Having worked for several years with Alius Makackas, interiors and art consultant at Paul Smith Ltd, we are hosting a wonderful exhibition of contemporary art, curated by Alius, in our showroom in Chelsea.

“When Alius approached me to host Daydreaming it seemed like the perfect accompaniment for our our new Cloud collection, which we are launching at almost the same time” ~ Tom

The exhibition, which shows the work of several emerging contemporary artists, will be in the showroom for a month, from 10th May – 11th June. 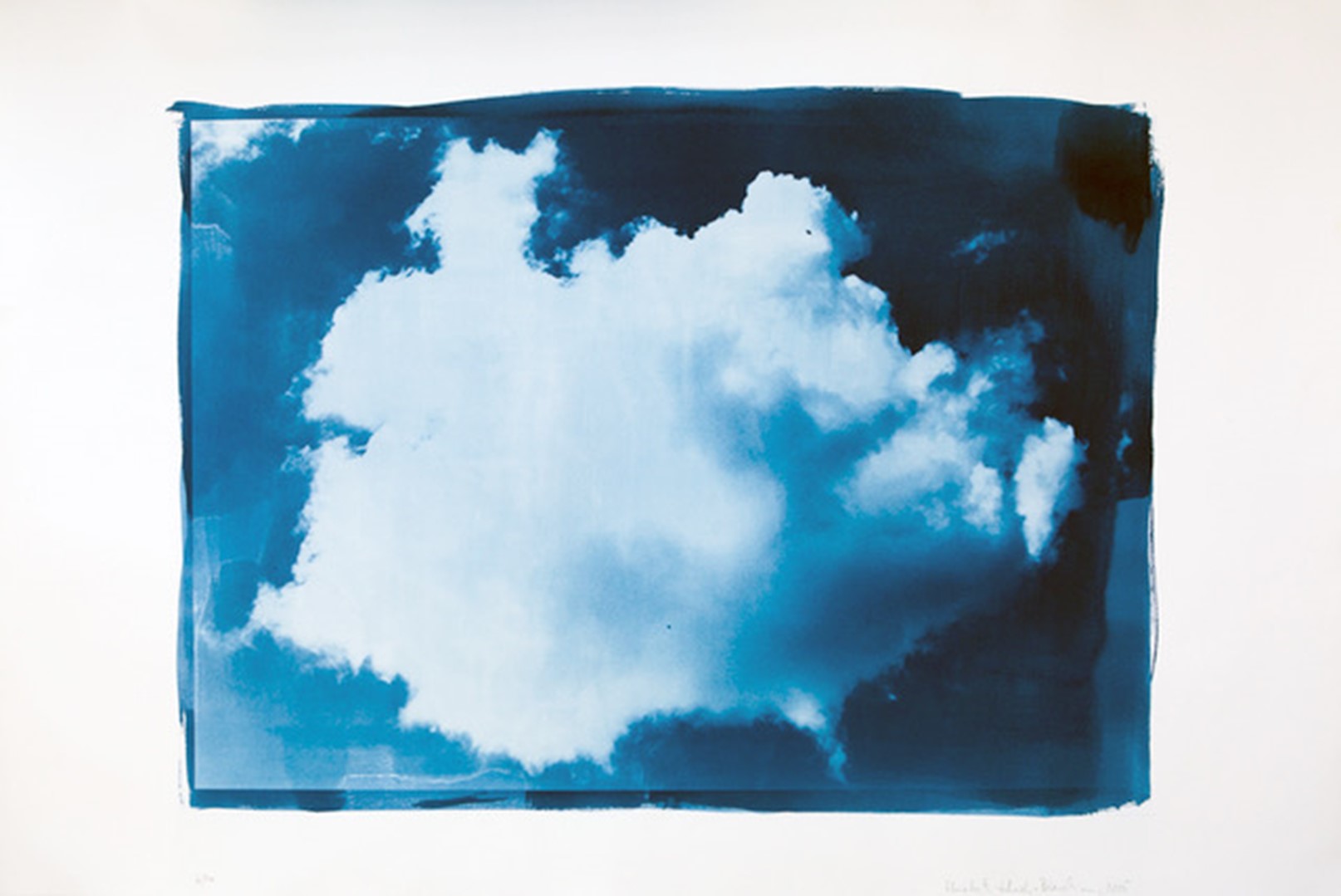 Elisabeth Scheder-Bieschin was born in Hamburg where she studied Visual Communication at the University of Fine Arts. She works in London as an artist and commercial photographer with an interest in early photography and traditional darkroom processes. She has an MA in the history of photography and has shared her knowledge through workshops at the Wallace Collection and Central Saint Martins in London. Her clouds included in this exhibition are Cyanotypes, one of the earliest and simplest forms of photographic documentation, a process invented in 1842. Her work has been included in exhibitions at the Royal Academy, the National Portrait Gallery and Paul Smith’s showrooms in London and America.

John Stewardson
‘The Sea & The Moon’
A series of eight monochrome platinum palladium seascapes centred around the immensity and meditative allure of the ocean. Inspired by the words of Rumi, ‘Let the beauty of what you love be what you do’ John has spent two years positioned above remote bays watching the falling moon and capturing the momentary magic of dawn. The platinum prints have an expansive, ethereal and elevating feel. Still frame moments of a world in otherwise perpetual movement and fluid motion. The series marks a return to John’s original starting point, combining his love of the natural world with the tonal subtleties of a 19th century hand painted printing process. A sensory study of the transient and restorative nature of our oceans and the eternal drama of the skies that both form/transform above.
‘The subtlety of nature is greater many times over than the subtlety of the senses and understanding.’ -Francis Bacon 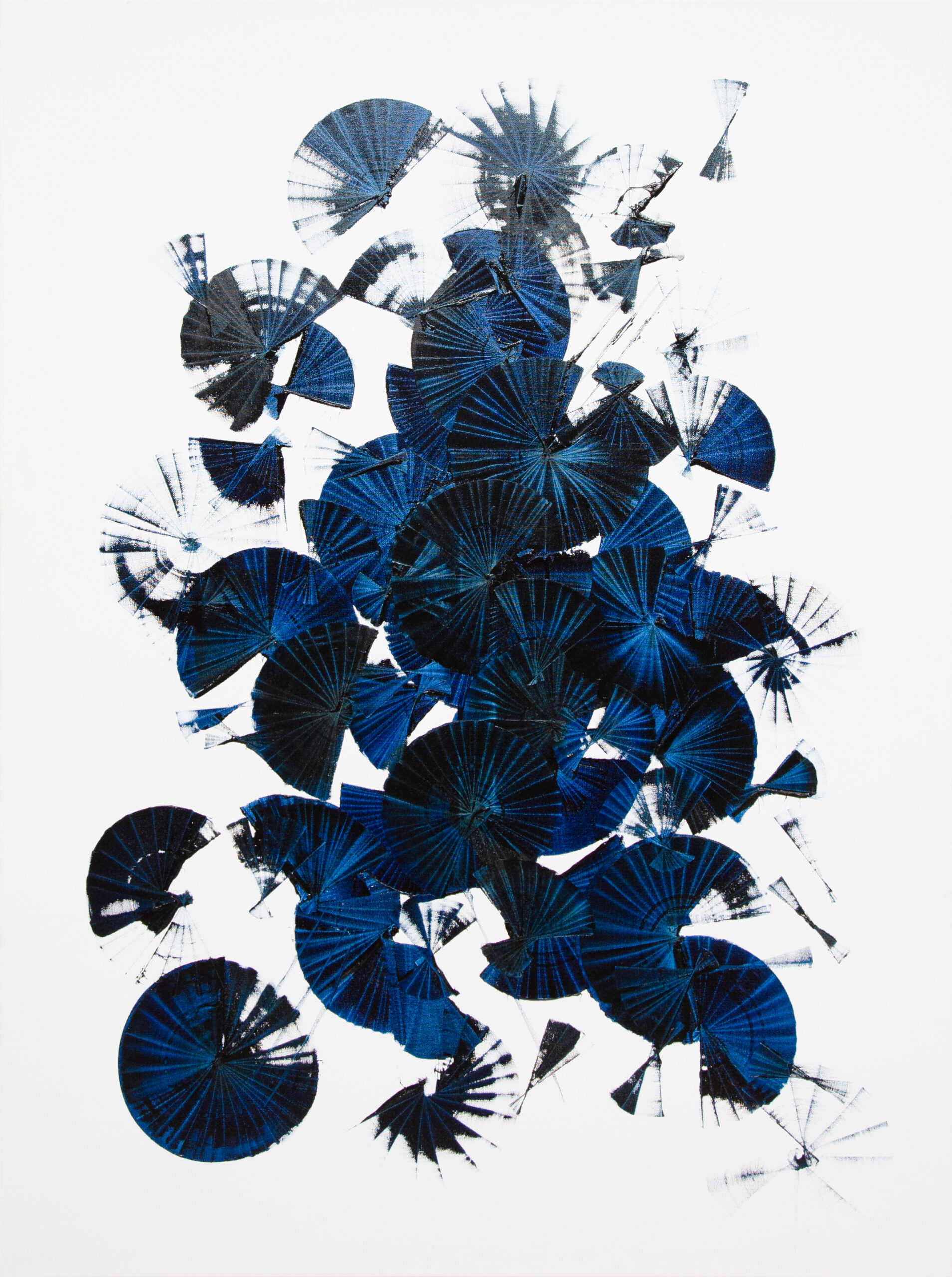 Mila Morton is an artist based in the United Kingdom whose paintings have been exhibited in England, Russia, the Netherlands, China, and Germany. In addition, her art has been featured in publications such as VOGUE BRITAIN, Unvarnished, Art Reveal Magazine, etc. Morton’s abstract pieces convey beauty, delicacy, and the power of nature. She most often creates using oils, acrylics, and ink on paper or canvas. 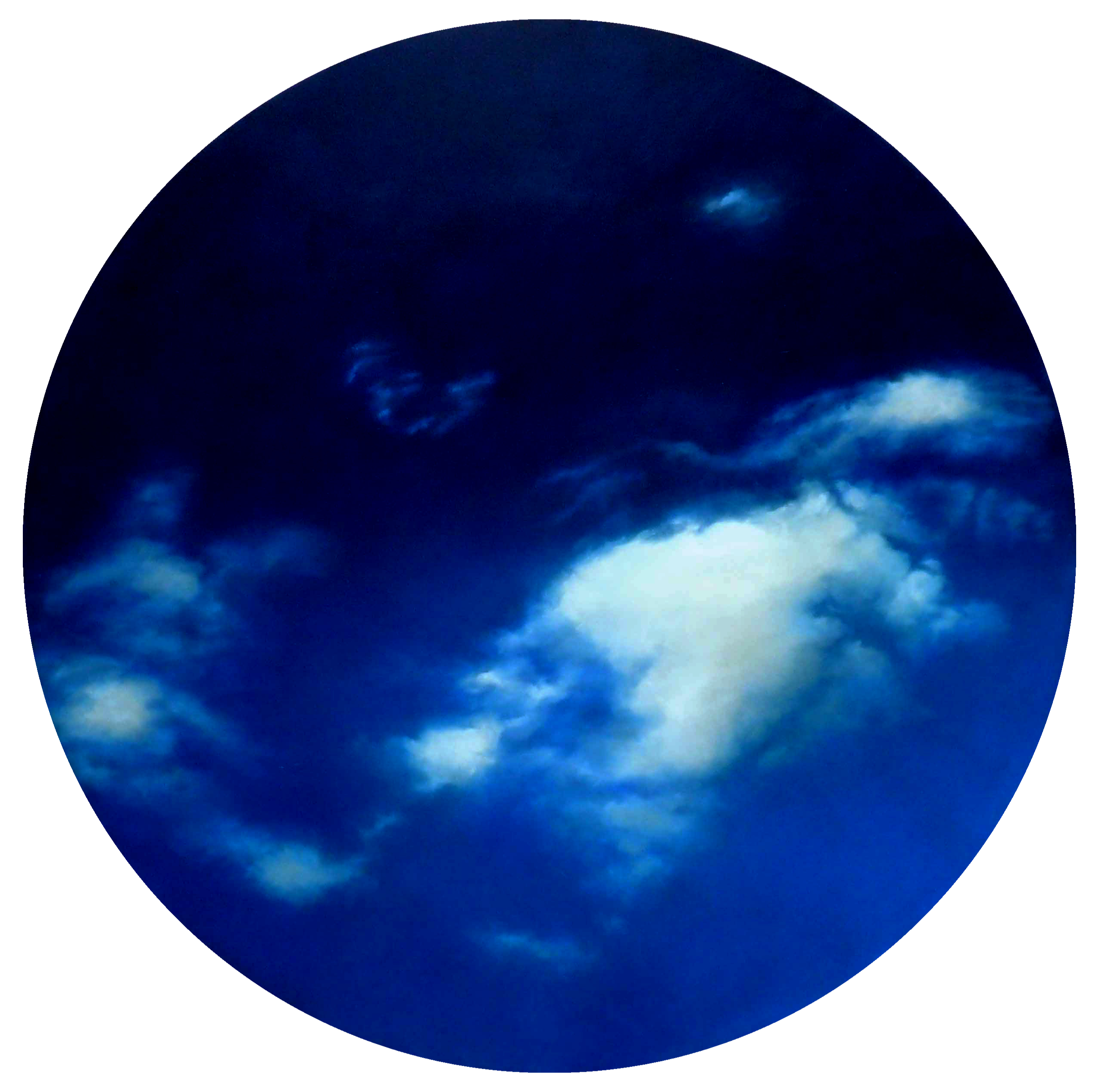 Eva’s paintings principally focused on the theme of landscape, natural and methodological phenomena, images alternately abstract and realistic with evocations of motif. These atmospheric images resist simple perception and analysis both based on memory of the observation taken from nature and transformed onto canvas. It is vital to me to capture the subtle changes of weather and the elemental forces of nature, the dramatic, the cataclysmic factor, the tensions and vibration of landscape. Paintings are untitled or with laconic titles for it should be felt not interpreted. Large scale of the oil images play an important role in creating a desired dramatic sense of nature. Paintings of clouds are an idea of materializing the immaterial, painted from remembrance and impression. Clouds are unrepeatable, unfixed, universal, Heavenly, in eternal movement, visible but intangible, constantly changing in shape, form, pose, argument, unburdened by memory of any kind, encouraging diverse interpretation, generators of imagination, oneiric. Equally important as the motif is the process of creating, exploring the possibilities of colour and light, both in traditional oil technique of the Dutch masters and spontaneous strokes of brush “alla prima” characterized by an abstract overall structure. 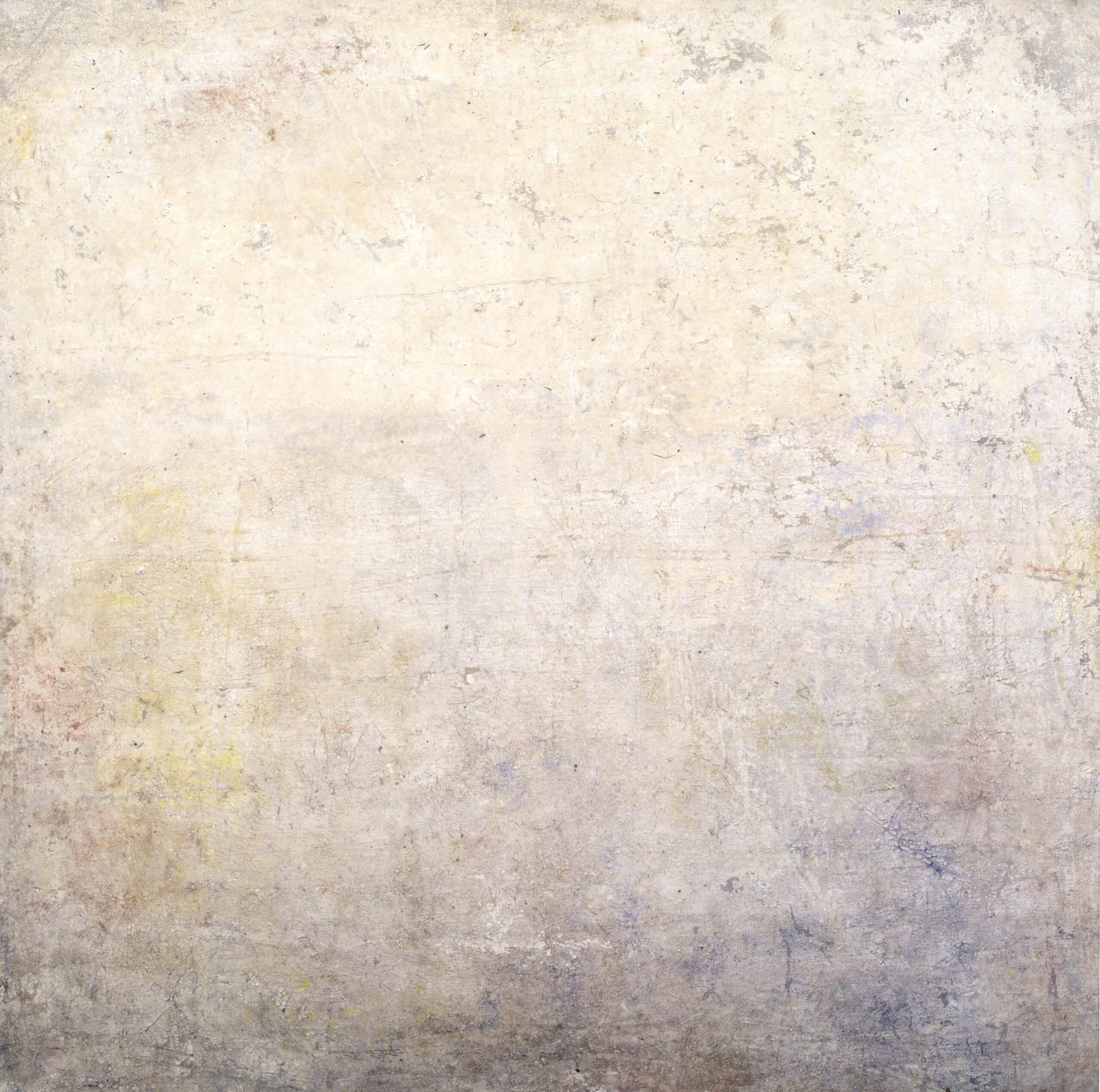 Born in 1983, in Winchester, he studied Art and History of Art at Winchester College, graduating from University College London, and continuing to attain a PhD. Recent UK exhibitions have included shows at Cadogan Contemporary (2016) and the Jonathan Cooper Gallery (2016). In 2017, he exhibited with Y.Z. Kami and Monir Farmanfarmaian, in an exhibition entitled the Garden of Mystery, at Asia House, London, supported by a panel from the British Museum and Courtauld Institute of Art. In 2018, he was shortlisted for the Sunny Art Prize and Royal Society of Marine Artists awards. 2018 saw his work exhibited in Italian, Russia and German institutions. His work can be found in private and public collections across the world. 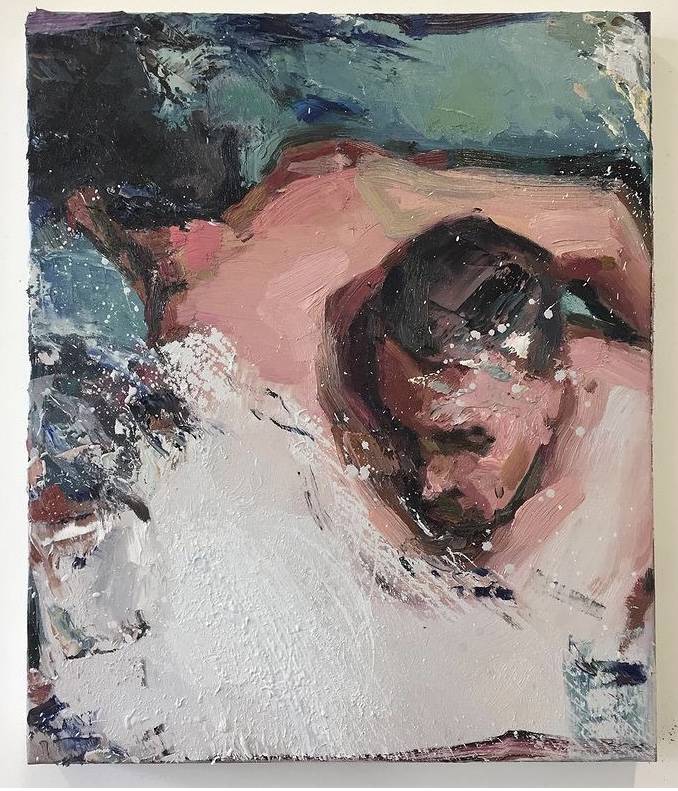 Andrius Zakarauskas
Andrius Zakarauskas studied painting at the Vilnius Academy of Arts. Since 2004 he has been a participant in various group exhibitions in Europe, China and the USA, his works have been presented in prestigious galleries and contemporary art fairs. Since 2005 he has held several solo shows in Lithuania and abroad. In 2009 he became the winner of the competition “Young Painter Prize”. In 2011 Zakarauskas received a Young Creator Award from the Ministry of Culture of the Republic of Lithuania. The artist’s works are held in the collection of National Gallery of Art, Mo museum, Lewben Art foundation, Ole Faarup collection, All Saint’s Church, Church of Mary and other private collections in Europe and Northern America. 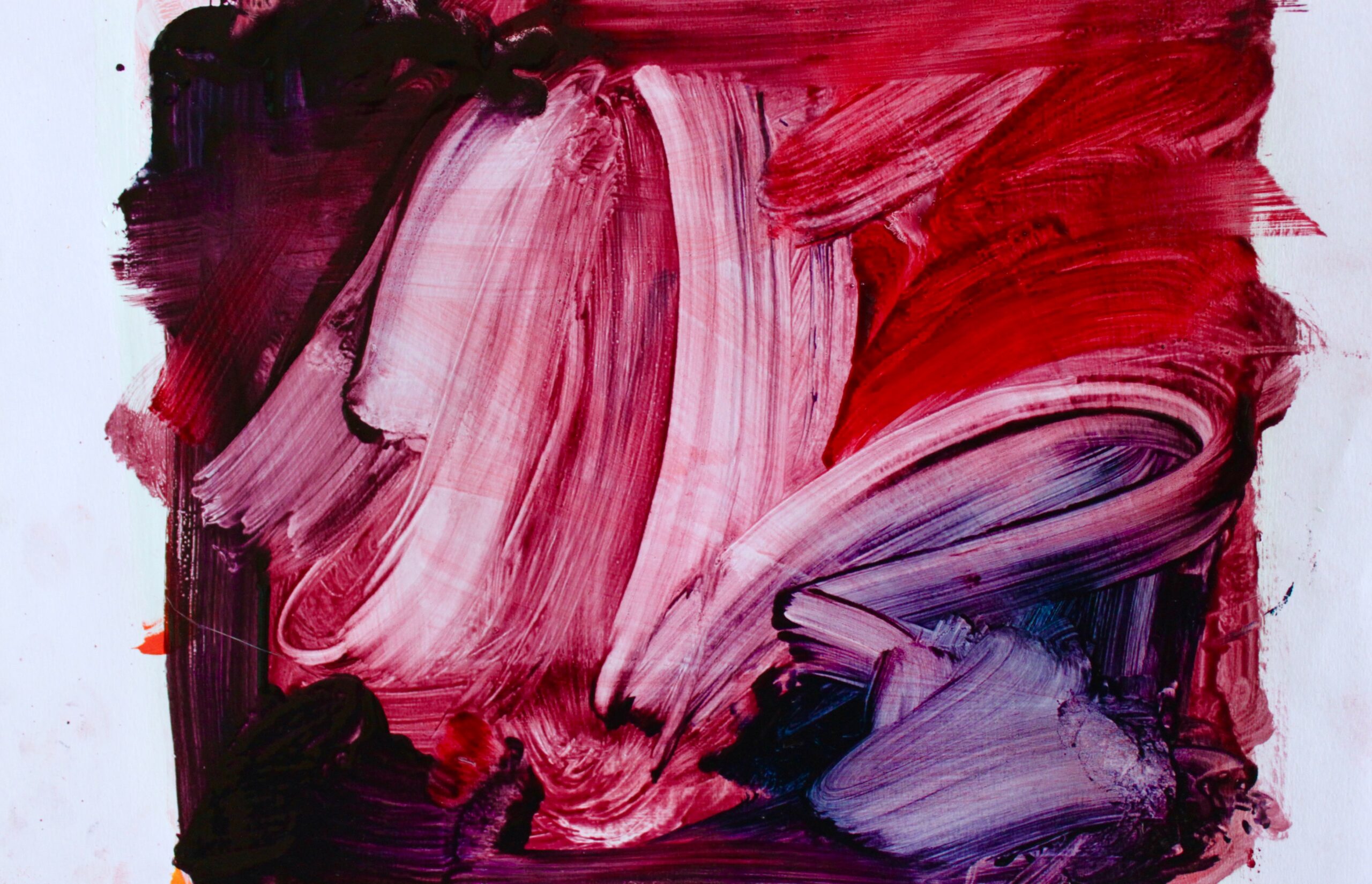 Glasgow based contemporary artist Lily Macrae’s work explores the compositional chaos and power struggles portrayed in the work of old masters such as Peter Paul Rubens. Here in her interest lies in their ability to deliver a timeless portrayal of humanity. Macrae reinterprets the iconic scenes to learn from the human architecture, playing with the traditional intentions of this imagery.
“Re-imagining stories to highlight their power, beauty, and often absurdity and exploring how they play a role in a contemporary narrative, I want to hint to each works ancestry, and question our ineluctable relationship with the past. Learning from the diagonal schemes of composition, filled with figures and climactic movement. I draw from elements of old master’s paintings, drawing the viewer into a vortex of drama and action which they can then step back from and disentangle.
The conceptual origin of my practice focuses on deconstructing the language of the Baroque and examining the process of painting itself as being simultaneously an act of both excavation and construction. I construct images which collapse and are lost, then rebuilt layer by layer. Placing as much emphasis on the absent, reminiscent mark as the form that remains in a painting. Considering the fleeting nature of the painterly gesture, each image melds from one form to another; dispersing; fading in and out of focus and intensity. The idea of using traditional mediums to open up a dialogue between contemporary painting and the relationship between meaning and the decorative inherent in painting intrigues me.
I paint in an almost negative way – applying the paint and then wiping it away – searching through each layer for earlier shape and form and attempting to reveal what lies beneath the surface of each work. Each painting is an excavation process, attempting to visualise something that has been forgotten”. 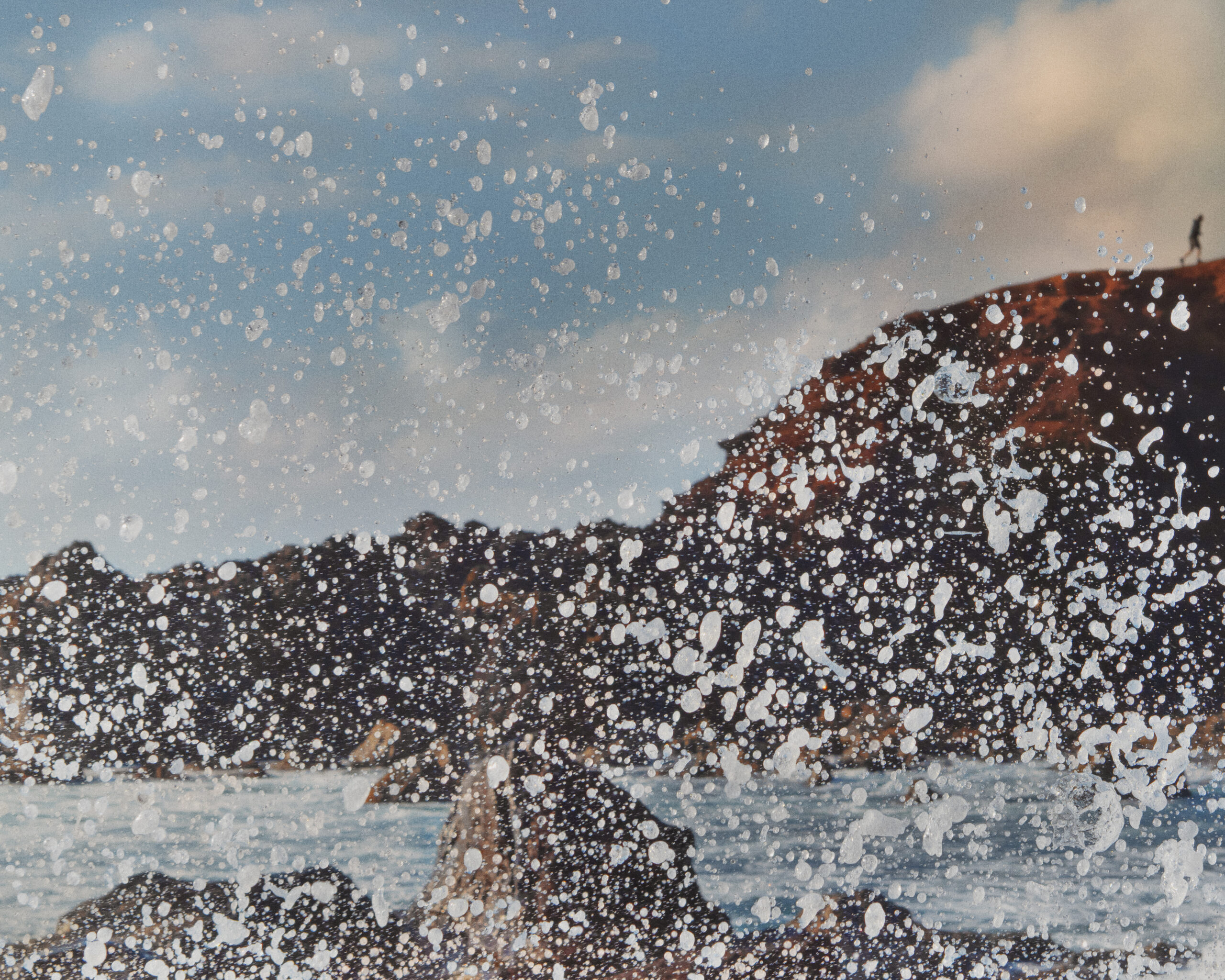 Ella Batsis a French photographer and artist based in Paris. After graduation in art and graphic design, she attended the Gobelins’s school of photography and graduated in 2017. She works predominantly in art, fashion and portrait photography incorporating the use of paint and material effects, explores the inner world of individuals and tries to find ways to visually project those worlds ‘By getting to know my models, I can create a true representation of who they are. For me, photography is the art of constructing a world as well as learning about other people.’

Drop in to see the exhibition from Monday 10th May. If you can’t make it to the showroom in person, you can view the catalogue of artists’ work online: Daydreaming[1]