The Unity Console Table by Amy Tsao stood out as this year’s top design in Tom Faulkner’s latest console table competition with KLC. We think you’ll see why Tom was particularly struck by Amy’s bold, modern vision. Though, to offer a bit more background on how the final product came to fruition, we got down to the details in an interview with Amy… 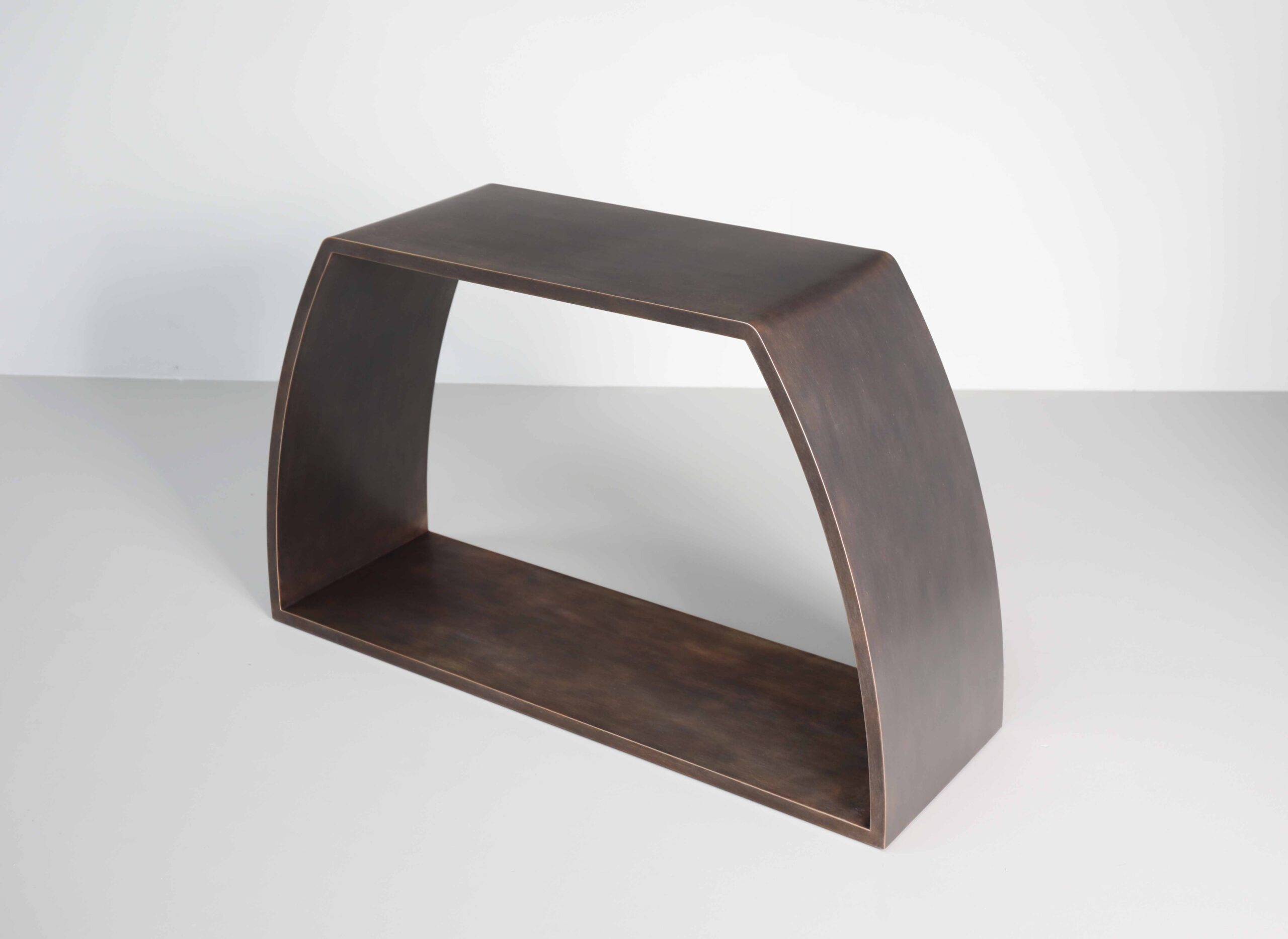 What were your points of inspiration in designing the Unity Console Table?

I had just finished a project at KLC, in which the tutor was extra focused on graphical representations of concepts, so my mind was still kind of in that place. And it truly was a miserable time. We were sick from Covid during the Christmas holidays, but the prior months leading up to catching the virus weren’t much better, with only neighbourhood walks to break up the days a little. I suppose I was on the lookout for signs of hope. I had snapped a pic of the rainbow at the end of my road one nice day, and when it was time to work on the table competition, I thought of the picture, and all the NHS rainbows that people were sticking up in their front windows. That’s how the design process began. 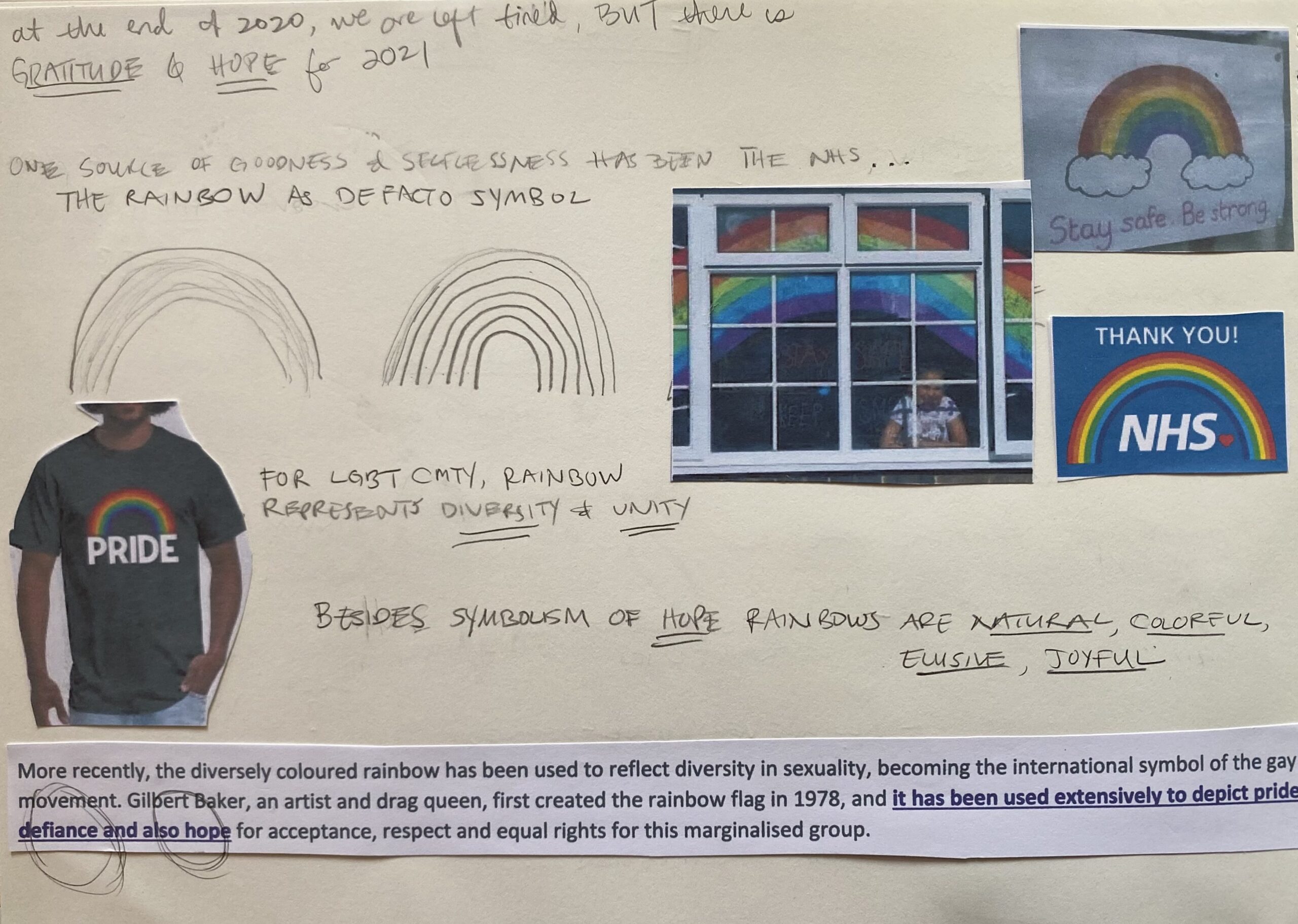 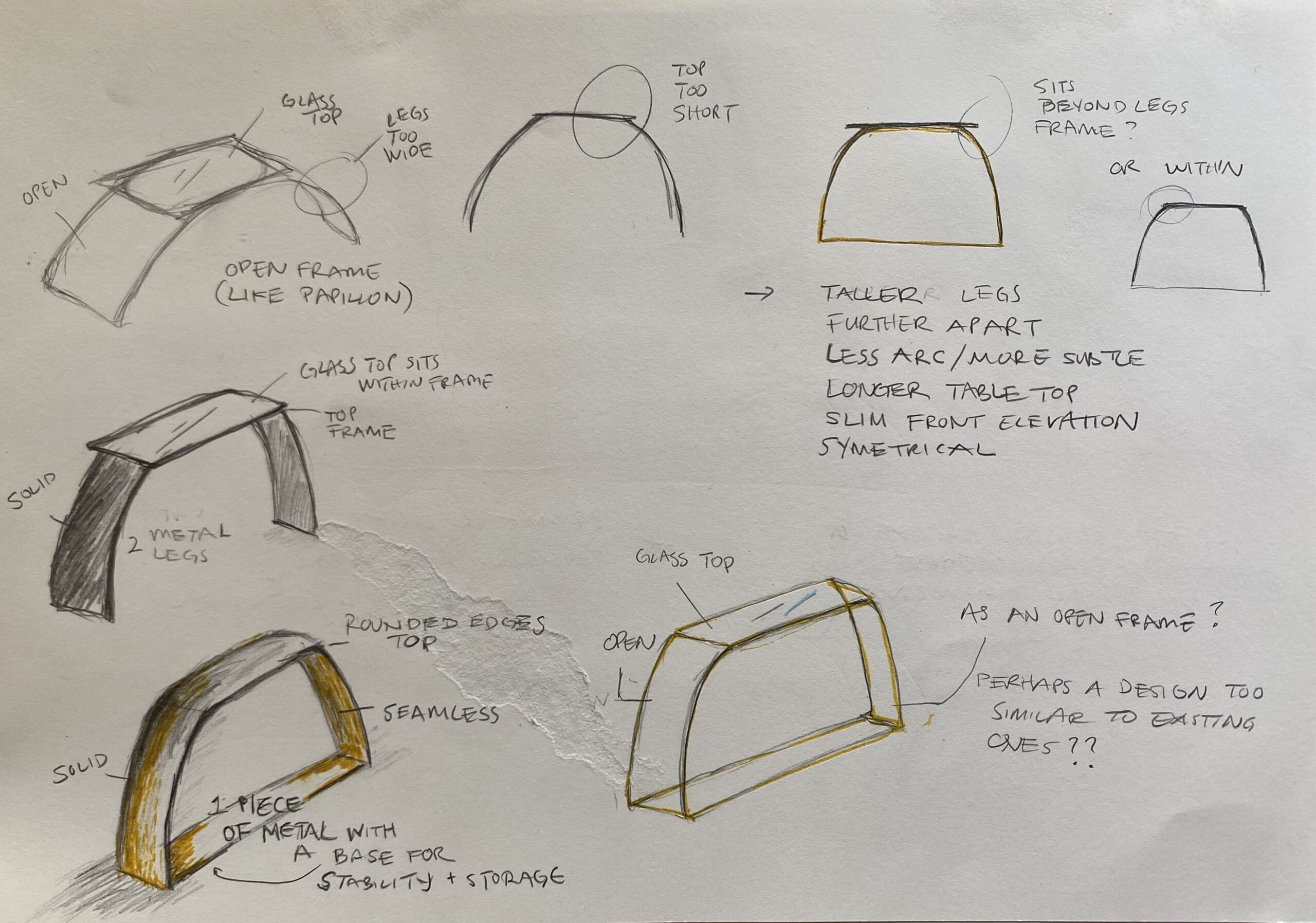 What did you find surprising about the process of producing the piece?

I loved the visit to the workshop in Swindon and learned so much. It was surprising to learn how many people, and how many hours, were involved in bringing the table to life. To achieve the intended seamless feel of the Unity table required such attention to detail – details I had not considered myself. 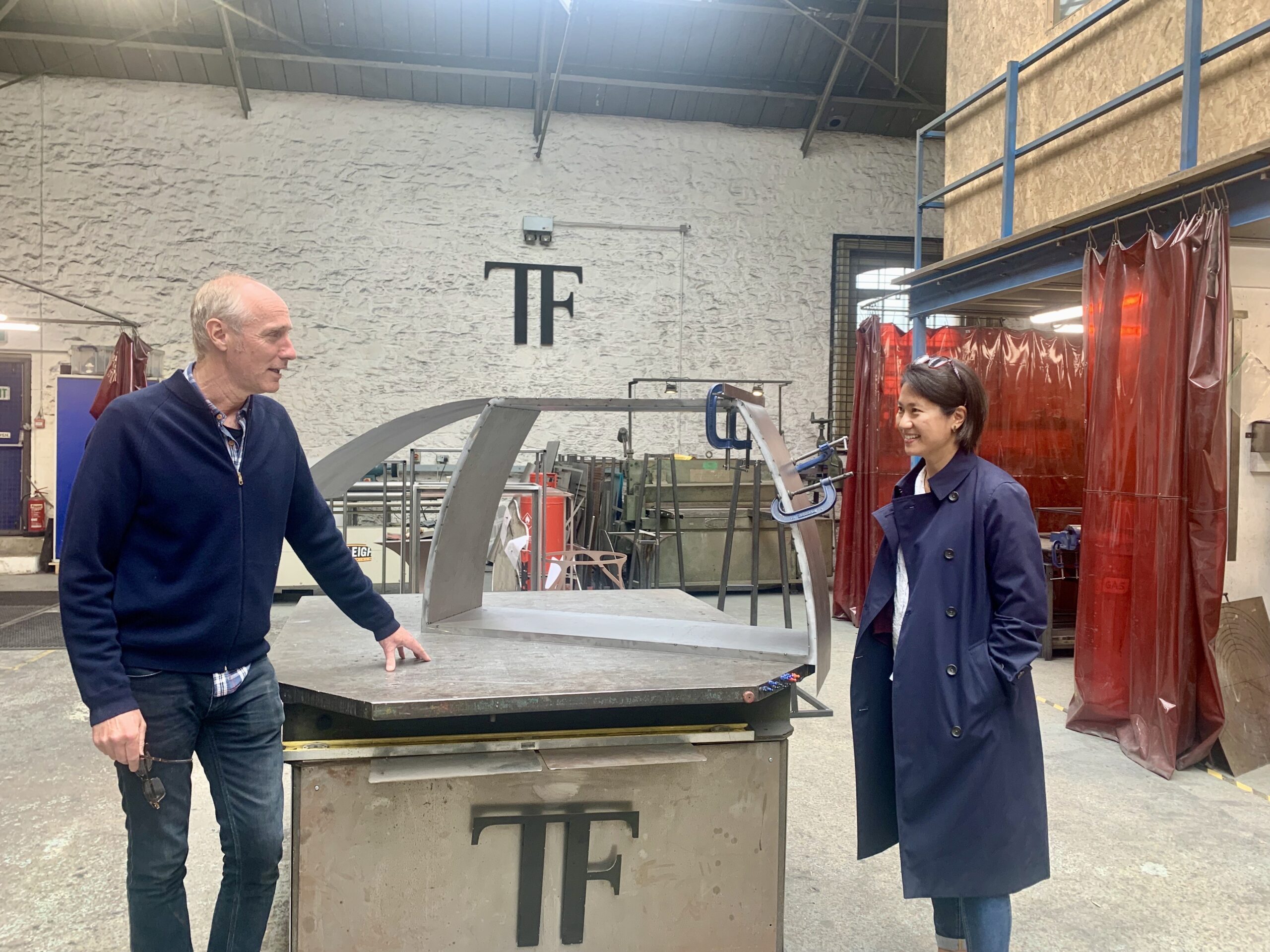 Tom and Amy at the Tom Faulkner workshop, featuring her Unity Console Table in production 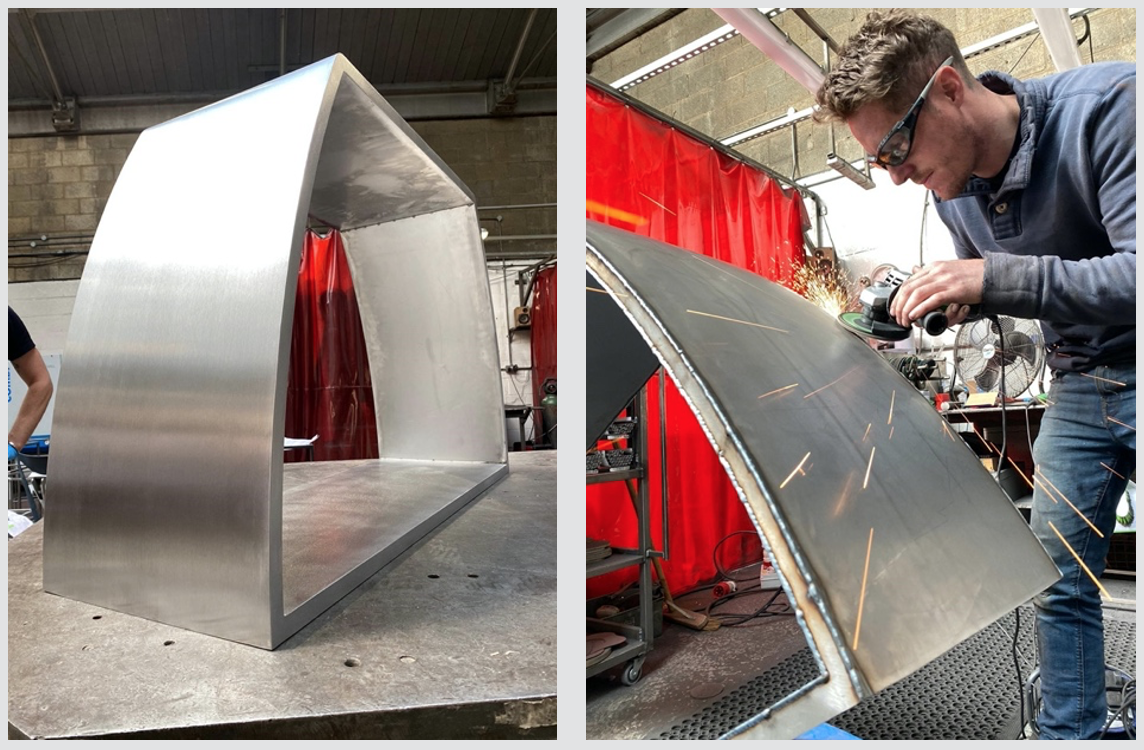 Did your vision for the finished product change over the course of production?

Tom and his team really came through on the original vision, and I think there is no mistaking the rainbow origins of the table. For my part, I definitely wavered on the finish of the table, but ultimately went back to the Rose Pewter finish I had liked in the first place! 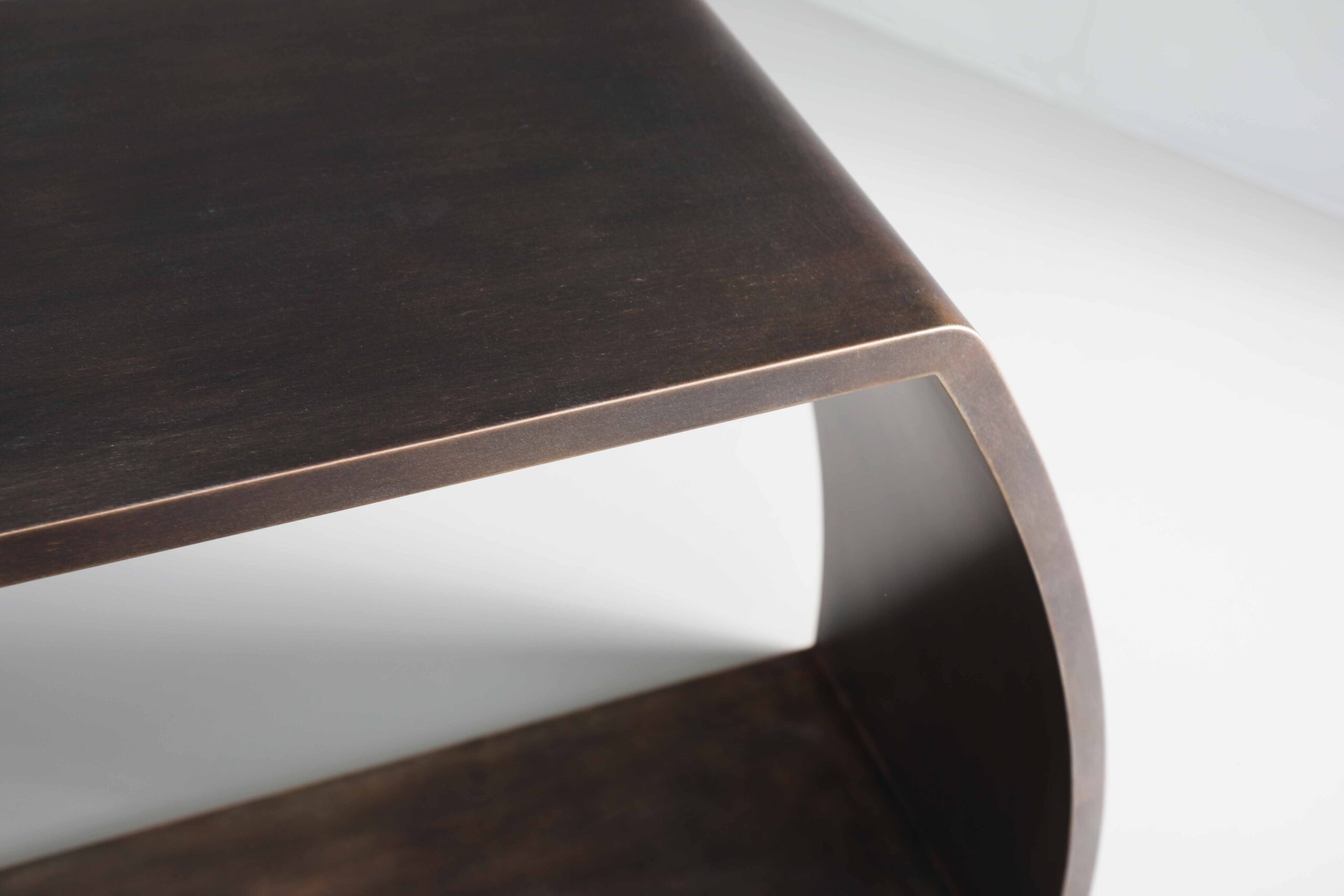 What was your favourite part of designing the table?

I loved making the models during the design development process. I didn’t have access to a lot of materials at the time, so used what I could find around the house: the aluminium sleeve that holds votive candles, paper clips, and some modelling clay. That was a really fun part of the process that helped me decide on the final look of the table. 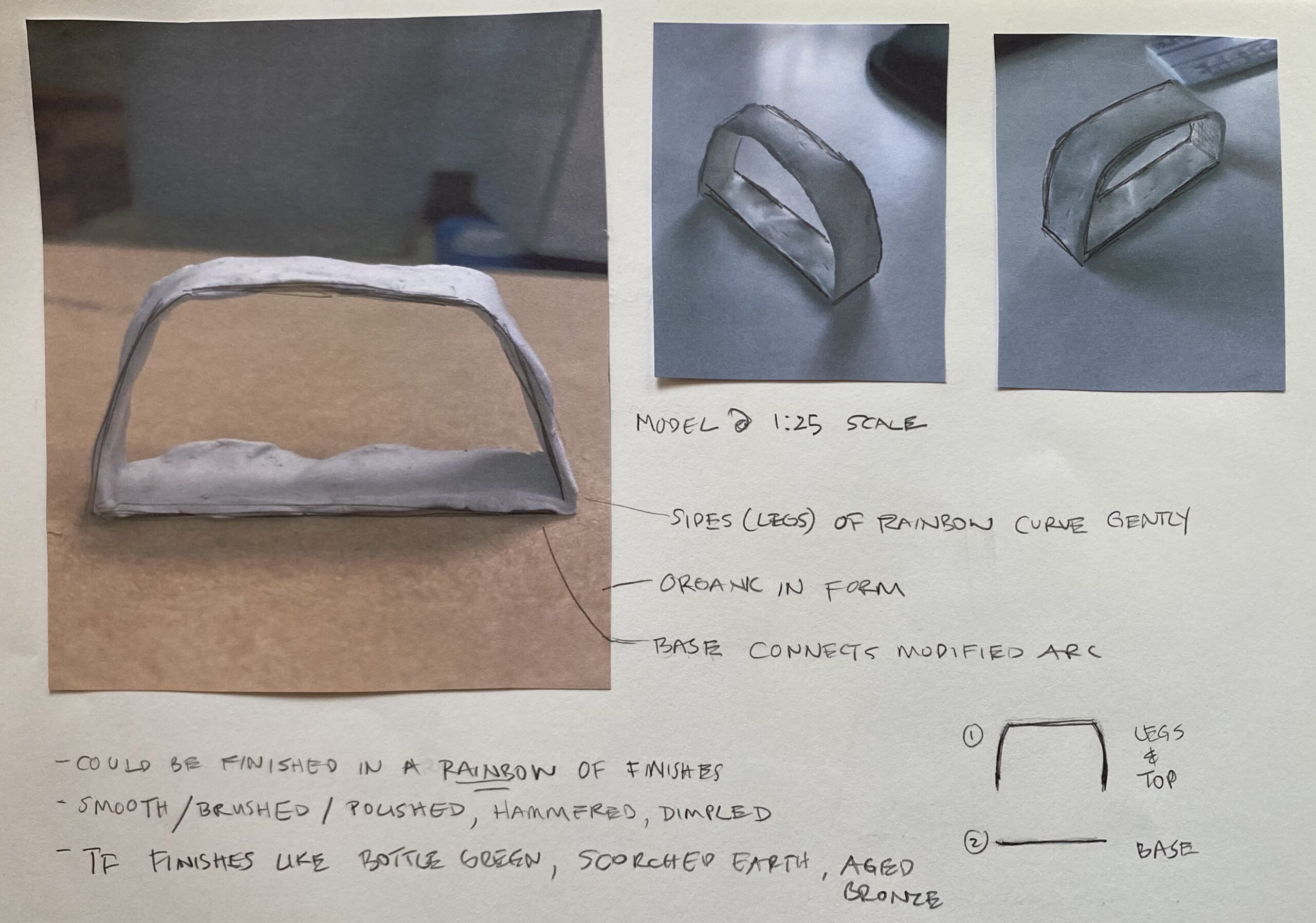 Did you learn anything about yourself through the project?

I found real satisfaction in developing the table, telling its story, and even coming up with its naming. I learned that going through the design process is something I’m always up for.

Can we expect to see more furniture designs from you in the coming years?

Definitely. I’m a big fan of useful and beautiful furniture, with a modern and bold aesthetic. So, I hope I’ll have the chance to create more pieces in the future.