There’s quite a lot of cross-pollination that goes on between design disciplines. It’s difficult to corral creativity into any one neat box. It’s liable to overflow from one challenge to the next without much regard for artistic borders. This transference of skills and perspectives into diverse arenas of design often engenders a pioneering spirit and gives way to truly original objects. Fashion design is no different. Cutting-edge studios like Kassl Editions have taken to cleverly upcycling offcuts into furniture, here with the help of established makers, Muller Van Severen. Some sartorial stalwarts – take Hermès for example – have combined creative forces with product designers like Jasper Morrison in service of a common ethos. Even British fashion maestro, Paul Smith has breathed new life into icons of design like the Anglepoise Type 75 Lamp. The fact is, good design is good design, and that’s true across disciplines. All the better if we can strip back the borders between them and let the imagination run wild. 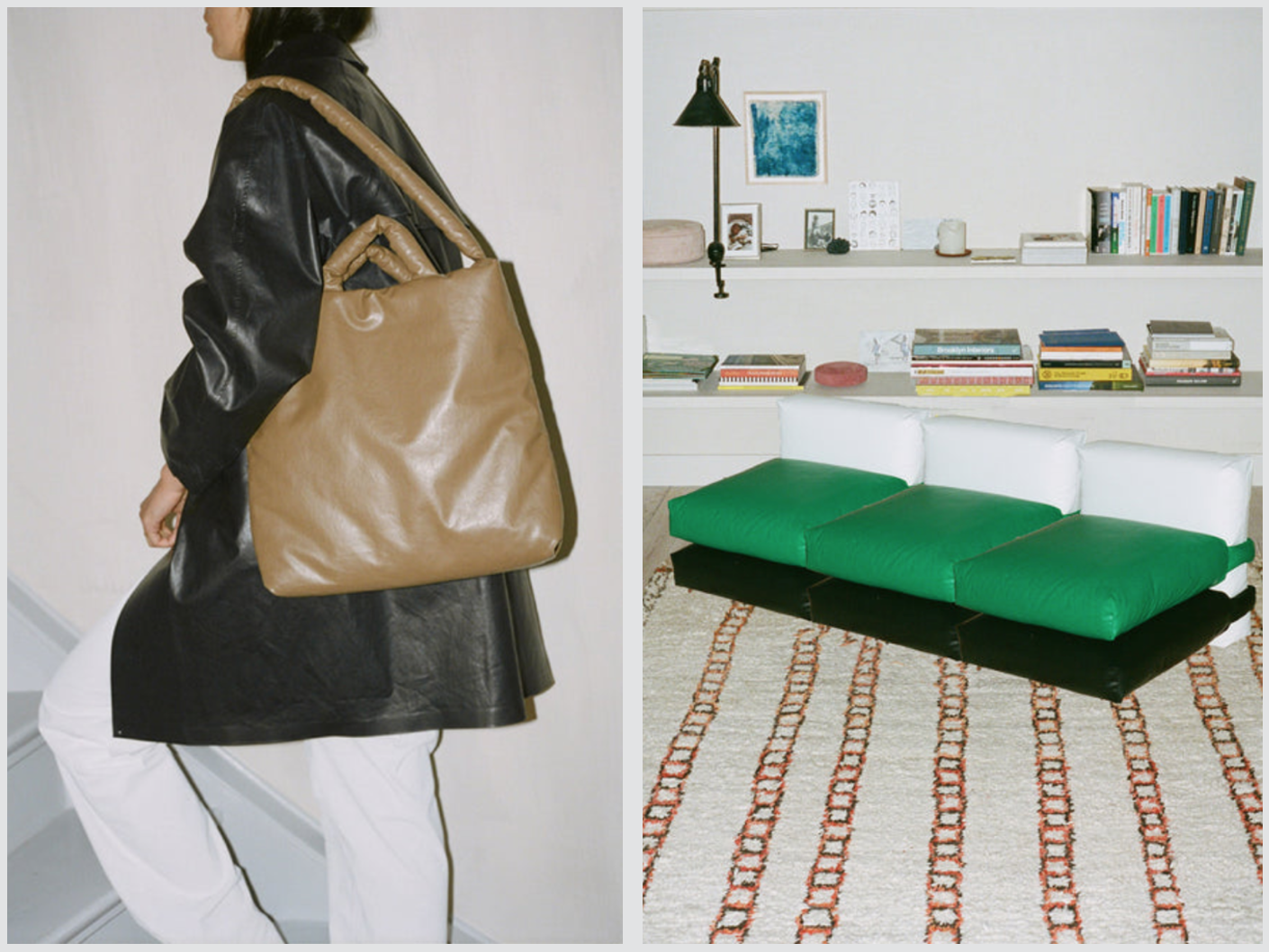 Kassl Editions is a small Belgian fashion house established in 2017. They resolved to offer a very focused product range, making those integral pieces the best they could possibly be. Inspiration came from an old fisherman’s raincoat, leading Kassl Editions to experiment with minimalist oiled cotton coats. They found themselves with surplus material, which they cleverly adapted into bags. This cycle of repurposing captured their imagination, and they soon cast their sights on designing large-scale modular seating. This is where Belgian design duo, Muller Van Severen comes in. 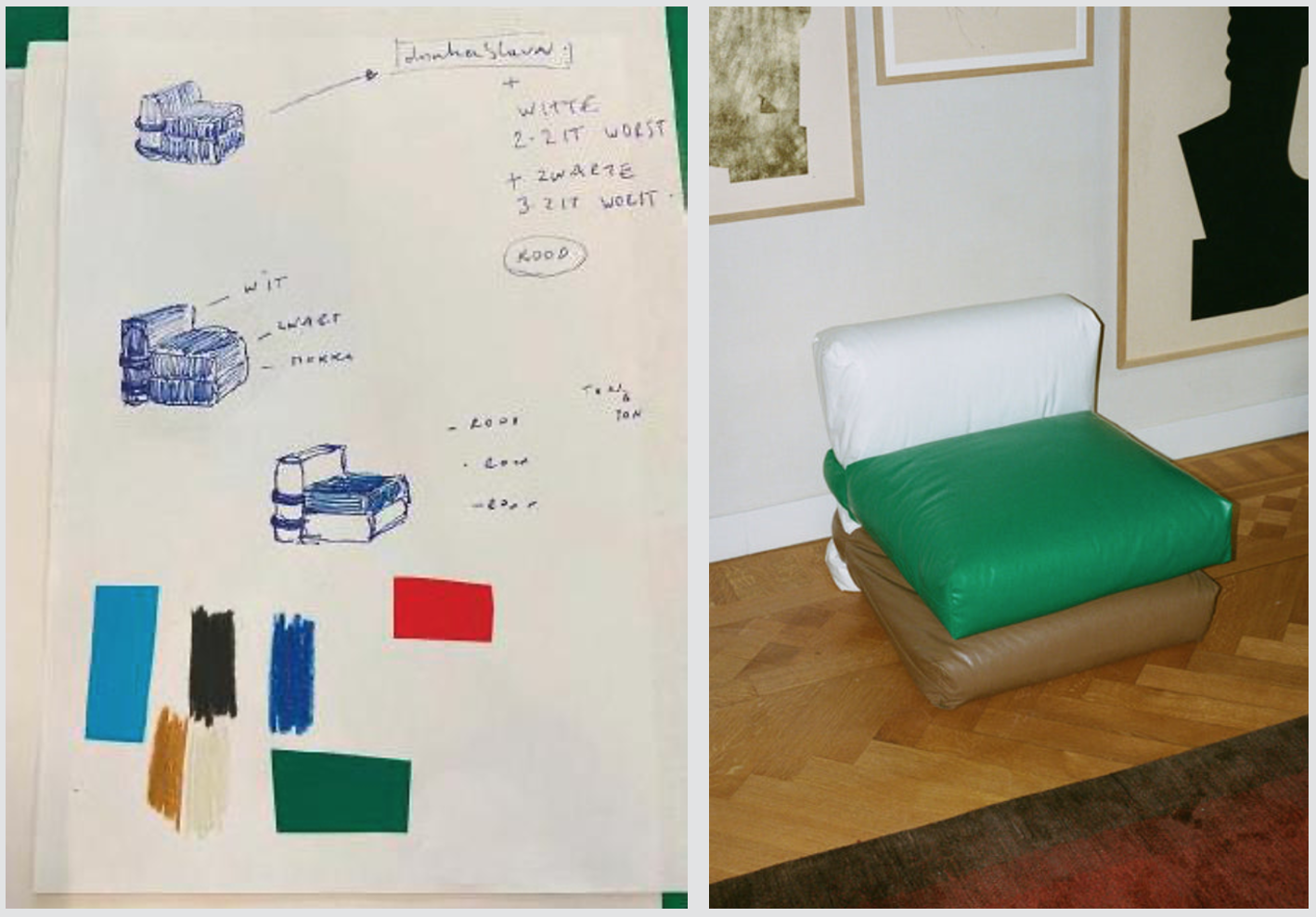 The two teams got together, Kassl Editions toting a selection of their ‘Bag Pillows’ as inspiration and leaving them neatly stacked in the corner. Muller Van Severen quickly captured the scene on paper and that compact stack of bags became the basis for a modular sofa design, with pillows slung around a backrest. Kassl Editions’ surplus materials were put to work and the project began to take shape. The tiered structure of the piece lent itself beautifully to colour-blocked variations with a paired-back yet impactful aesthetic. The material made the pieces waterproof, robust, and highly functional, tying in with both firms’ goal of creating ultra-high-quality products to last a lifetime, winnowing down consumption in favour of enduring style and functionality. It’s all very Belgian and very cool. 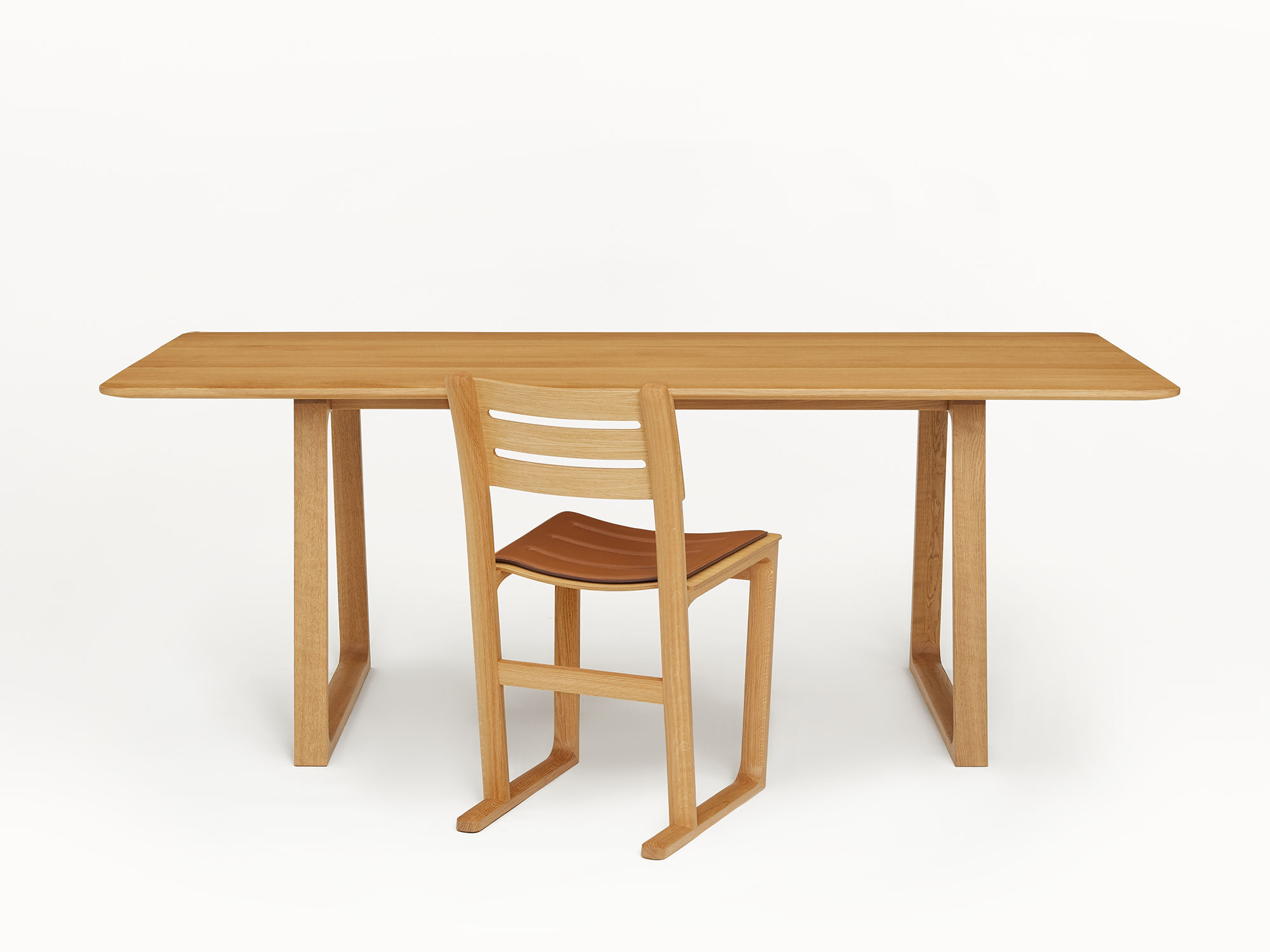 Hermès has a long history of working across design disciplines. They even collaborated with Jean-Michel Frank, applying their saddlery expertise to upholstering his pieces. In more recent years, they teamed up with British product designer, Jasper Morrison to deliver the Equilibre d’Hermès set, comprised of a chair, armchair, and table. The pieces are forged in natural oak and finished with removable saddle-stitched leather seats. 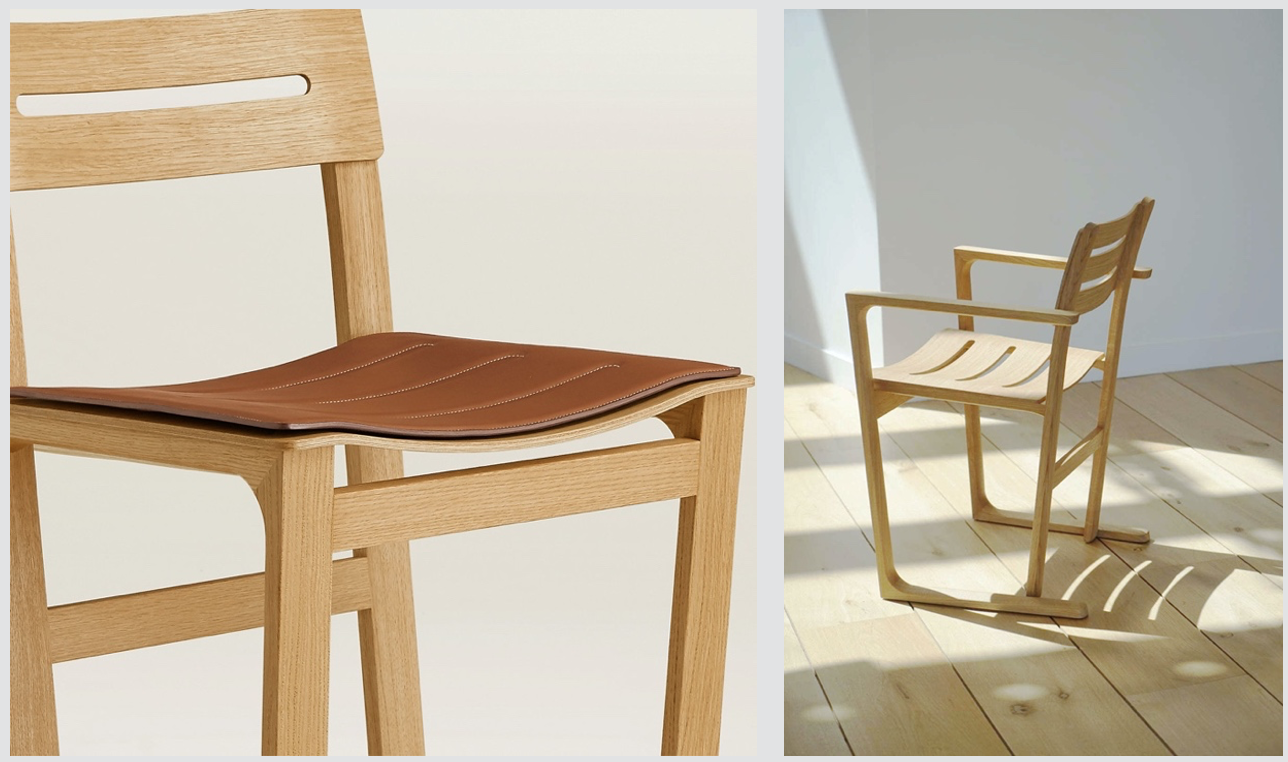 There’s a certain warmth to the set, inviting and unassuming with a soft, natural materiality. Hermès sits at the top tier of luxury, although one gets the sense that word – luxury – is not one they would like to see used. These products are refreshingly understated and beautifully simple, embodying the ‘Super Normal’ ethos one associates with Jasper Morrison. 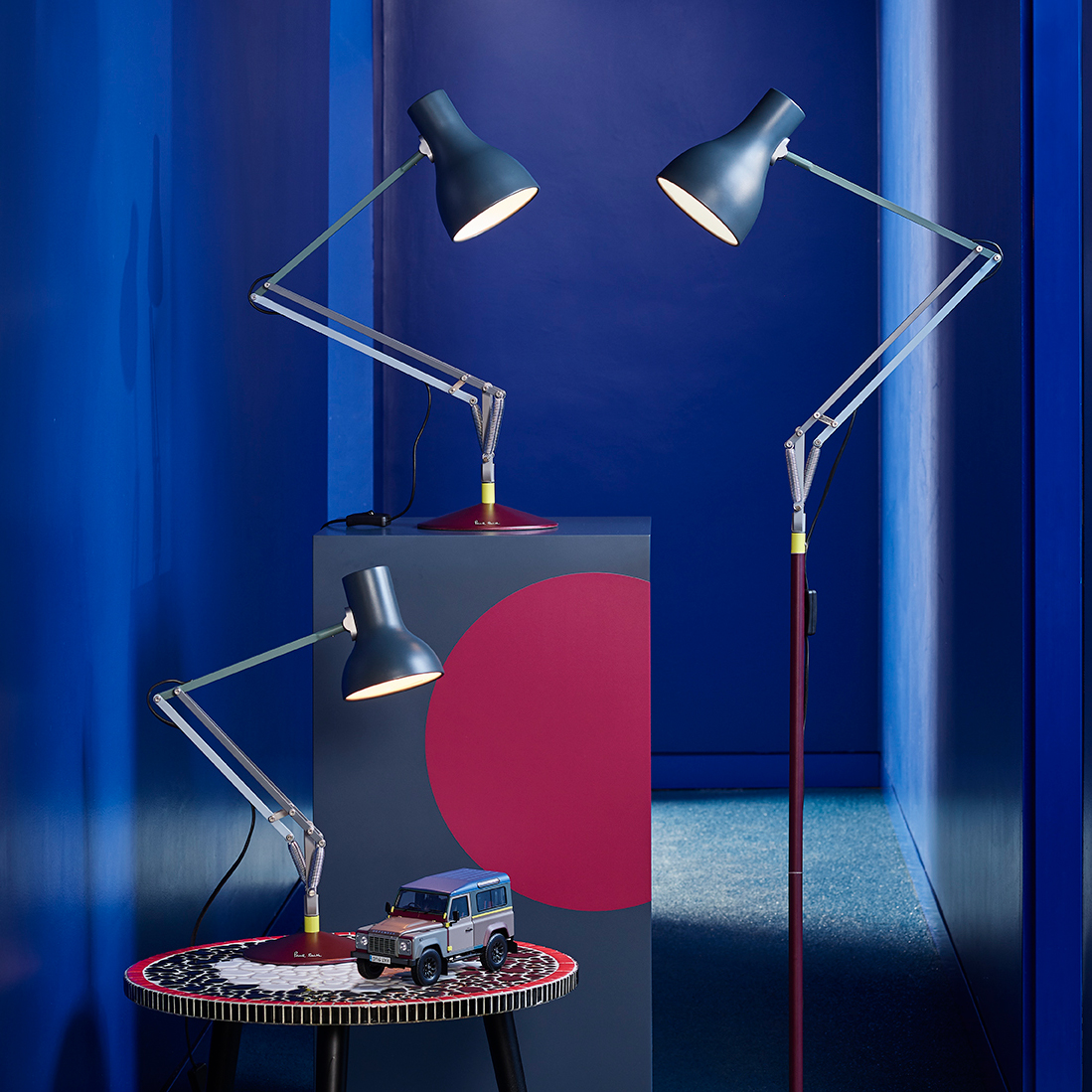 Paul Smith’s fashion designs are instantly recognisable, in no small part due to their vibrant, eclectic colour palettes. This same hyper-chromatic sensibility translates well beyond the realm of clothing, crossing into product design in the form of Murano glassware for Carlo Moretti, timepieces for Braun, and even a limited-edition Land Rover Defender. The British fashion phenomenon has also teamed up with Anglepoise to offer an invigorated edition of their classic hinged lamp. The lamp itself, designed by fellow Brit, Sir Kenneth Grange, is something of an icon of modern design. It’s simple and functional, and there’s a real beauty to be found in that combination. 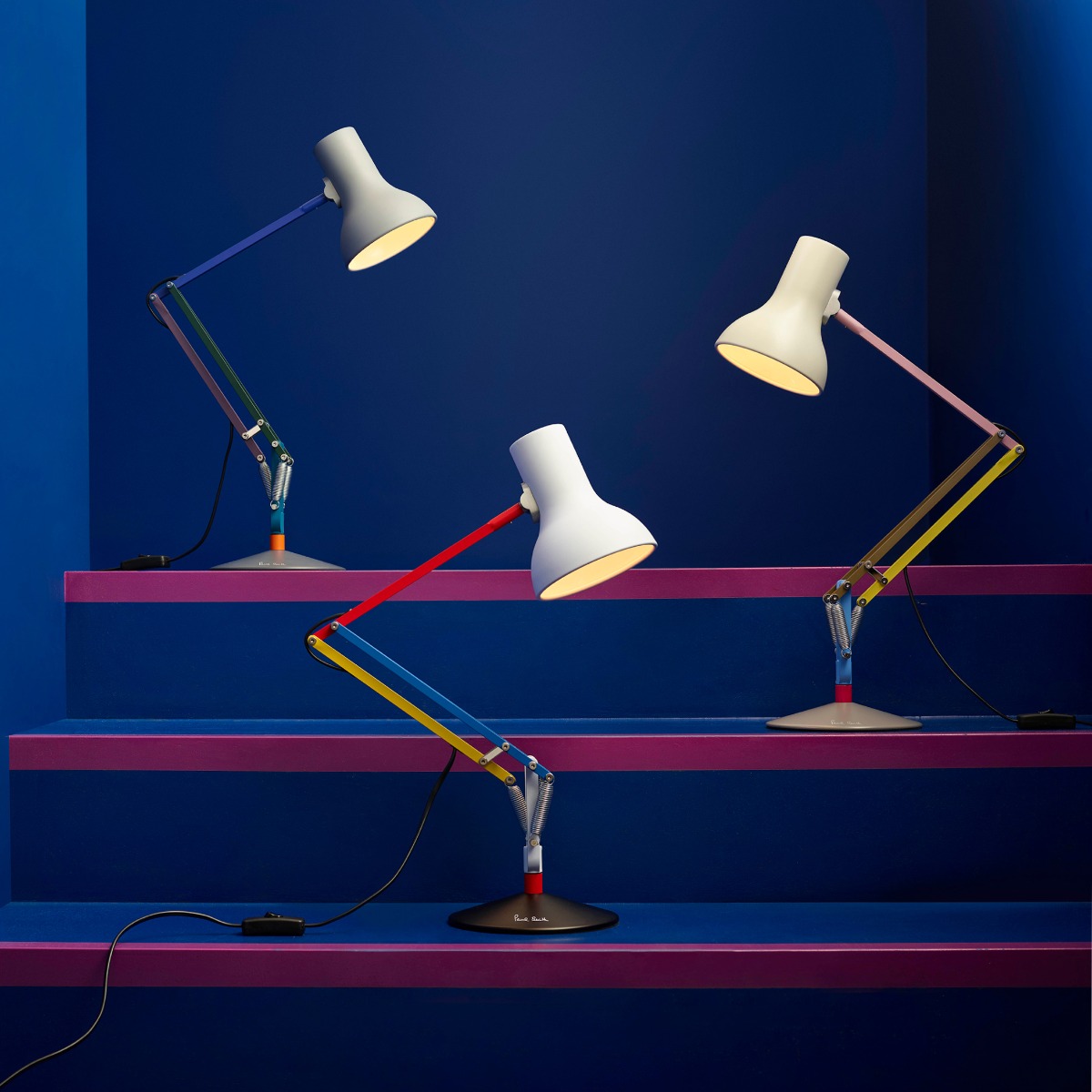 Paul Smith leaves the form of the Anglepoise Type 75 Lamp untouched and, instead, uses colour to emphasise each carefully calibrated element. His colours cascade over the design like confetti, articulating the spindly limbs of the lamp. The piece is available in four iterations, two of which take their cues from the seasons, adapted into slightly quieter autumnal tones and the spritely hues of summer, respectively. The third edition is an adaptation of Piet Mondrian’s classic De Stijl palate, featuring clear primary colours. Paul Smith’s fourth take on the Anglepoise lamp is inspired by the British countryside, complete with clay grey inflections, strips of earthy burgundy, swaths of sky blue, and dapples of canola yellow. The effect is invigorating to the iconic Anglepoise lamp, proving its enduring place in design as a true British classic. 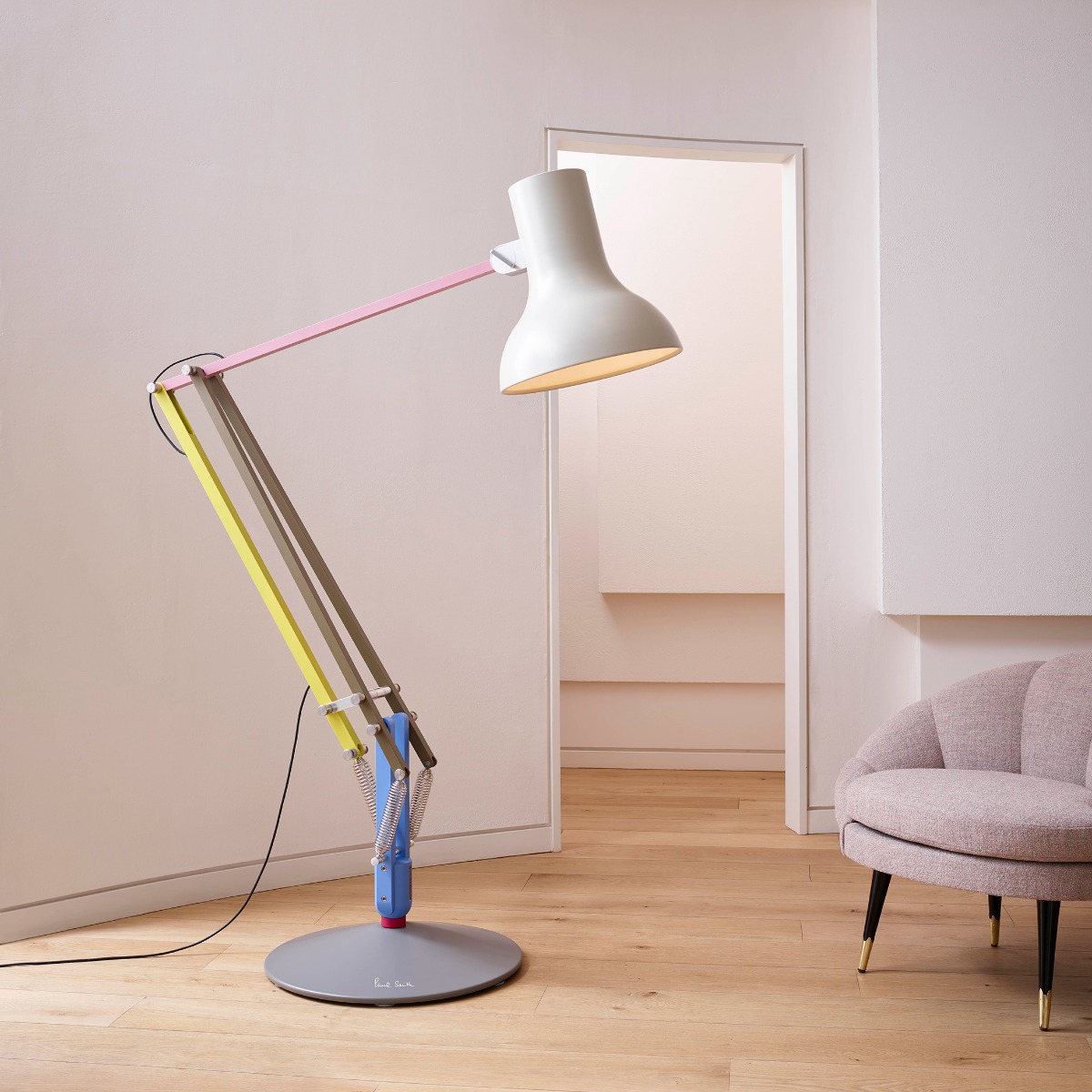 This free-flowing approach to design carries with it a refreshing stream of originality. A keen eye for beauty and functionality works across the creative spectrum – and this confluence of creative expertise has a way of dismantling perceived boundaries to open up new frontiers. The result is a broadening of design as a practice and a restructuring of how we interact with the objects around us.