Good product design is about making our lives easier. Sometimes that takes the shape of honing an existing object to its ideal form. Or it may be a case of inventing a product that, by all accounts, should exist. It’s a matter of being smart about materials and form, working with efficiency and consideration. Truly successful product design improves the functionality of our day-to-day – and hopefully looks good doing it.

Tom takes a critical approach to furniture design, with a particular interest in Modern ideals. Dieter Rams’s guiding notion of “less but better” is something of a manifesto for Modern product design, challenging creators to strip back an object to its fundamental, useful elements, finding beauty in their sublime functionality. To celebrate these works of everyday excellence, Tom has gathered ten iconic designs that stand out as products of this mentality, supporting us in our everyday pursuits and helping us to do more, better…

If you make a habit of leaving the house, you have seen an Anglepoise Lamp. They’re everywhere – and for good reason. As far as task lighting goes, it’s a natural choice, and has been since its inception in 1931. It was created by car suspension designer, George Carwardine, who applied new spring technology to ensure the lamp would hold its tilt without the need for finicky clamps. It’s a supremely functional piece of design that has yet to find a worthy adversary. 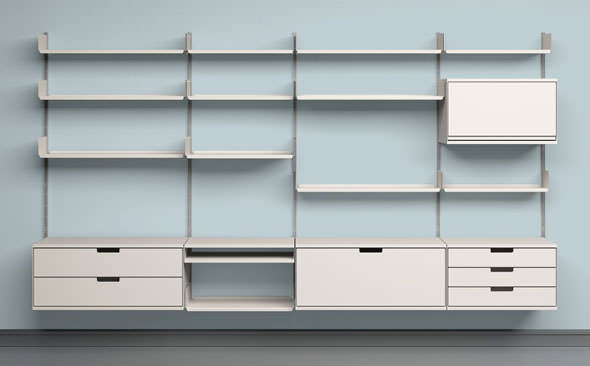 Dieter Rams remains a key architect of our everyday. He’s created countless enduring designs that facilitate our lives, and the 606 Universal Shelving System is one of his finest. He came up with the system in 1960, producing it alongside Vistœ. It’s a streamlined design that relies on function over form; though looking at it now, we can appreciate its stark, industrial aesthetic. Jasper Morrison has called it “the endgame of shelving systems”, so well-formed that “there is no point in trying to design another”. 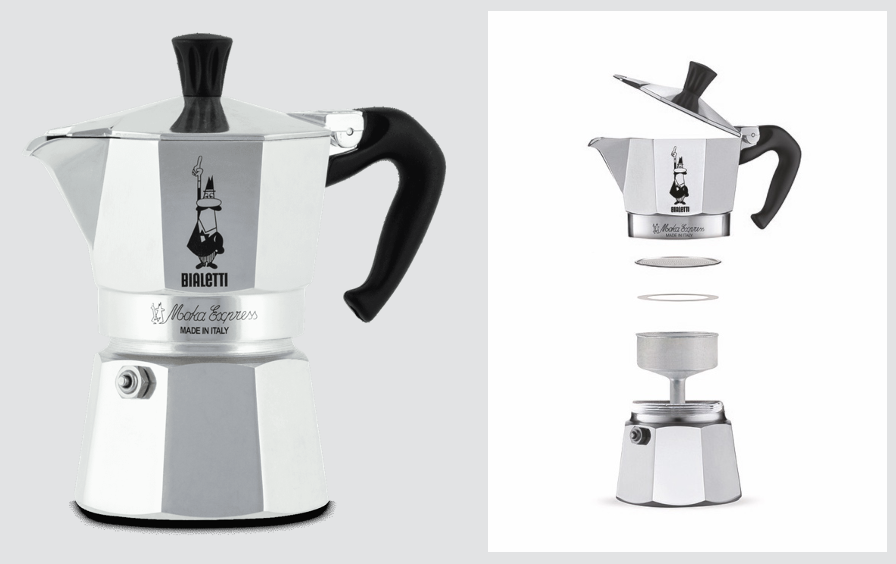 It may look a bit old-school now, but when the Moka Express first came to market, it was a shining symbol of modernity. The 1930s saw the rise of aluminium, which was revolutionary to design across all applications. Caffeine paired perfectly with this dynamic, forward-facing sensibility, carrying with it associations of energisation and fast-paced progress. The result was a product that shifted coffee consumption away from public spaces and into the home. Soon 90% of Italian homes would be brewing stove-top espresso, hurdling towards a bright, modern future. 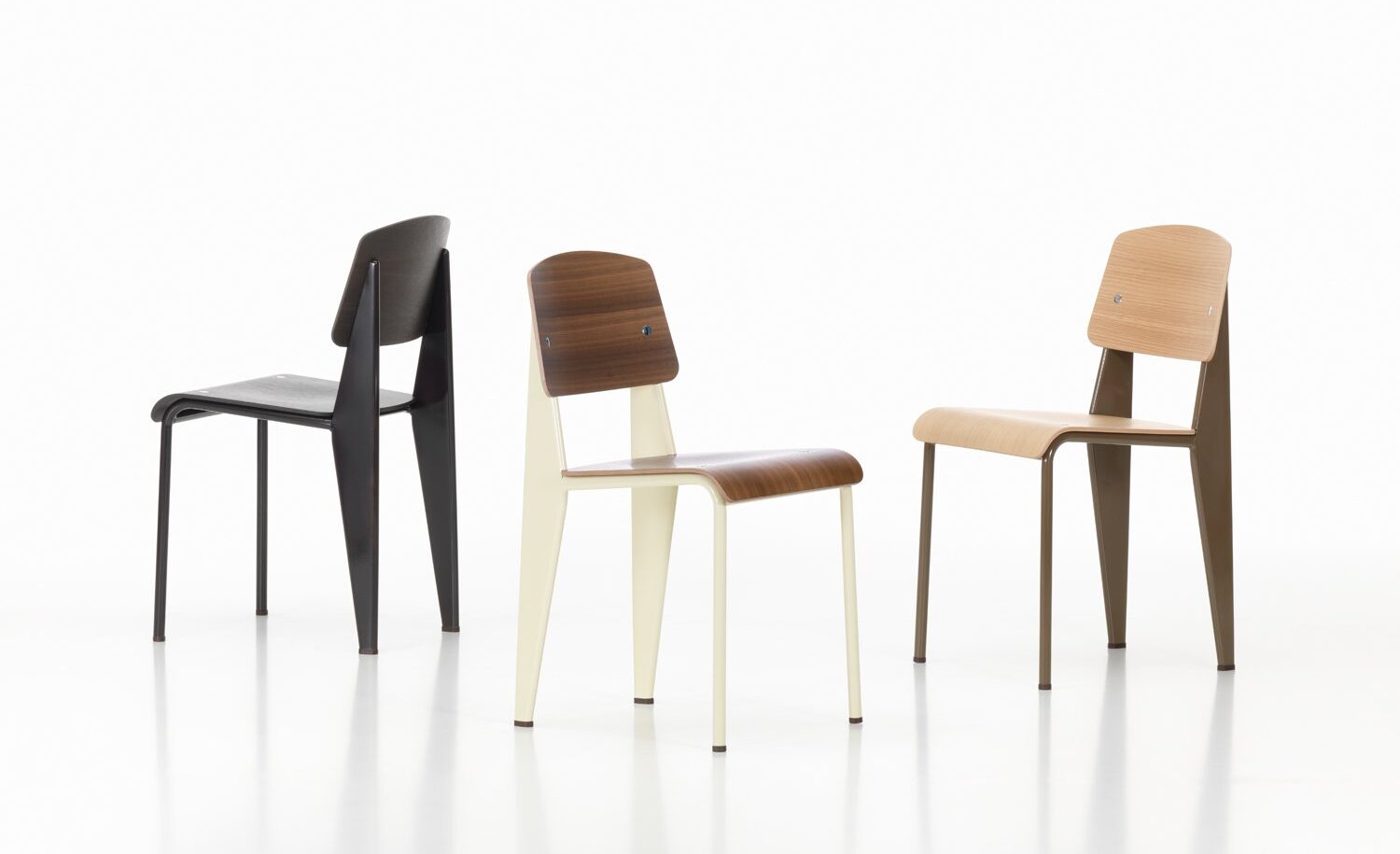 The Standard Chair, designed by Jean Prouvé, produced by Vitra

Jean Prouvé’s Standard Chair is a classic example of smart design. Prouvé was, indeed, a celebrated designer – but he was also an engineer. He thought critically about function and efficiency, honing the objects around him into their optimal forms. He came up with the idea for the Standard Chair in 1935, after contemplating how our weight is distributed unevenly when seated. The back legs of a chair take the primary load, while the front legs offer secondary support. So, he resolved to strip back the front legs to simple tubular steel, reinforcing the back legs with hollow sections that transferred the bulk of stress along their length and to the floor. It’s simple, but no one had thought of it before, making Prouvé’s pared-back Standard Chair an icon of design. 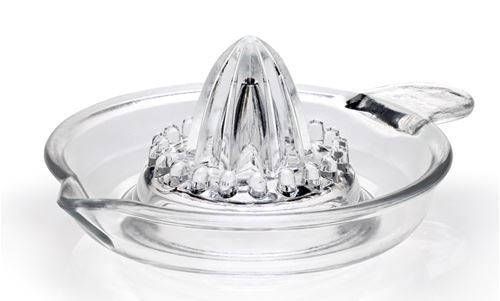 Efficiency is key; we know this. But oftentimes in design, it’s sufficiency that takes top priority. Everything about this classic lemon squeezer is just enough, and not a drop more. The simplicity of this now ubiquitous item is its crowning glory. There’s no risk of anything malfunctioning because, ultimately, there is so little to it. It’s intuitive to use and utterly fool-proof – a need perfectly met through smart design. 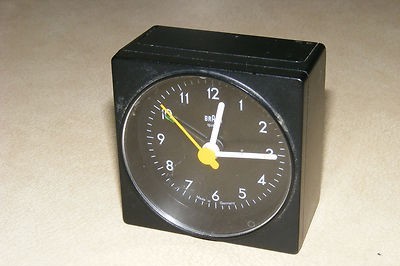 We don’t often think of alarm clocks as our friends but in this case, every effort has been made to soften the user’s experience. Designer extraordinaire, Dieter Rams smoothed the edges of this palm-sized demi-cube so as to go easy on sleepy hands. The clock face is enlarged to maximise utility as it compares to size. It’s unadorned and energy-efficient – but above all, its reliable. Even if you bought yours straight from Germany when it came out in the ‘70s, chances are it’s still ticking over today. 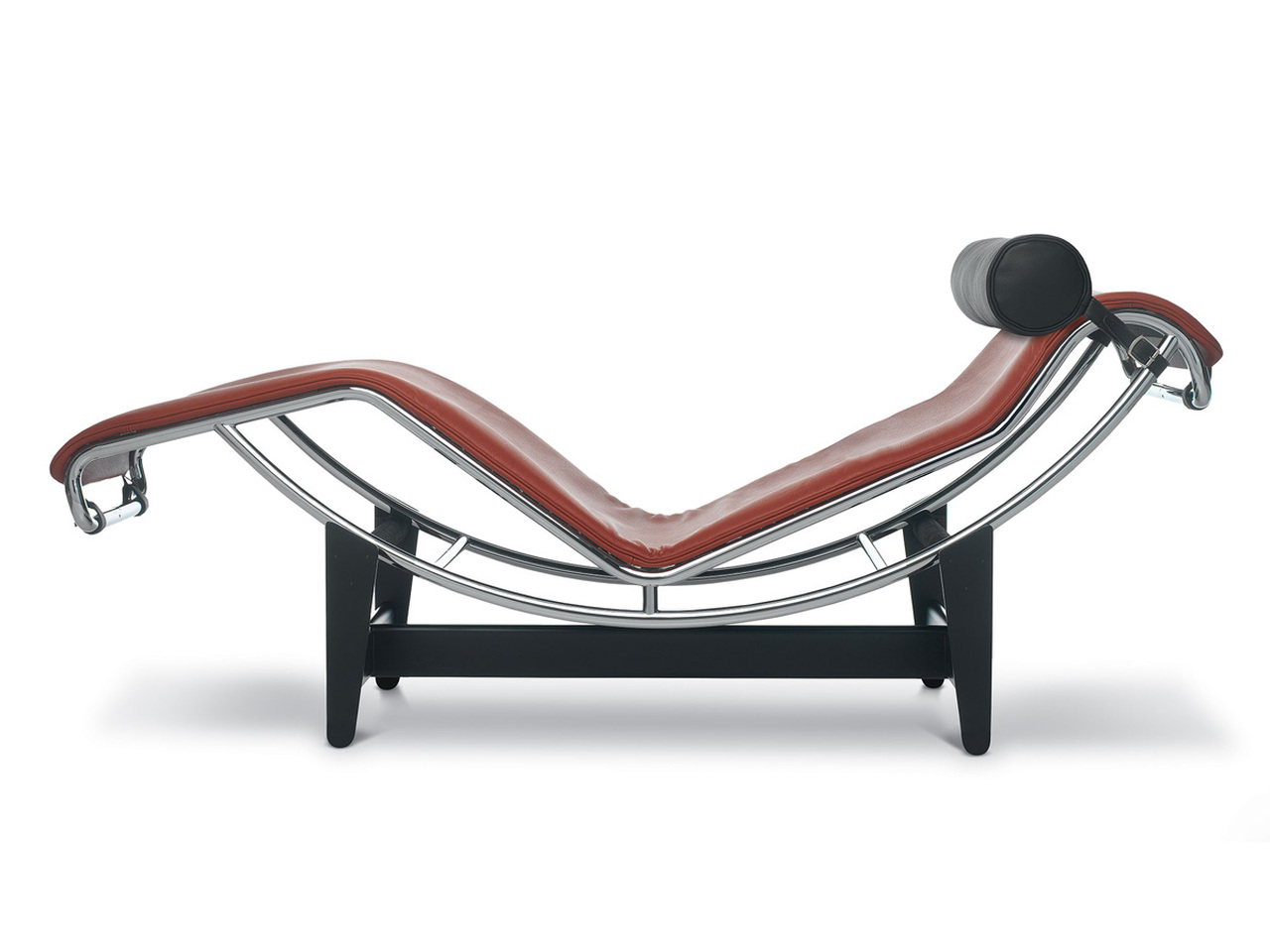 Charlotte Perriand is known for her resourceful ingenuity in design. She first gathered momentum when she created her cleverly integrated Bar Sous le Toit, or Bar Under the Roof, to make use of an awkward space impeded by a pitched ceiling. Her canny design caught the eye of Le Corbusier, and she was soon working alongside him and his brother, Pierre Jeanneret to produce some of the most iconic works of Modern design. The LC24 is perhaps her best-known contribution. She streamlined the form of a chaise longue, creating a sleek, ergonomic form perfected for its use. She imbued extra functionality through placing the surface on a slidable roller so the chaise could be tipped back for a nap, before tilting back up to re-join the land of the living. It seems obvious now that we would want that in a chaise, but it wasn’t so clear before Perriand made it so. 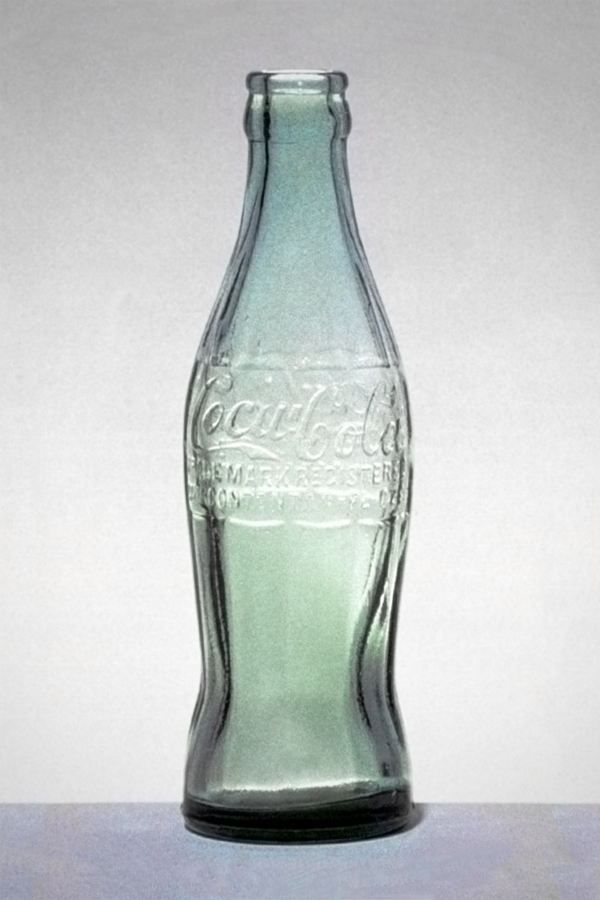 Coca-Cola’s now iconic Contour Bottle evolved as a means of propelling the company towards a more profitable model. The cola could now be bottled and sold in massive quantities, rather than enjoyed one glass at a time at a soda fountain. The unique design of the bottle was conceived in 1915 as a means of differentiating Coca-Cola from the rest of the pack. The idea was to create a “bottle so distinct that you would recognise it by feel in the dark or lying broken on the ground”. Over a century later, we can safely say they succeeded. 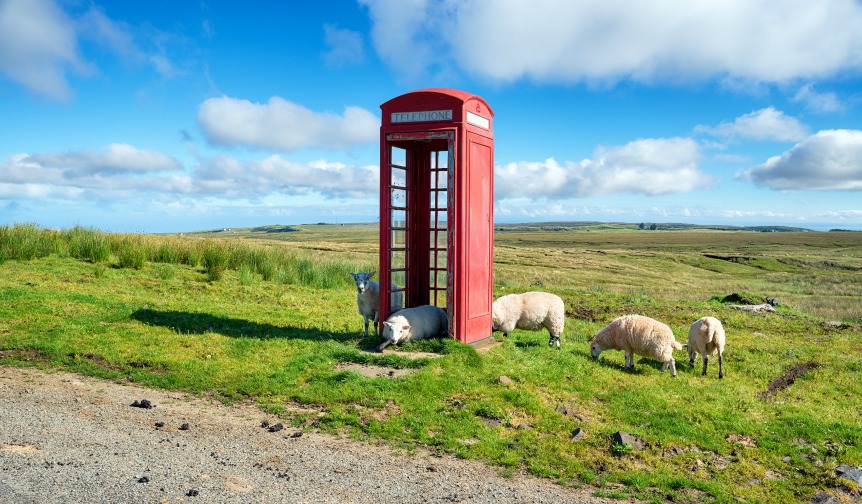 The Red Telephone Box is a true British staple. It seems a tour of London is not complete until one’s captured a photo emerging from this stalwart of the city. Today they’re enjoyed for their form, as their functionality falls by the wayside. Though, some remote areas of the UK still rely on these landlines for their consistent connectivity. More commonly, they’re repurposed as miniature libraries and even diminutive potted plant shops. They’ve been given a new lease on life since Sir Giles Gilbert Scott designed the ‘K2’ prototype in 1924, and hopefully it’s this originality of thought that will keep them around for years to come. 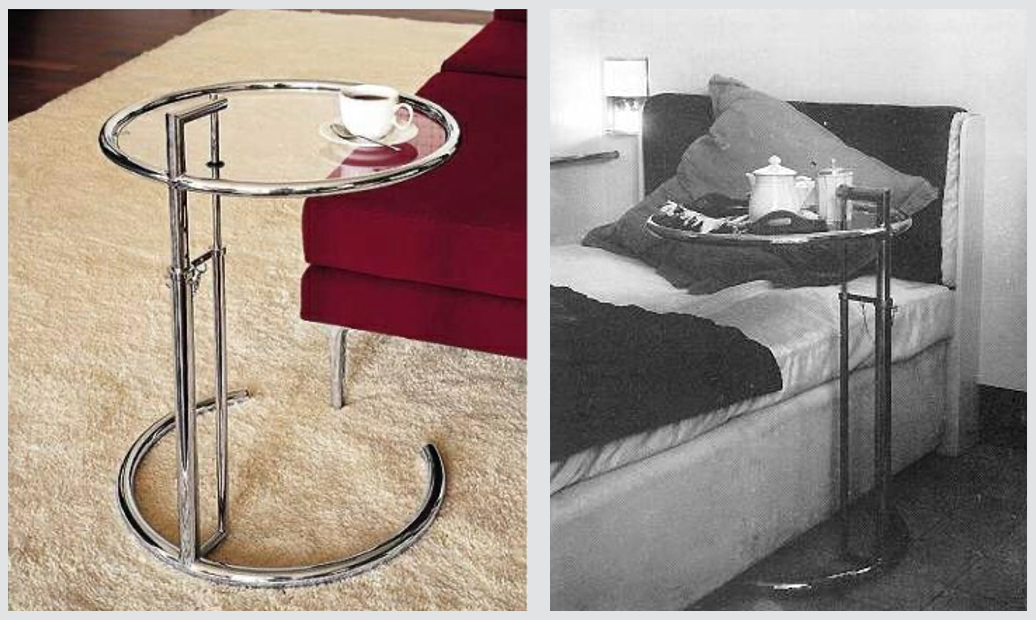 Eileen Gray had a fascination with multi-functional furniture. It wasn’t enough for a piece to work as an end table; it also needed to excel as a place to take breakfast in bed or write over her knees in her favourite chair. So, she created the E1027 model in 1927 to help her live flexibly in her Roquebrune Cap Martin home. Its adjustable height made it the ideal tool for a great many disparate jobs, while its unadorned application of tubular steel made it a classic of Modern design.