The Return to Craft

Britain has a rich history of craftwork, ranging from potters, to glassblowers, to metalworkers. The British aesthetic hides between the folds of utilitarian objects, imbedded in our everyday. Though, in some cases, craft is granted its time in the sun, where we’re encouraged to consider its unique virtues as elements of artwork, rather than mere components of tools for living. The story begins long ago with potters like Bernard Leach and works its way into the contemporary British aesthetic landscape with the likes of ceramicist Akiko Hirai and glass artist, Michael Ruh. Their work flows into the rushing river of British craft, forged through traditional techniques applied with an eye to the future. 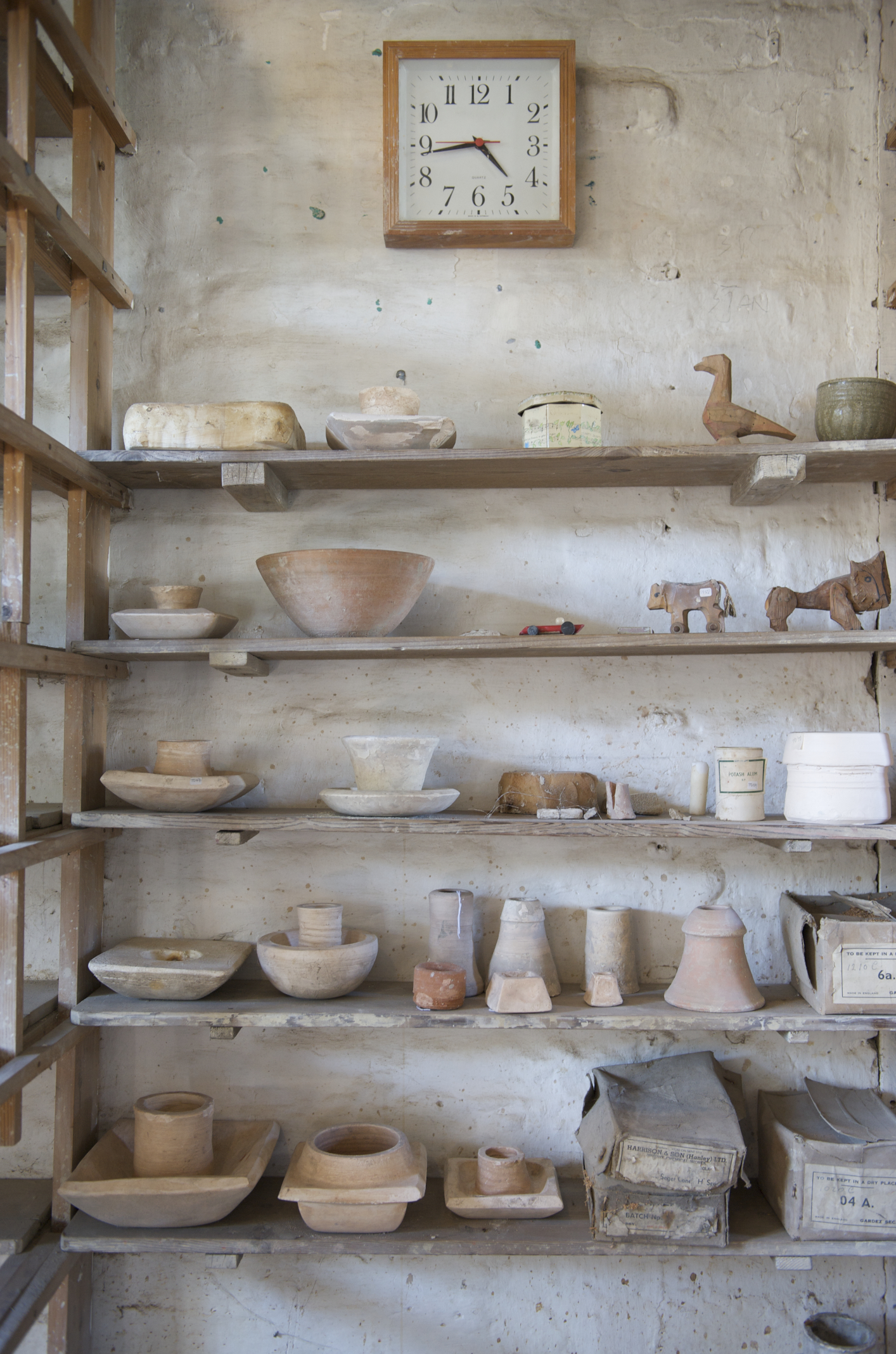 Bernard Leach’s studio at The Leach Pottery in St Ives

Bernard Leach has earned his place in the history of craft as the father of British pottery. His St Ives studio, The Leach Pottery is the birthplace of the teachings which would come to characterise the craft. Although, Leach drew his influence from far beyond the United Kingdom. He was born in Hong Kong in 1887, but also spent a great deal of his first decade in Japan and Singapore. He then set off to pursue his education in England, attempting to reach for a career in finance so as to please his ailing father. Though, it was not to be, and he ultimately followed his artistic bent, becoming utterly enthralled with pottery. He spent a stretch of time back in Japan as well as China, before finally returning to the UK to establish his studio in St Ives, Cornwall alongside Shoji Hamada in 1920. 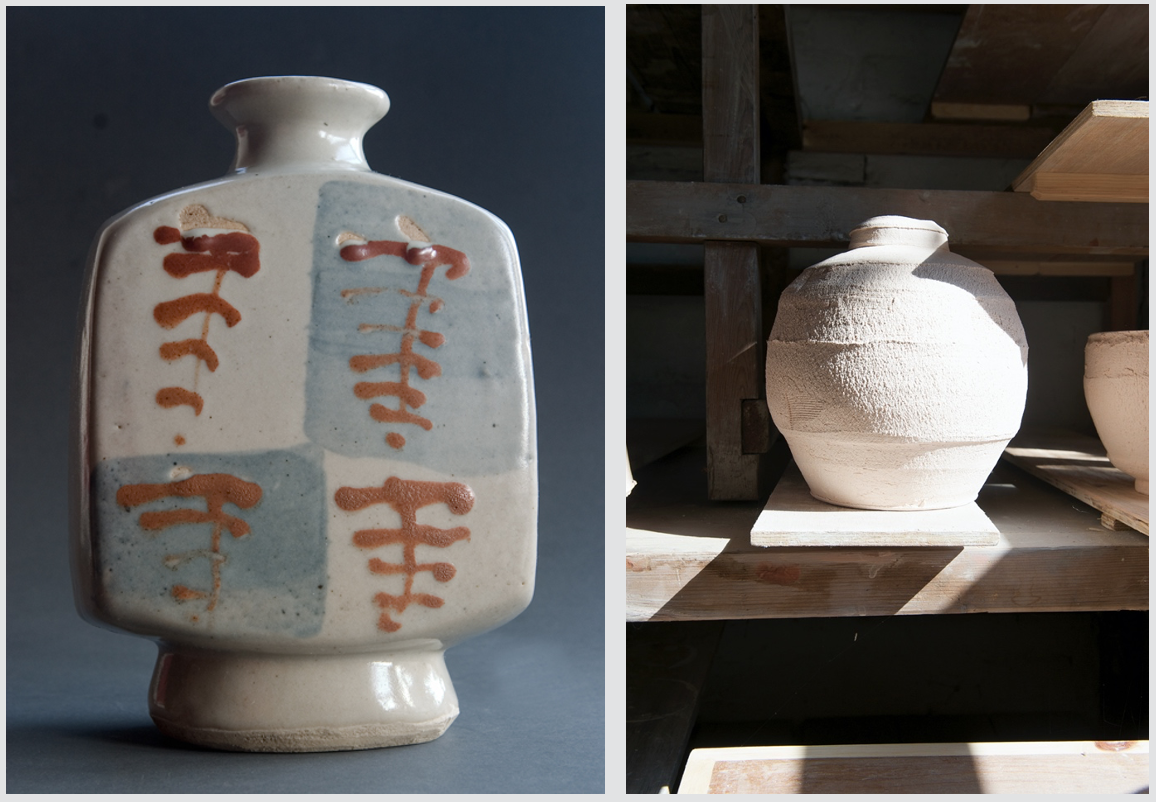 His work set the standard of excellence in Britain at the time. It conjured a unique coalescence between eastern and western aesthetic sensibilities which set it apart from the rest of the country’s offering. Leach skewed towards eastern techniques, placing his trust in Japanese masters to forge the kilns which would give life to his pieces. Disillusioned with the era’s cut and dry distinction between high and low art, Leach turned away from the establishment in the hope of cultivating a more tactile, humble form of artistic expression. He taught scores of students to do the same with a respect for their own personal variations in style. Leach forged all manner of stoneware creations for everyday utilitarian applications, as well as series displayed expressly as objets d’art. The influence of his diverse oeuvre is palpable today, laying the groundwork for innumerable contemporary craftspeople working in Britain and beyond.

London-based Akiko Hirai is a favourite ceramicist of Tom’s. Her work is simplistic in form but finds intrigue in texture. The richly varied surfaces of her pieces are built up over many layers of course clay intermingling with translucent glazes. Hirai uses calm, cool colours in her decorative ceramics and tableware, allowing the minute details of the clay to shine through. A key element of her process lies in relinquishing what she’s created to the kiln. The kiln can be ruthless and it doesn’t care how many hours it took to get a piece just right. Hirai revels in this dropping of the pursuit of perfection. The heat of the kiln will do with her creations what it will, giving way to something unexpected and often startlingly original. Hirai’s process is very much in tune with the Japanese Shibui approach, which embraces perfect imperfection and celebrates the subtle beauty which arises from complex inconsistencies. 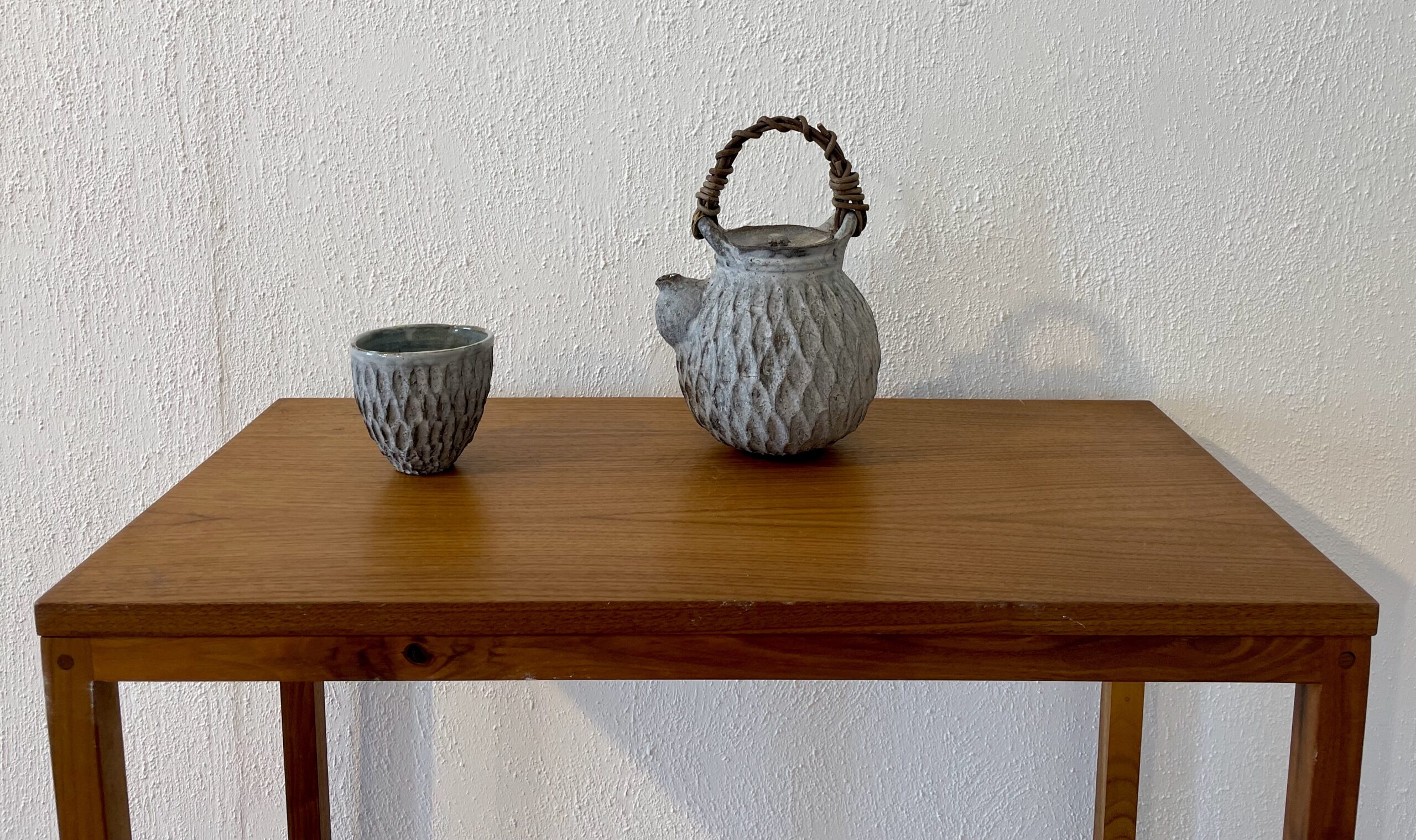 Craft is very much alive with Michael Ruh, the London glass artist who favours working in the old ways. His oeuvre is a modern addition to a centuries-old tradition, exploring the intermingling qualities that emerge from process, simplicity, and observation. These elements converge as spellbinding pieces of tableware, lighting, and objets d’art made from recycled glass. 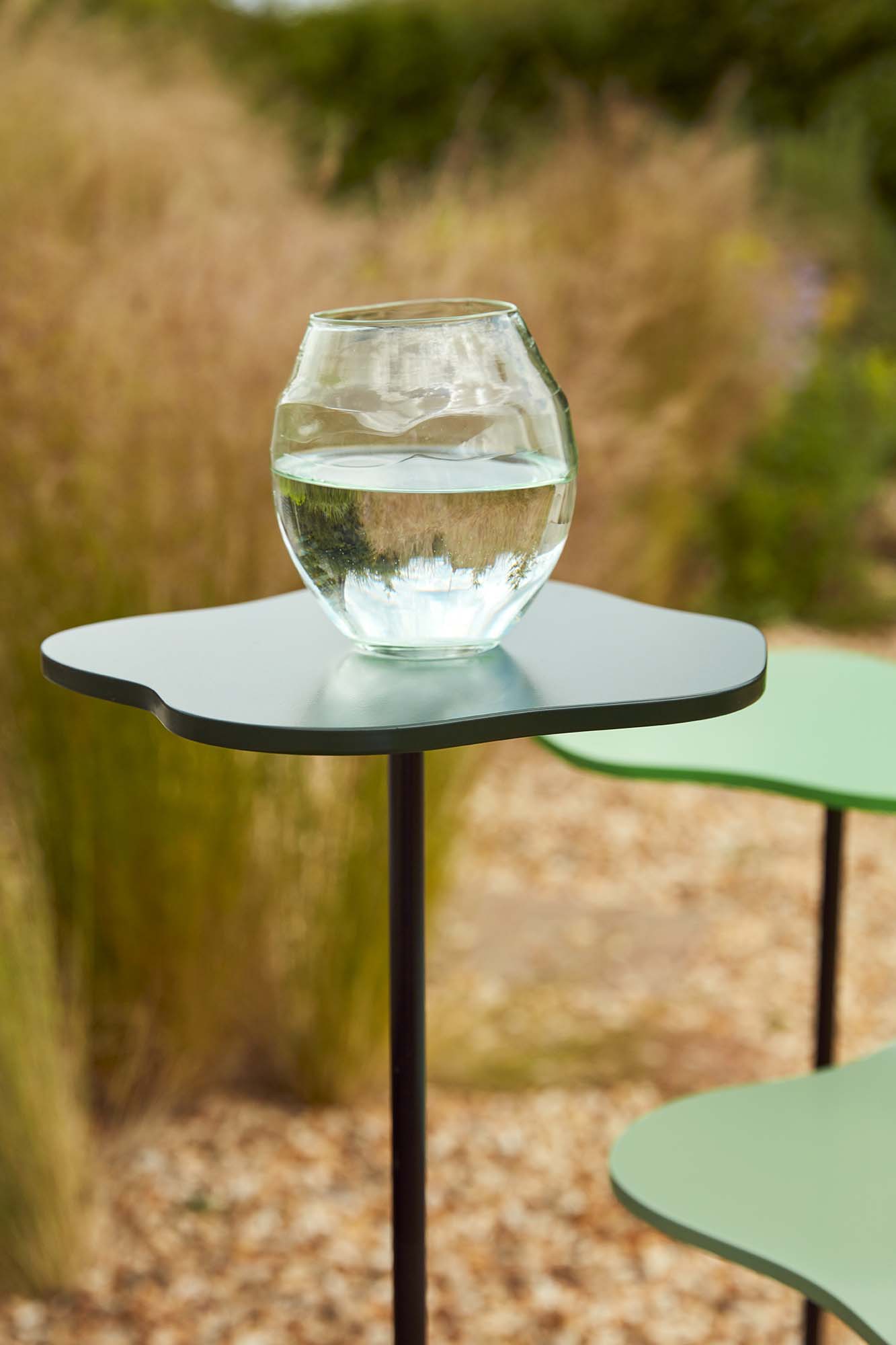 Ruh is fascinated by the manner in which line, colour, and light coalesce to define space. His work comes alive in light, whether it’s the cool morning mist of winter or the intense glow of a summer’s evening. His work is mutable because there are so many details that lie dormant for long stretches of time, waiting for the right conditions to reveal themselves. Ruh has adopted the practice of scribing his pieces with striations that are so fine they’re usually imperceptible. Though, when struck by the right light at the right trajectory, will emerge to the viewer, revealing yet another level of craftsmanship to the piece. These minute details extend the reach of the object beyond the confines of its form, casting complex shadows which leak from the glass like eddies of molten light. 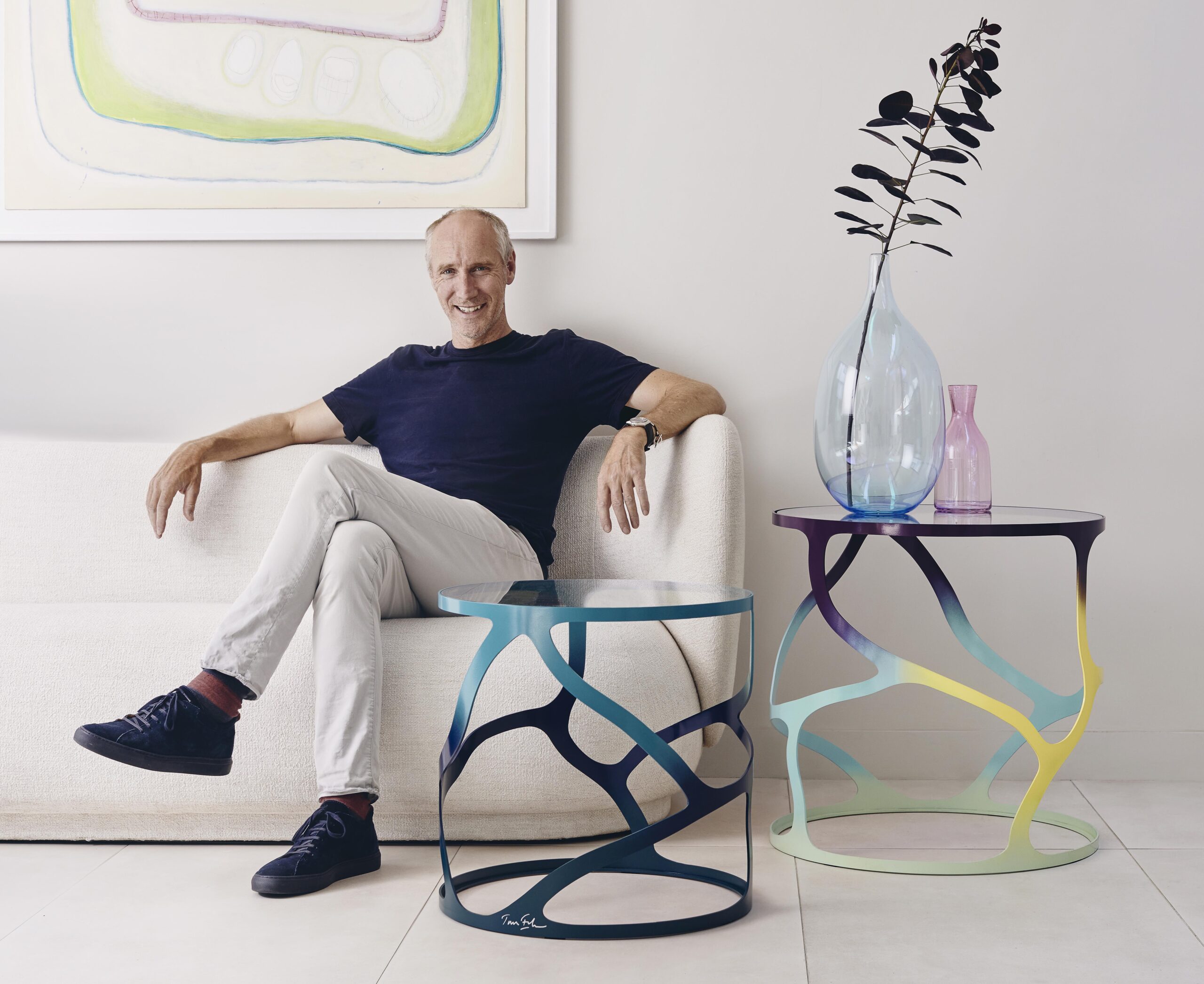 Tom has been working with metal for the past twenty-five years and has crossed paths with more than a few other talented craftspeople along the way. His creations often appear alongside Michael Ruh’s pieces, as above with his sinuous Papillon Side Tables and Ruh’s beautifully blown vase and carafe. Together they form a brilliantly chromatic, texturally rich display. 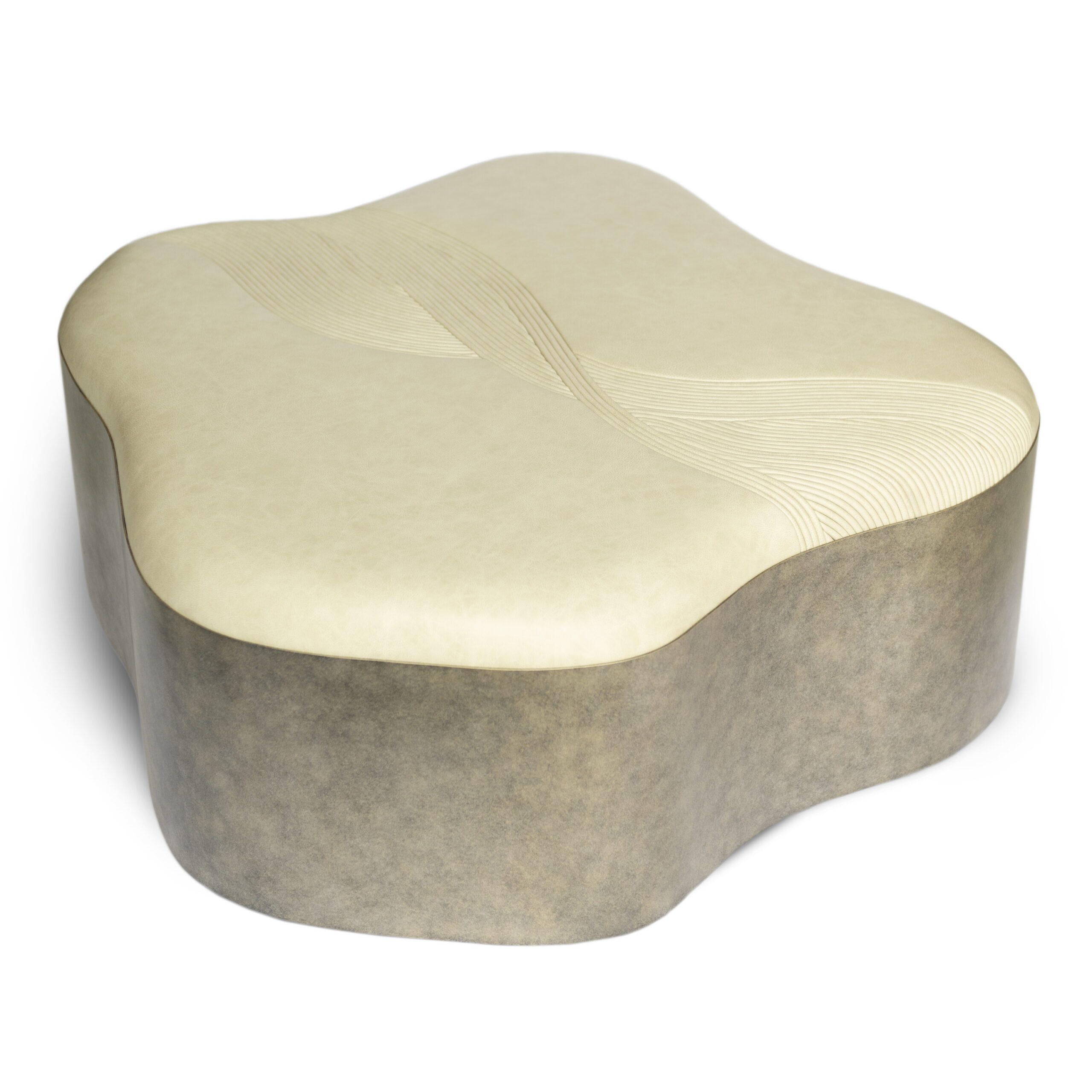 Tom has recently teamed up with British textile artist, Aiveen Daly to create a special edition Lily Ottoman. Aiveen carefully crafted an intricate leather top while Tom and the team took on the base in a delicate ‘Metallic Stone’ finish. Aiveen’s sculpted folds of leather converge into a flowing scheme that spans the length of the ottoman, creating a beautiful sense of movement in the piece. Working with as refined and varied a medium leather is no simple task and it took a truly expert hand to create this special piece. Aiveen and Tom will present the final product in tandem during London Craft Week, which runs from the 4th – 10th of October. The duo will hold a discussion at Tom’s Chelsea showroom detailing the project on Tuesday, the 5th of October at 6pm. Be sure to register for the event at www.londoncraftweek.com so you can hear the full story straight from the artists themselves. 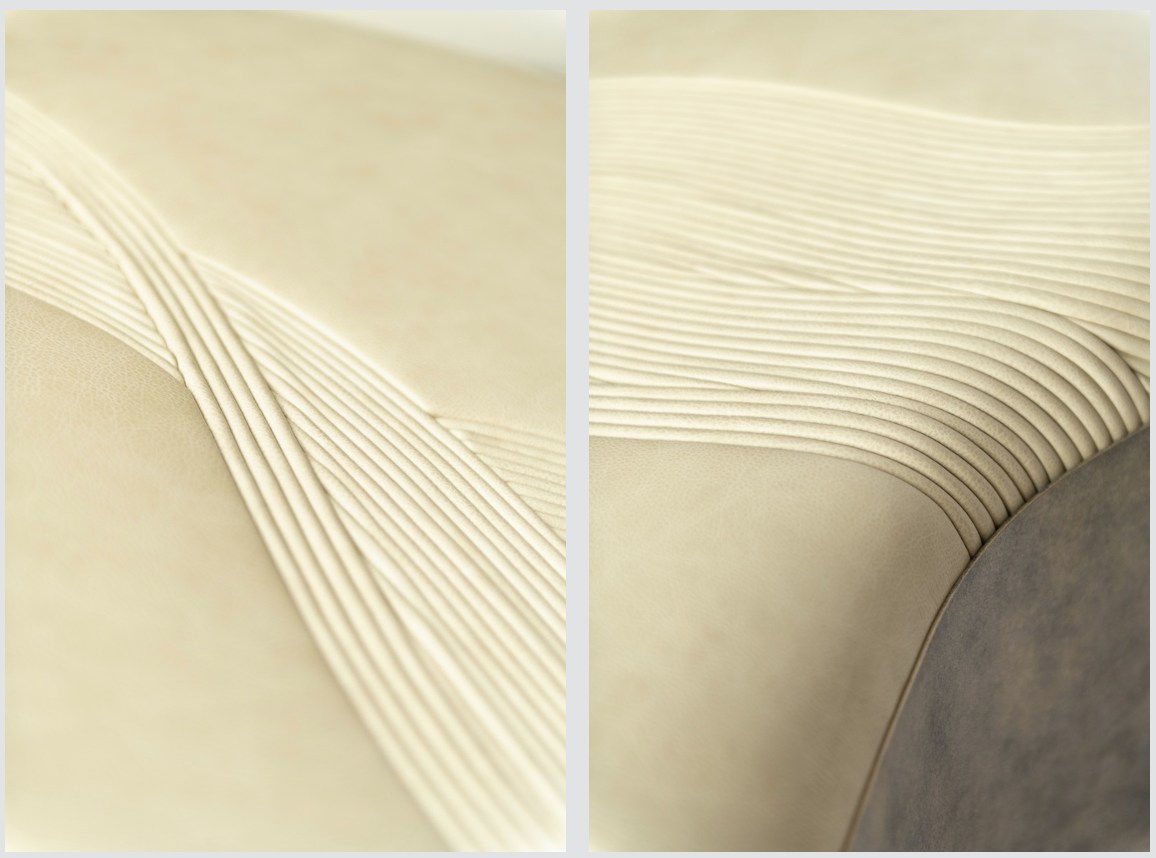 How to get involved in craft 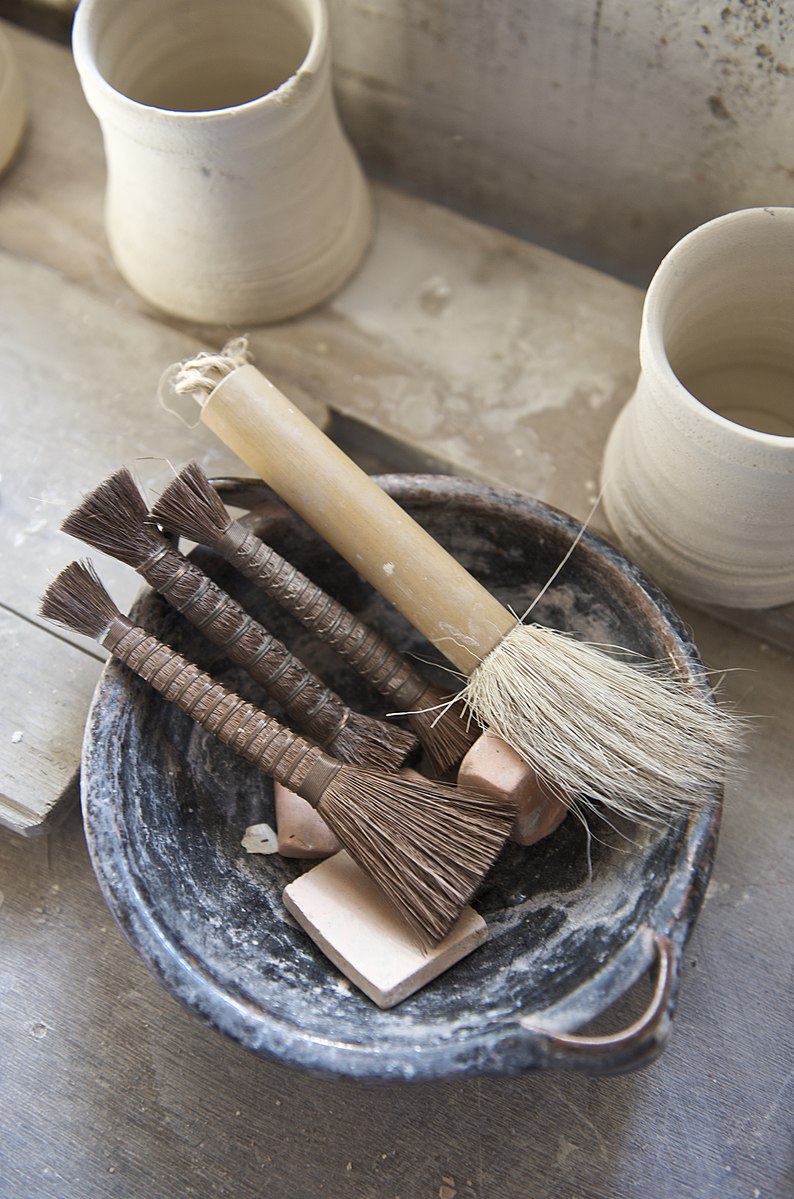 Detail of tools at The Leach Pottery in St Ives; photographed by Thor

If we’ve piqued your interest in craft and you’re ready to take the plunge yourself, you can get involved by registering for courses right here in London. If you’re drawn towards leatherwork, it’s worth having a look at master craftsman, Yusuf Osman’s leather workshops at www.yussi.co. Should you lean more towards the delicate sculptural qualities of ceramics, a great place to start is with CWC Ceramics at www.camillawebbcarter.com. Finally, if you’d prefer to go the woodworking route, try your hand with London Green Wood, based in the great outdoors of Hackney City Farm. You can find the full calendar of courses at www.londongreenwood.com. We hope you’ll be inspired to get out and indulge your creative side in a new way! 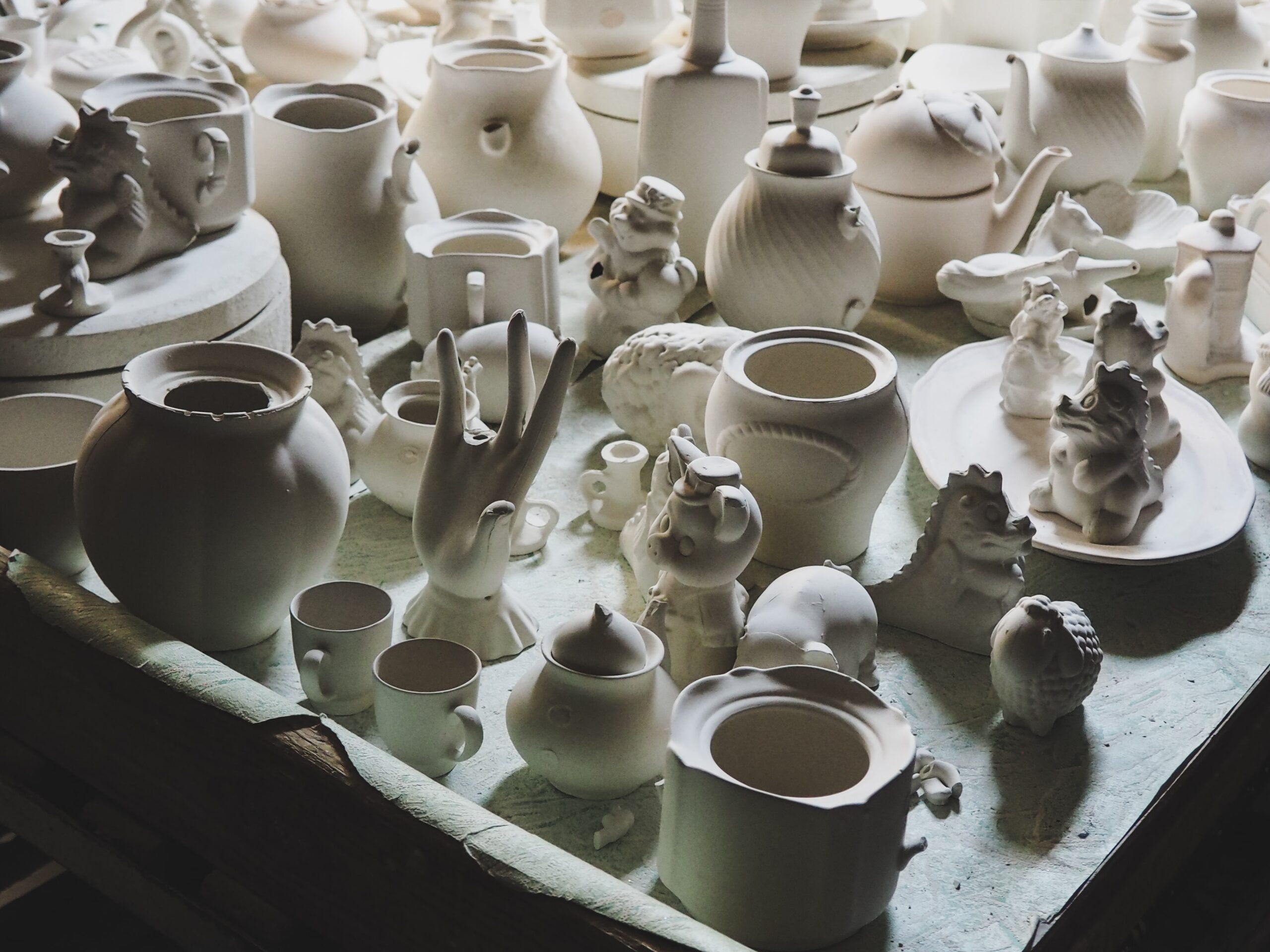