I’ve travelled to LA a handful of times and whilst I am by no means an expert, I am always impressed at just how much there is to do. It’s one of the most varied destinations in North America - from Malibu to Downtown, each area is distinct. You can swim in the ocean in the morning, hike the canyon in the afternoon and be back in West Hollywood for dinner. 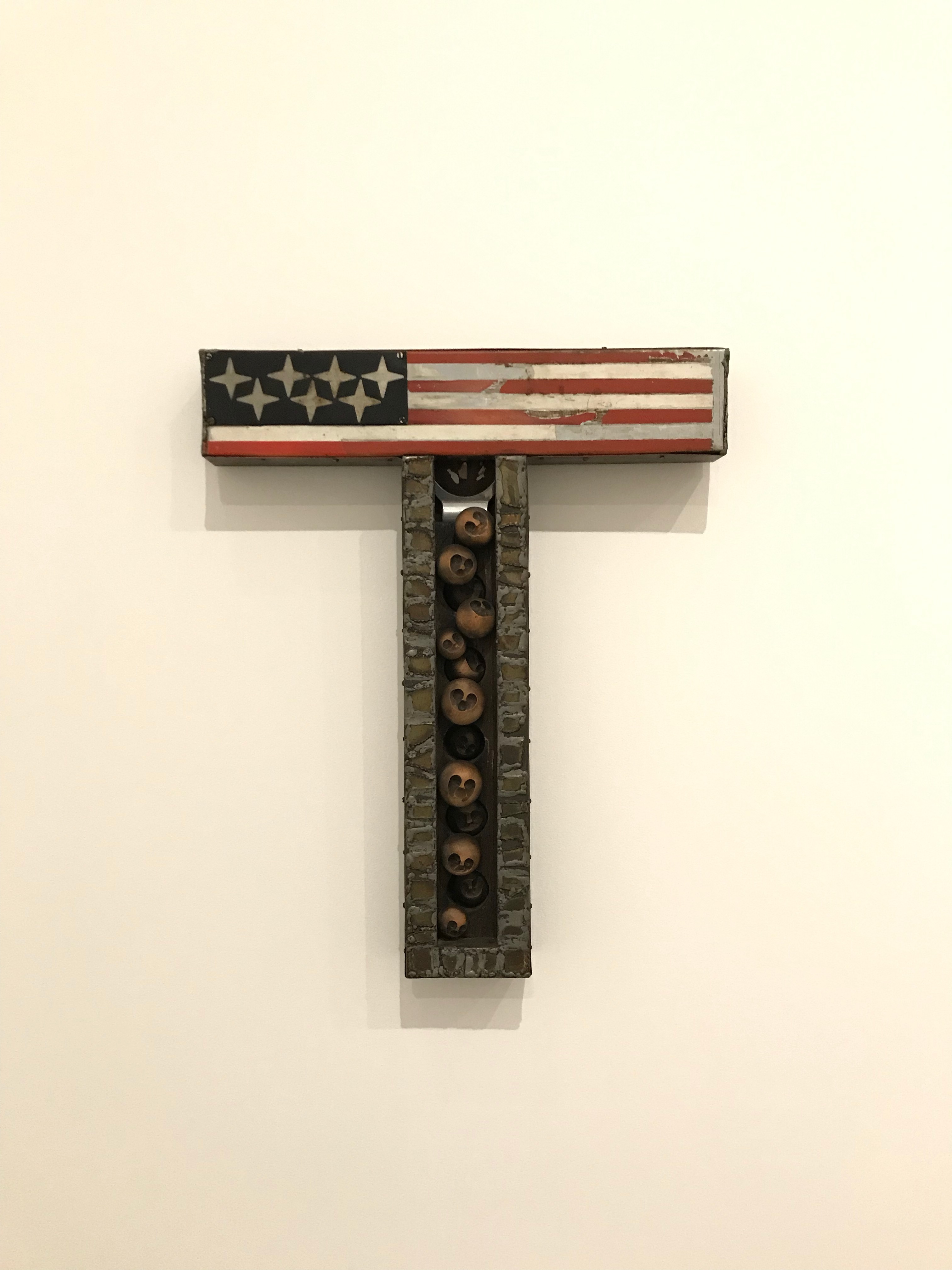 The most wonderful thing about Los Angeles is the light. Not just the daylight, but the sunrises and sunsets in LA create magic for photographers and creatives. Moreover, there’s a chilled, relaxed, and laid-back vibe to the city – as well as a distinct lack of hustle and bustle, a refreshing change to the metropolises of London and New York, of which I am more familiar. A friend who lives in Malibu told me out there that if you’re ever in need of a plumber when the surf’s up, don’t even bother. That just about sums it up. 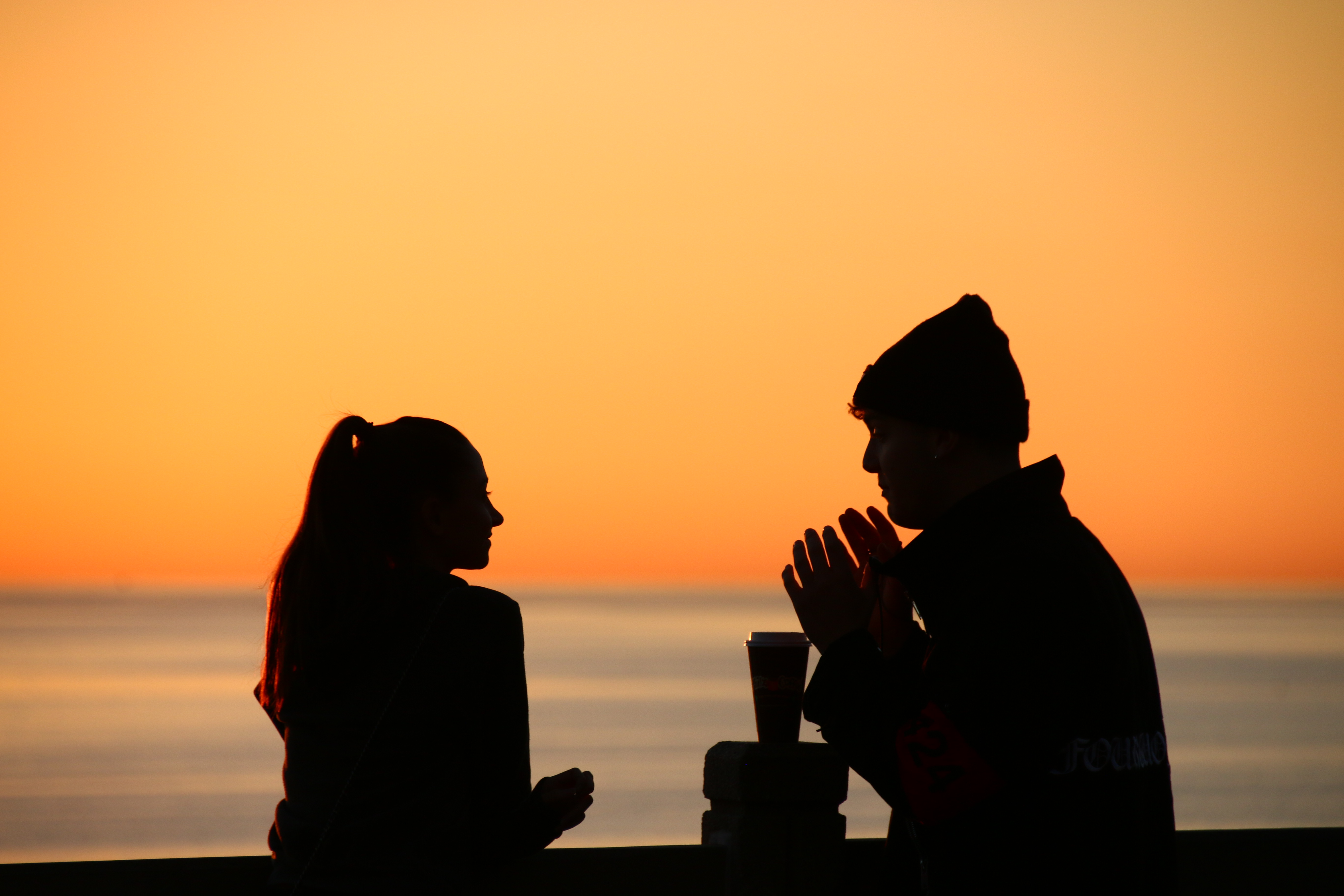 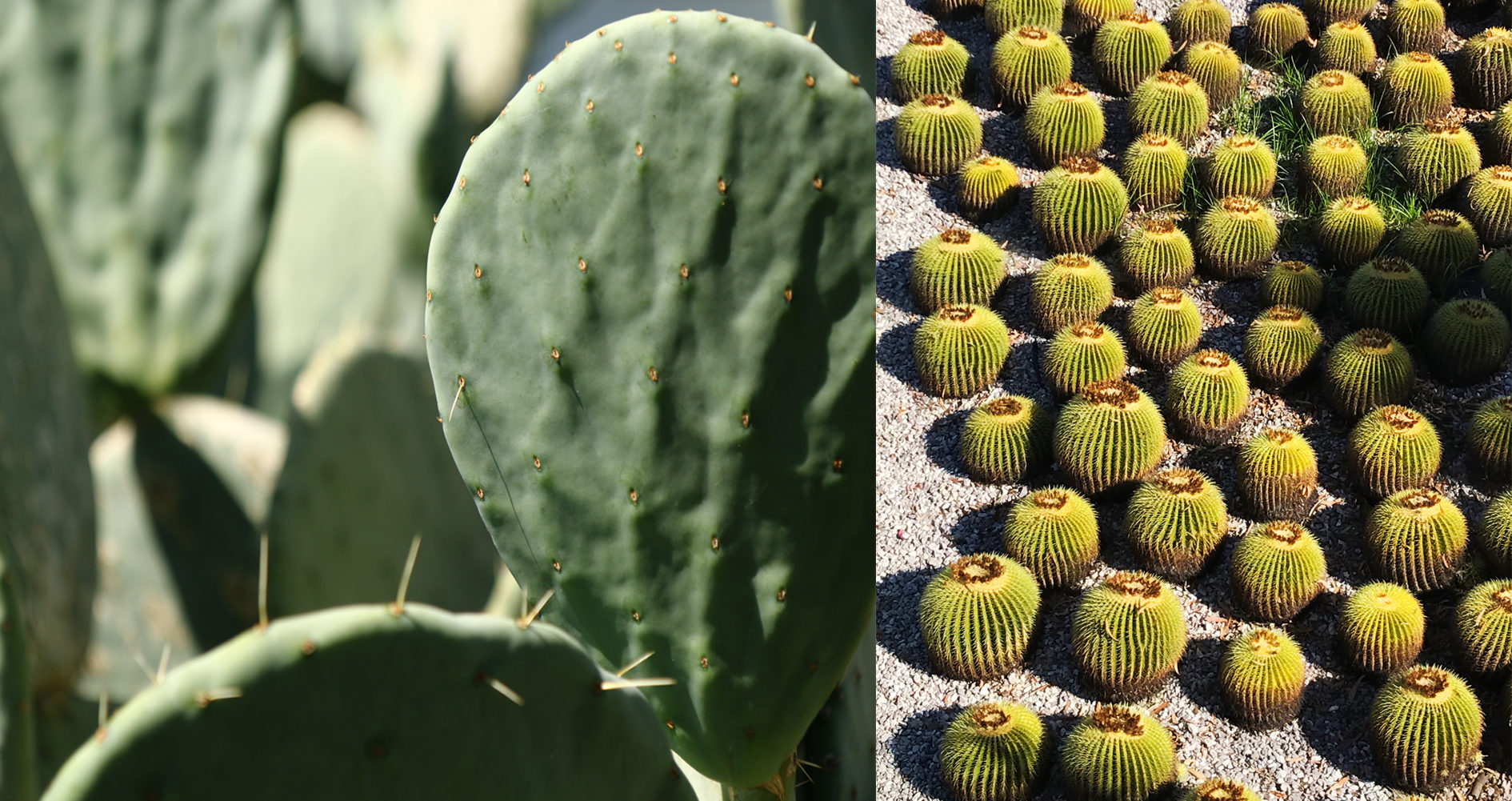 The first thing I notice as I arrive in LA is the FLORA. Succulents, Yuccas, Aloes, Cacti, Prickly Pears, Red Hot Pokers and Bougainvillea galore...and it’s a feast for the eyes. It’s like the city is on steroids - and when you stroll through the hills above West Hollywood, the smell of Jasmine completely bowls you over. And then in spring there are the famous lilac coloured Jacaranda trees which are blinding in their intensity and generally fantastic.

A day/morning in West Hollywood

West Hollywood is unexpectedly great for style, vibe and INCREDIBLE interiors. It’s an area close to my heart as it’s where the design district is - specifically, the Pacific Design Centre on Melrose Avenue, where you can of course find Tom Faulkner furniture in the beautiful Jean de Merry showroom. There are other wonderful showrooms - David Sutherland, Thomas Lavin, fabulous Murano glass in Micucci glass and Kneedler Fauchere, to name but a few.

Melrose Avenue itself is great - full of fashion and interiors shops from the wonderful Woven, the behemoth Restoration Hardware and the likes of Rose Tarlow and Kelly Wearstler to Paul Smith and Rag n Bone.

La Cienaga is the big interiors street - this is LA’s Design Quarter, from where it crosses Melrose and heads north. As the economy and area changes, we’re sadly seeing more showrooms closing and being replaced more and more by fashion stores but there are still some stalwarts like Richard Shapiro and new gems like Una Malan.

You can’t talk about West Hollywood hotels without a nod to the iconic Chateau Marmont - old school playground of the rich and famous. It’s now been joined by plenty of alternatives such as The Standard or The Palihouse - both equally as cool.

I personally love the Sunset Tower on Sunset Boulevard - it has a touch of 1950s “rat pack” glamour, and when you arrive, half a dozen people leap out to help you take your bag, park your car and open the door - the service is unparallelled but it can be a touch overwhelming, especially if, like me, you suffer from the “who should I be tipping and how much” anxiety!

Anxiety issues aside, this place has cracking views and is great for lunch. You can dine by the pool and the restaurant is also great for dinner. Everyone looks like a Hollywood mogul, moll or model - it’s made for incredible people watching and feels like you’re being an extra for some big deals.

Another place I stayed at recently is the Hotel Beverley Terrace Hotel just next to Beverley Hills. It’s a charming boutique (but budget) hotel with small rooms, a fantastically laid-back courtyard, and delicious little restaurant – Café Amici. 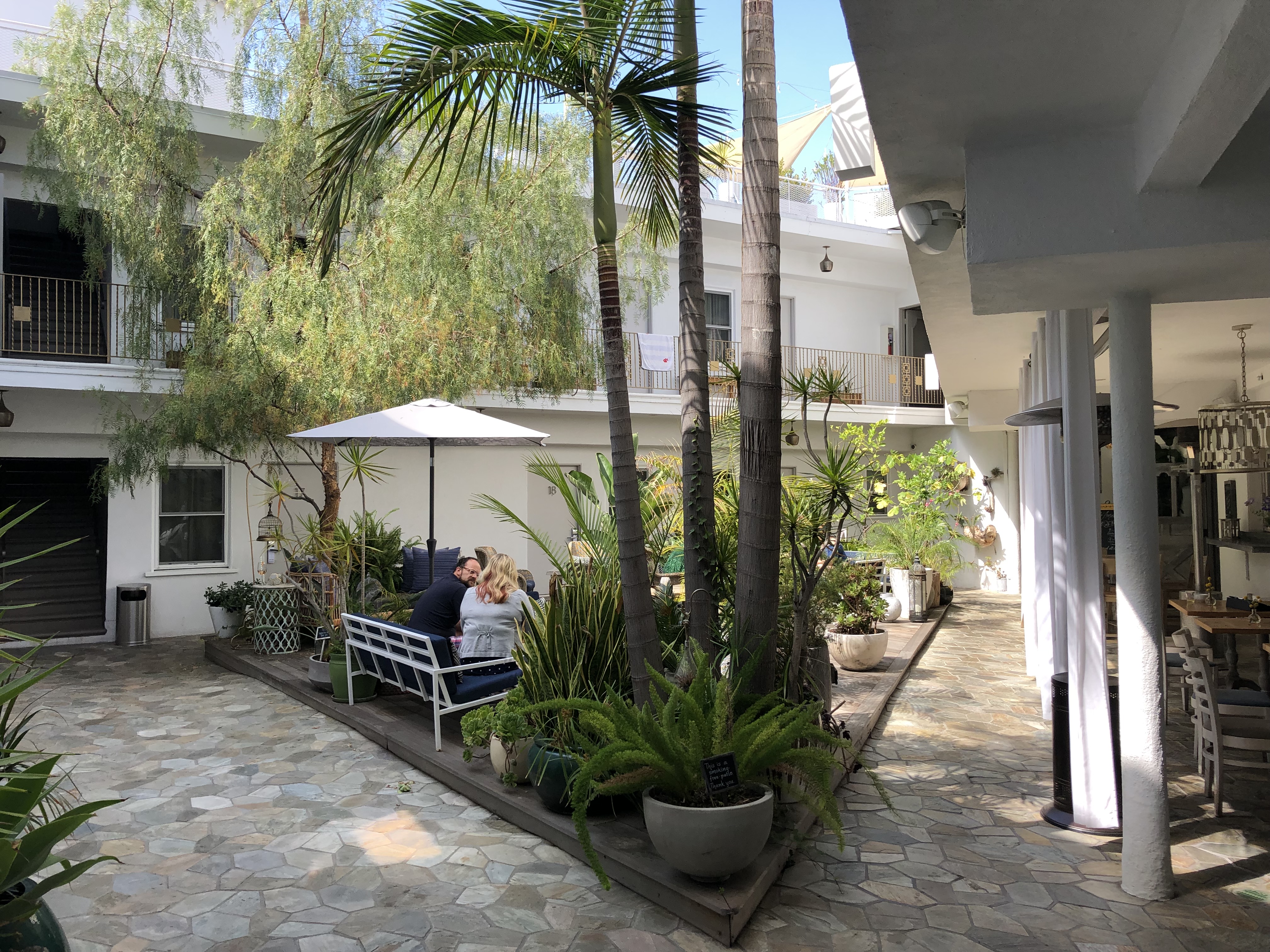 When it comes to West Hollywood restaurants, there are lots of cool spots to go. Hugo's on Santa Monica Boulevard is perfect for a casual and delicious breakfast. Alfred's coffee shop on Melrose Avenue for coffee, and the landmark Cecconi’s on Melrose for lunch (and inevitable star spotting). The aforementioned Sunset Tower is great for dinner too. If you know a member then be sure to go to LA's SoHo house which is very cool too, with spectacular 360 degree views of the city and a great restaurant called Maya’s.

A day/morning in Downtown LA

Downtown is super cool – parts of it are like being in SoHo in New York, with graffiti everywhere. If that's your scene, head to The Arts District. Then there is Broadway, where you can see all the old theatre fronts and fabulous art deco buildings – many of them have been turned in to luxury apartments but there is still a real edge down there that's worth checking out. It's a bit of a dichotomy – on one street you've got the hip Ace Hotel and then just round the corner is an entire street of homeless tents. LA is not all glam! There are impressive Victorian and industrial style buildings everywhere. The Bradbury Building is one of my favourites. The Eastern Columbia Building is also great!

Among the city's top things to do, the museums in LA are not to be missed and are by far some of the best in the country.

American Museum of Contemporary Art- a good alternative to LACMA

Hauser & Wirth Art Gallery - open to the public, all very cool and lots of cool shops nearby. Great area to hang out and arts nearby.

A day/morning in Los Feliz 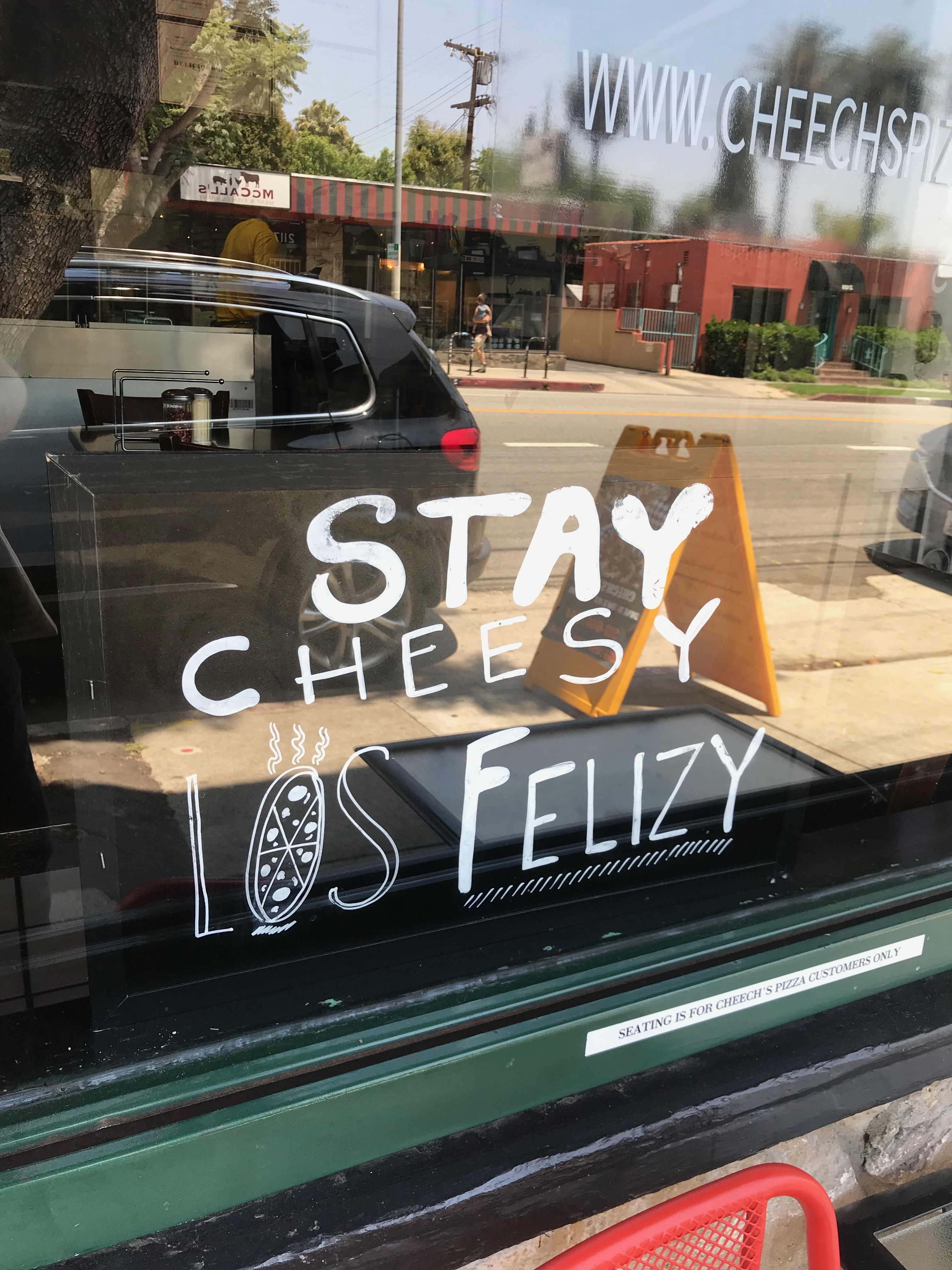 I stayed in Los Feliz on my last trip. It’s a great area to visit with vibes akin to that of New York’s Williamsburg and London’s Shoreditch. It’s full of hipsters and hippies with old station-wagons that make for excellent people watching! It’s up near Griffith Park, which I highly recommend for hiking. You can hike up to the Hollywood sign, which makes for a great active afternoon. Start at The Greek Theatre in the park and work your way up.

The Griffith Observatory is wonderful and an absolute must see with great views of the city. 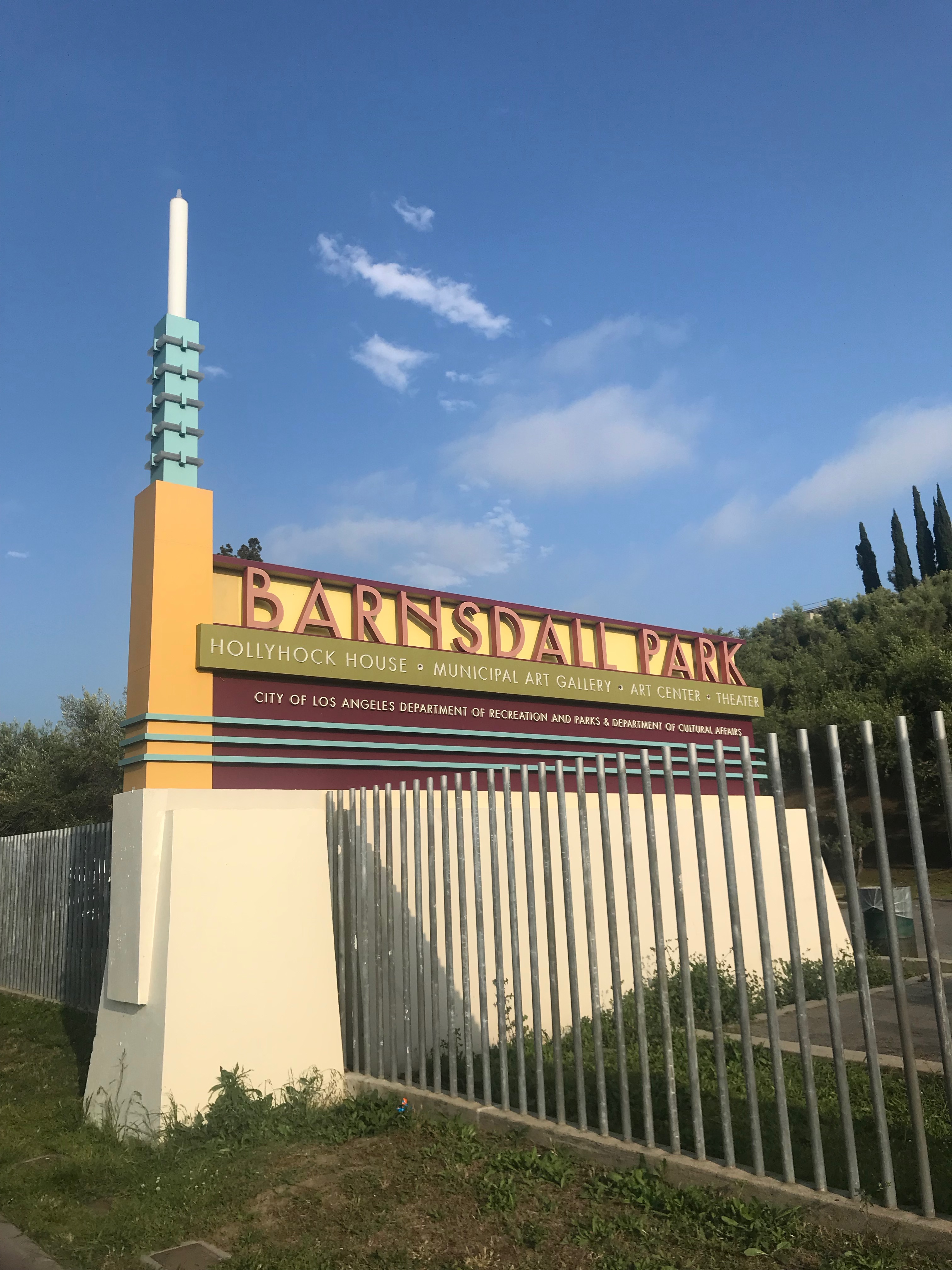 Barnsdall Art Park, off Vermont Avenue is calm and elevated – a great spot to have a lie down and look at the views. It also has a fabulous Frank Lloyd Wright house called Hollyhocks – which is breath-taking. Well worth the trip but be sure to check out opening times!

The main streets in Los Feliz are Hillhurst and Vermont Avenues. Here are some of my hot spot eateries and drinking joints round there:

Figaro restaurant is a busy French Bistro – on Vermont

Atrium is v cool and modern – on Vermont

Maru coffee is delicious – on Hillhurst

The Alcove is great from breakfast – on Hillhurst

Alltime good for breakfast – on Hillhurst

Other things to do in LA 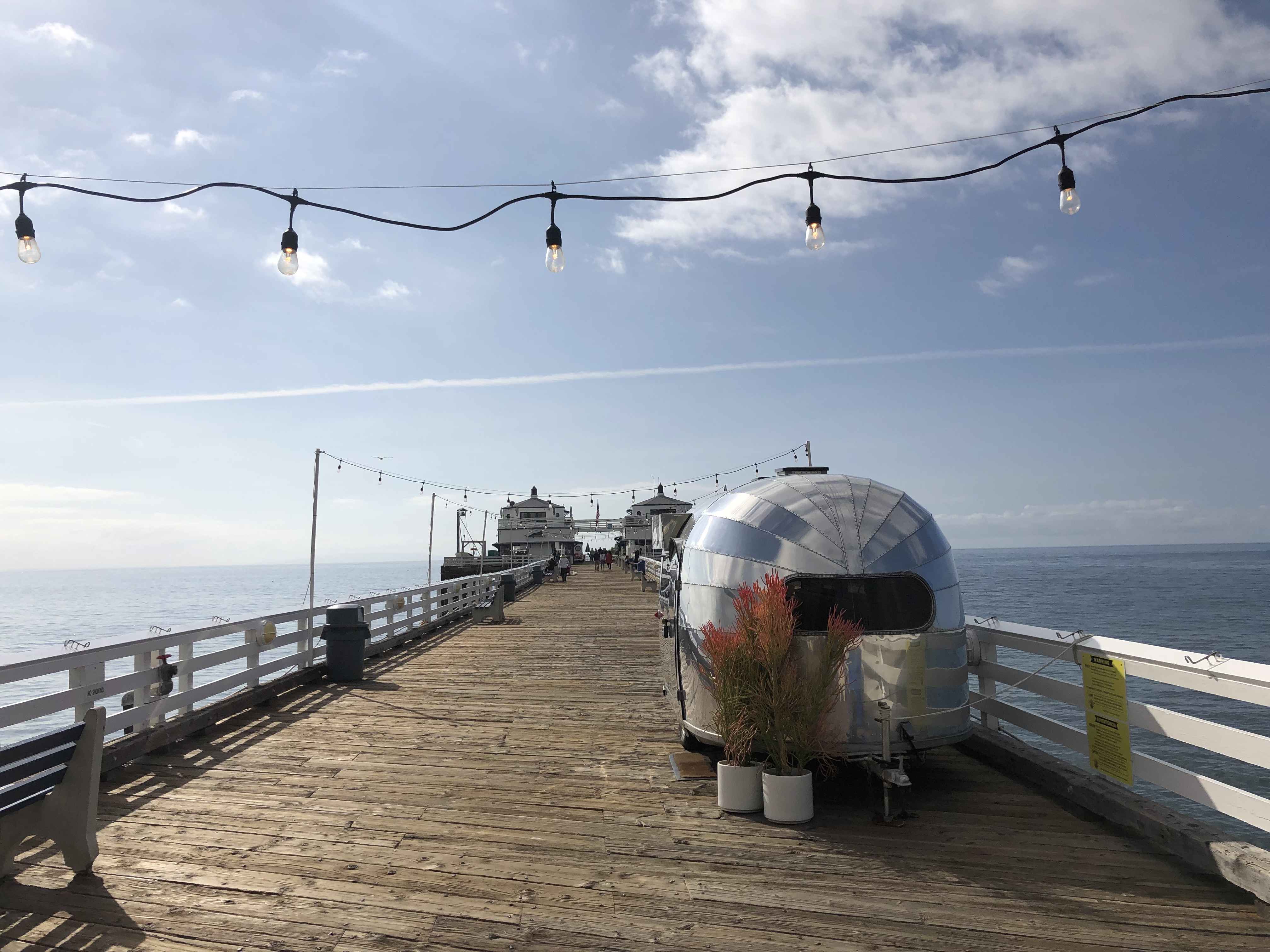 Head on over to Santa Monica. The Charles Eames House in Santa Monica is a worthwhile excursion. Follow that with a trip to Venice Beach where you can check out the canals and magnificent sunsets. A stroll down Venice Boardwalk is a must. Eat at Gjelina’s for very cool pizza or The Rose Cafe for dinner. Aviator Nation is great if you need to stock up on some surf gear! 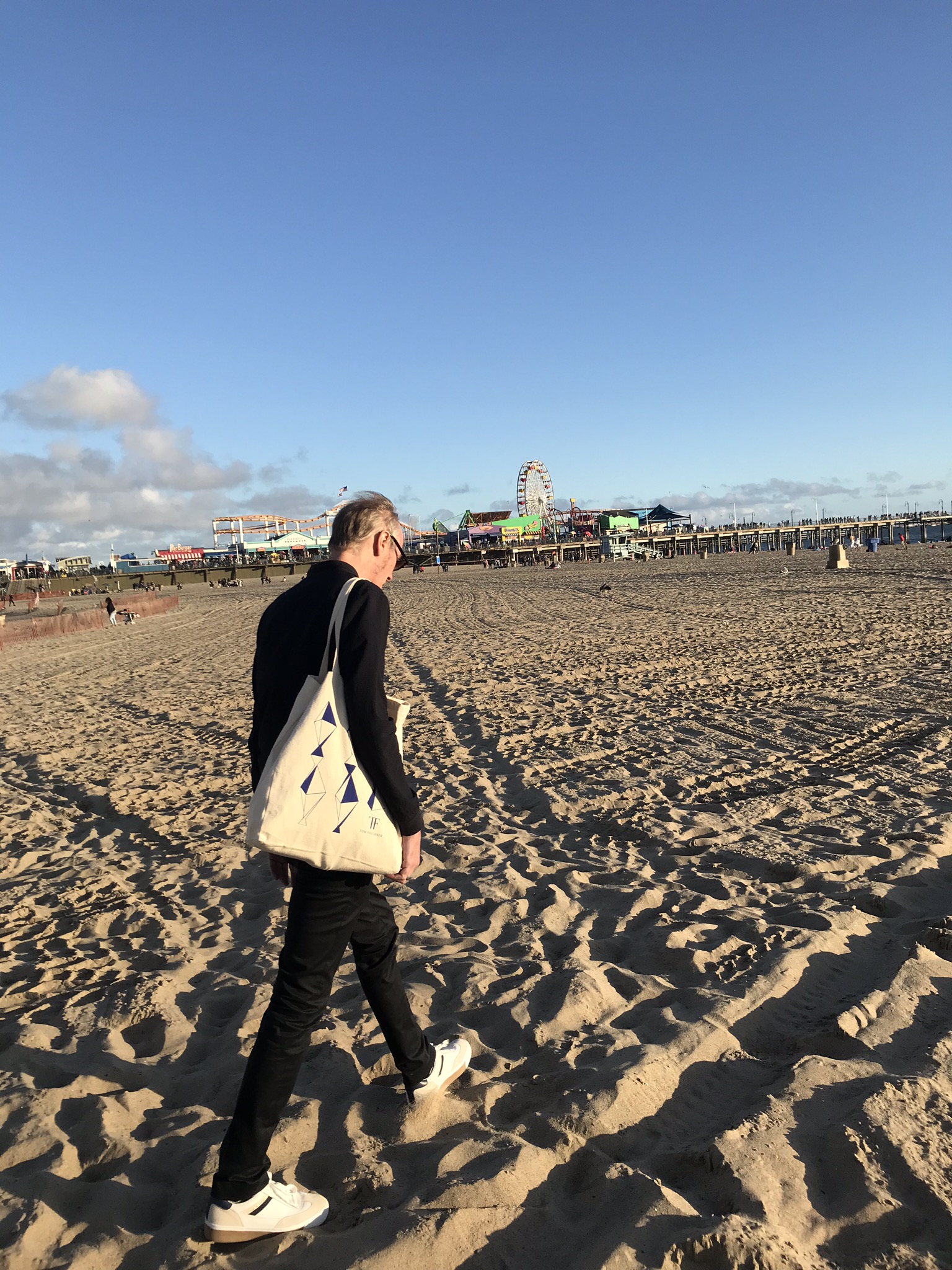 If you love the beach, don’t miss a trip to Malibu, where the ocean is unparalleled. Have breakfast at Malibu Farm Pier, check out the Getty Museum and hike Malibu Canyon - the hikes in LA are truly magnificent! 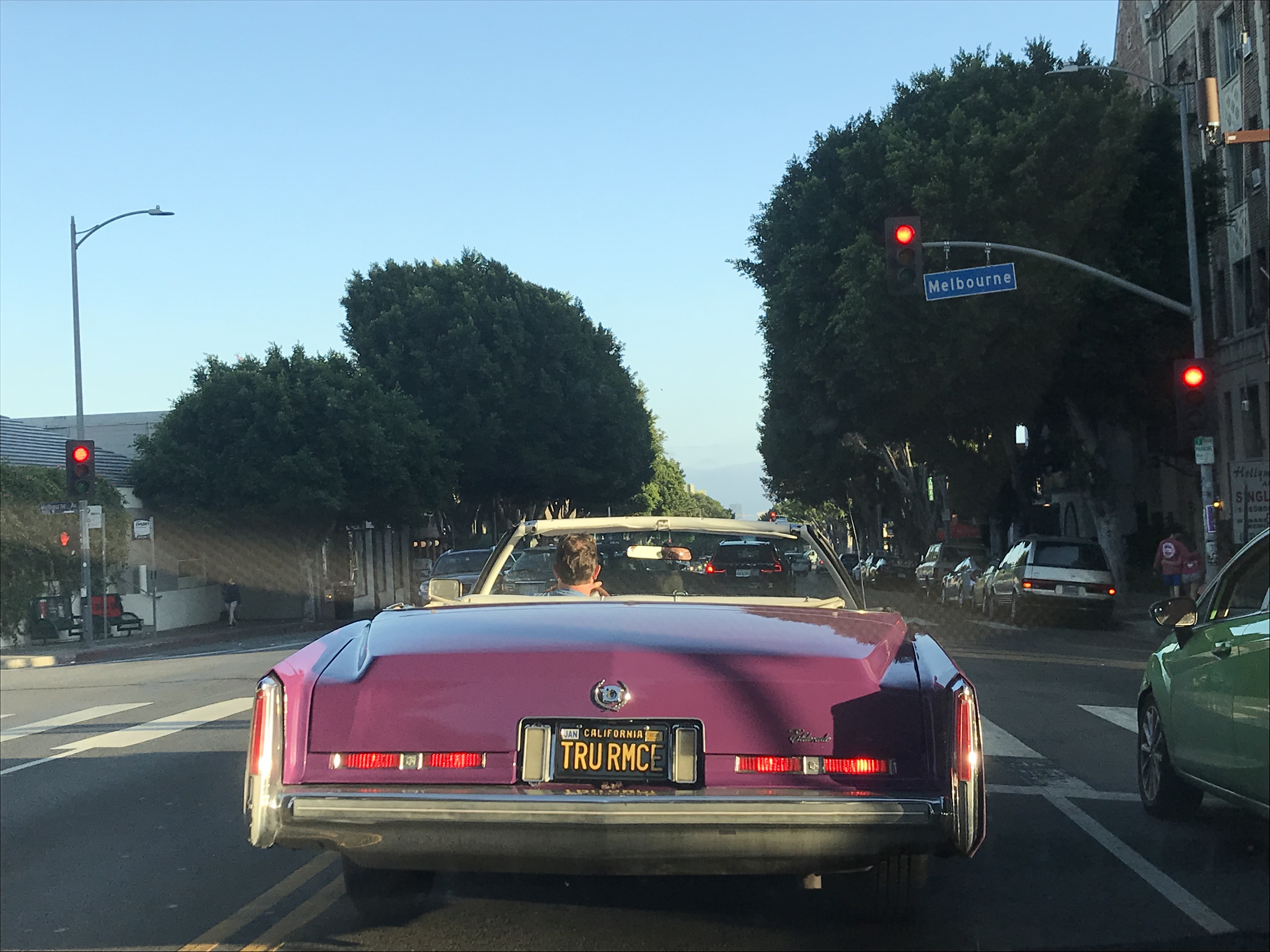 Rent a car. LA is impossible to walk around as it’s so vast and you’ll want to squeeze a lot in. At the ripe age of 54, I still can’t shake the feeling that driving a car down Sunset Boulevard is still somehow incredibly cool…