Art and design have a tendency to seep into one another. It’s a give and take that has an especially invigorating effect when applied to sculpture and furniture. Tom’s work is, in many senses, a product of the aesthetic world around him. He finds creative sparks in everything from nature to architecture, though sculpture is something that strikes a chord time and time again. So, to shed a light on the internal machinations of his design practice, he’s formed a list of ten favourite sculptors that have had an impact on him over the years… 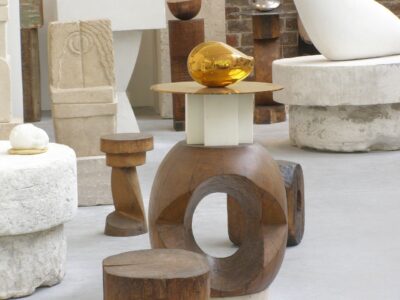 Selection of sculptures by Constantin Brâncuși

Romanian sculptor, Constantin Brâncuși is known for his amorphous forms and their interconnectivity with one another. He often creates sculptures that bear resemblance to human forms, entangled in one another. He also draws upon natural motifs like birds, capturing their dynamism as they blast off into new lands. His work is both wonderfully approachable and contemplative, infusing it with an enduring relevance to creatives the world over.

Richard Serra’s work is characterised by monumental, sweeping forms of stark, industrial material. They often play with balance and rhythm, disrupting space to create new inhabitable atmospheres. His works set in nature are often especially compelling, as they appear to splice the earth with unexpected – even mysterious – forms. There’s something of the 2001: A Space Odyssey monolith to them, creating a unique sense of incongruity. Tom was inspired by Serra’s House of Cards, in particular, creating the Edge table design in a similar gently balanced format. 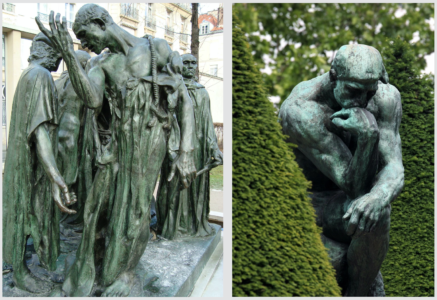 Auguste Rodin is, to many, the master of sculpture. His piece, The Thinker, is known the world over not only for the skill of the artist’s hand but also for its timeless relatability. It’s a tactful incarnation of those familiar moments when we slip into the ether of our own minds, losing track of time and space. There’s both a roughness and a delicate touch to Rodin’s work which manages to conjure a certain visceral dichotomy intrinsic to the condition of being.

Balance is key in design – and you’d be hard-pressed to find a better teacher than Alexander Calder. This Modern sculptor worked in metal to create spellbinding mobiles that seem to defy the laws of inertia. His choice of simple hues – mostly primary colours, black, and white – make his works especially recognisable as they dance through space. 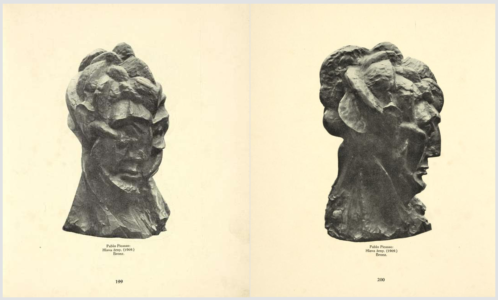 Many of us are more than familiar with Pablo Picasso, the painter – less are aware of his work as a sculptor. He harnessed many of the same concepts and techniques across both mediums, working in Cubist terms in both arenas. Though, sculpture provided a unique opportunity for a deeper interrogation of form as it’s viewed in the round. His two-dimensional Cubist works dismantled the different views of the subject to present them in one conglomeration on the canvas. In his sculptural work, he does the same, treating the object as he would in his paintings by fracturing its form to represent overlapping vignettes from various vantage points.

Much of Anthony Caro’s oeuvre carries a stark, utilitarian character. He created his pieces from found industrial objects, breathing life into them with bold coats of colour. He worked as an assistant to Modernist sculptor, Henry Moore, inching away from figurative work and deeper into abstraction. Caro’s use of materials like steel plates and beams, welded together using industrial techniques, are a testament to the beauty to be found in every manner of craft, inspiring a spirit of artistry in all forms of making. 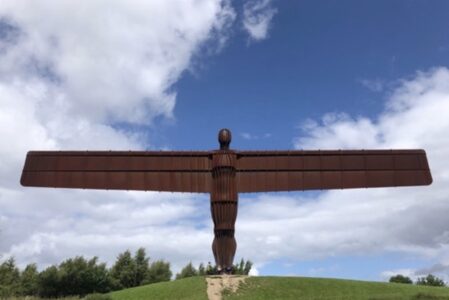 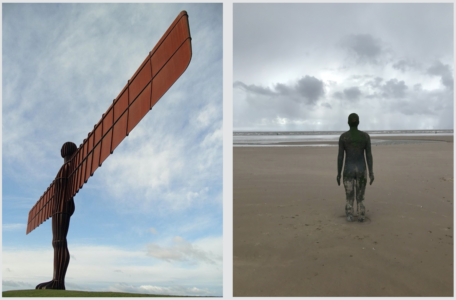 There’s a sense of solitude and distance in many works by contemporary British artist, Antony Gormley. His painted figures tumble through isolation, while his sculpted characters stand stolid with a certain desolate majesty. His 1998 Angel of the North stretches its monumental wings out high on a hill in Northeast England. Gormley explains that he “wanted to make an object that would be a focus of hope at a painful time of transition for the people of the Northeast, abandoned in the gap between the industrial and the information ages”. So, this stalwart of solitude stands in solidarity with those who the artist felt were, themselves, left alone and untethered from the world around them. The curvilinear details of the piece inspired Tom to create his own Angel table and chair designs, with legs that splay out into gently tapering feet. 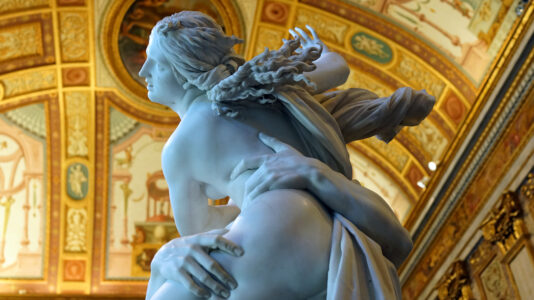 There is an almost impossibly haptic quality to the works of 17th century Italian sculptor, Gian Lorenzo Bernini. He created living flesh from stark marble, infusing a sense of warmth and vitality in the stone-cold material. The subjects of his work may be tied to ages past, but their aesthetic virtues live on with a sense of awe-inspiring vibrancy.

Barbara Hepworth is one of Britain’s most fascinating artists. She was a key character in the St Ives set of artists, helping to establish a creative colony on the blustery Cornish peninsula. Her sculpture has a strikingly organic quality to it, often hewn from natural materials and taking on colours like brown, ivory, and green that echo the surrounding land. Her work shines brightest when out in the open, displayed in her sculpture garden in St Ives, for example, where it can exist in harmony with prehistoric plant life and the ragged cliff’s edge. 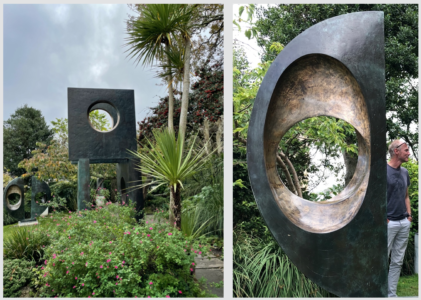 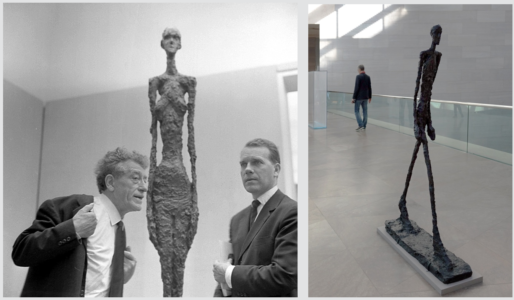 Alberto Giacometti was a bold pioneer of Italian Modernism, crafting craggy figures of bronze that teeter on spindly legs as they lurch towards a new visual vernacular. His work crossed into functional objects with a few similarly slender floor lamp designs and continues to influence contemporary creators. A careful eye will spot similarities between Giacometti’s forms and the legs of Tom’s Cloud tables, formed through age-old blacksmithing techniques. They share a considerately crafted roughness on the surface level, which pairs beautifully with long, elegant lines. 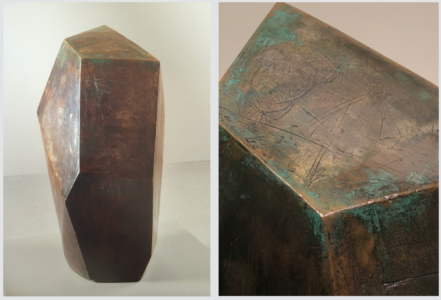