With the world feeling a bit more open than it did last summer, stepping out of our comfort zone and seeing new sights feels like a very enticing proposition. For Tom, travel is an endless source of inspiration. It’s an exercise in opening the eyes and the mind to fresh forms and new ideas. In that spirit of exploration, we’ve gathered ten of the most enriching travel destinations, bursting with spectacular architecture, iconic furniture, and culturally coded works of design. Your next great adventure in design starts here… 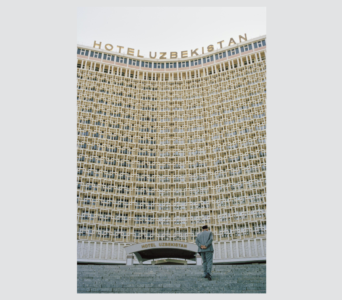 Tashkent is the capital of Uzbekistan, with a dizzyingly rich cultural history. This Central Asian city is a complex aesthetic amalgam, carrying everything from Persian, to German, to Japanese, to Soviet influences. The fabric of the place tells a story of constant cultural recalibration in reaction to a cavalcade of ruling powers. The result is a diverse range of architectural marvels, from the domes and colonnades of its Islamic walled settlement to the white marble monoliths of its Russian colonial city. Tashkent is in the process of erasing parts of its Soviet legacy, doing away with many starkly Modern, imposing edifices. Though they carry a complicated past, they are undeniably incredible to behold and it’s well worth catching them while you can.

Palace of Assembly in Chandigarh (1962) by Le Corbusier

Chandigarh is a spectacularly complete expression of Le Corbusier and his cousin, Pierre Jeanneret’s vision. Following India’s independence in 1947, the country’s first Prime Minister, Jawaharlal Nehru brought the pair in to conceive of a fresh face for India. This city was to become the capitol of Punjab and neighbouring Haryana, shining a new and modern light across the provinces. Swiss maestro of Modernism, Le Corbusier, took an orderly approach to the city’s structural plan and architecture. He laid it out as a grid, with grand boulevards and imposing concrete buildings in his classically stark style. Though, he and Pierre Jeanneret deviated from their usual palette of white-washed walls and tubular steel furnishings. They strove, instead, to inculcate a certain sense of place and cultural character into their design through their choice of warmer, more textural materials. The pair was very intentional in their choices, opting for unpainted concrete for buildings like the High Court and Palace of Assembly, as well as selecting local teak wood and woven cane for the now iconic site-specific furnishings. The result was, in Nehru’s words, “an expression of the nation’s faith in the future”. 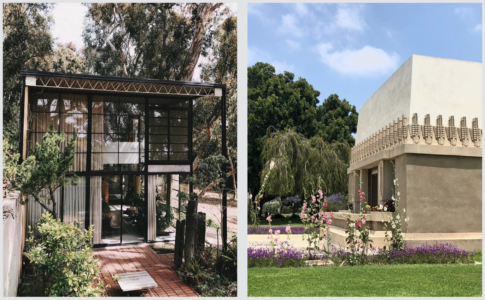 Los Angeles isn’t necessarily one of the best kept secrets when it comes to design. Although, its popularity is by no means without merit. This sprawling city is home to the works of many infamous Modern architects and designers, from John Lautner and his futuristic Garcia House to Charles and Ray Eames and their Case Study House No. 8. It’s a cornucopia of architectural marvels, boasting legendary works by Frank Lloyd Wright, illustrating his exploratory approach to architecture as he stepped away from his longitudinal Prairie style and towards his take on Mayan Revival with projects like Hollyhock House. More recent contributions to the LA landscape include Richard Meier’s Getty Center, Frank Gehry’s Walt Disney Concert Hall, and Renzo Piano’s Academy Museum of Motion Pictures. These three works of jaw-dropping architecture are home to equally inspiring art and performances, leaving you spoiled for choice in this west coast wonderland. 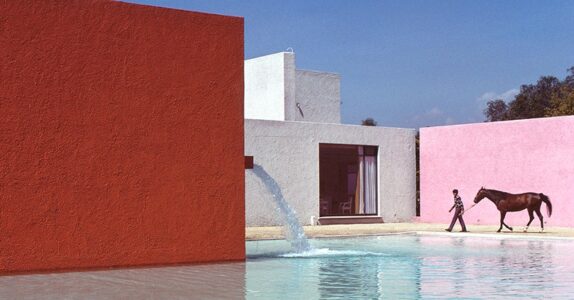 Mexico City is an explosive combination of pre-Colombian ruins, Spanish cathedrals, and Art Deco cinemas, punctuated by characterful streets of colourful homes. Named World Design Capital in 2018, it’s home to the work of artists, Diego Rivera and Mathias Goeritz, as well as architectural masterpieces by Luis Barragán. From the 1930s to 1960s, Josef and Anni Albers, along with countless other modern creators, were attracted to Mexico City time and time again. It remains a melting pot of influences, drawing on indigenous craft and traditional materials, reinvigorating them through innovative, collaborative initiatives. There’s a whole cast of contemporary talent working in Mexico City today, from architects like Tatiana Bilbao, to multidisciplinary design duo, Carlos Matos and Lucas Cantú of studio, Tezontle. Cecilia León, director of the ZONAMACO Diseño, the design element of Mexico City’s contemporary art fair, describes the city as “a volcano that is about to erupt”, aptly capturing the creative energy and disruptive design force of this vibrant place. 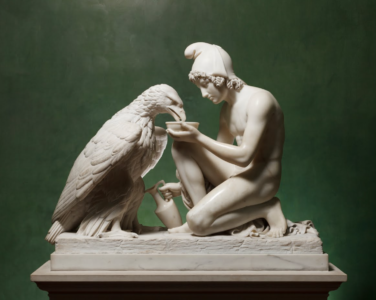 Copenhagen is bursting with distinctive design. It’s the home of various annual creative showcases, like Golden Days Festival, 3 Days of Design, and Copenhagen Art Week. Everything in this city seems to be carefully calibrated to delight design enthusiasts. Visit restaurants like Frederik Bille Brahe’s Apollo Bar and you’ll find that even the food is beautiful. Lovers of sculptor will be drawn in by the captivating creations of Bertel Thorvaldsen, the only non-Italian artist with work appearing in the Vatican’s St Peter’s Basilica. Strolling around Copenhagen, you’ll encounter architectural delights, like Arne Jacobsen’s Danish National Bank. You’ll also be struck by the vast array of museums scattered throughout the city, from the ancient treasure trove of Glyptotek, to the contemporary collection of Kunsthal Charlottenborg. For anyone with an eye for design, Copenhagen is truly a must-see destination. 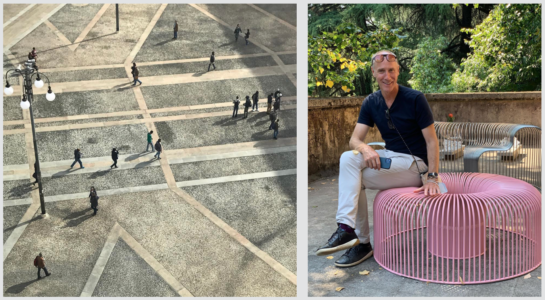 It won’t come as a surprise that Milan is among our top ten design destinations. As the home of Salone del Mobile, it’s an arbiter of taste internationally. It’s also bursting with multi-disciplinary institutions like the Design Museum and the Rem Koolhaas-designed, Fondazione Prada. Slightly lesser-known attractions include the House Museums of Milan, a collection of what were once four private residences of major Milanese art patrons. Nilufar Gallery and Nilufar Depot are also must-sees for lovers of 20th and 21st-century furniture. Plus, you’ll find an Aladdin’s cave of delights at Rossana Orlandi, an eclectic indoor-outdoor gallery of vintage furniture and emerging design talent. It will be difficult to resist the siren call of 10 Corso Como, a cultural hub with shops, a café, and a boutique hotel. For a deep dive into the work of design great, Achille Castiglioni, you can visit the studio where he worked, which now features a museum of his creations. Finally, for something especially awe-inspiring to top off your trip, stop in at the Chiesa Rossa to discover a spectacular installation by American light artist, Dan Flavin. 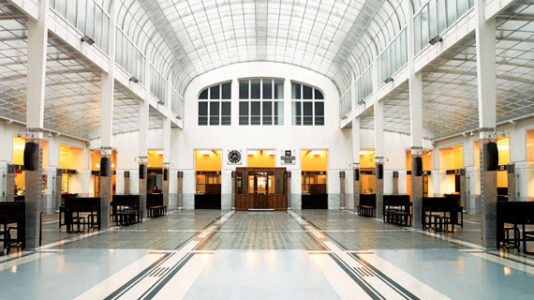 Vienna is often pinpointed as the land of Art Nouveau and Weiner schnitzel, and for good reason. These are no small contributions to the joy of life; although, the city has much to offer beyond its traditional wonders. You could spend an entire day at the Werkbund Estate, which is essentially the Modernist manifesto incarnated. This block of flats was designed by Adolf Loos, Richard Neutra, Josef Frank, Clemens Holzmeister, and Margarete Schütte-Lihotzky, and stands as a model for “the modern way of living”. Friedensriech Hundertwasser’s biomorphic Hundertwasserhaus apartment building is also an excellent representation of the city’s more recent design character, with a psychedelic look and an ecologically innovative bent. For a taste of the more traditional Vienna, however, it’s well worth visiting Stephanskirche cathedral for its Gothic architecture and multi-coloured mosaic roof. The building dates back to 1137, offering a flashback to the city’s pre-Hapsburgian style. Otto Wagner also left his mark in the form of the Postsparkasse, his monumental Art Nouveau post office, carefully curated down to the very last chair. Finally, for a sense of the city’s rich tradition of craft, step into the Lobmeyr glassware shop and visit the on-site museum. 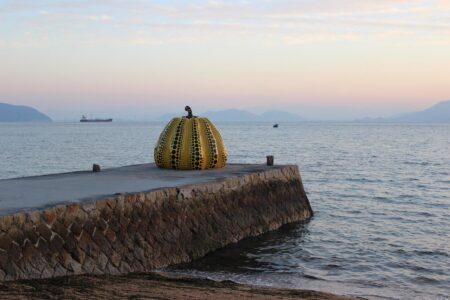 Japan’s Naoshima art island is an oasis of design. Created by Tadao Ando, it’s a beautiful distillation of international art and architecture, existing in perfect symbiosis with the natural environment. As you approach the island by ferry, you’re greeted by a gargantuan Yayoi Kusama pumpkin, setting the tone for your fantastical ramblings through this land of discovery. Be sure to stop by Benesse House, the spectacular hotel designed by Tadao Ando with a museum and sculpture garden featuring works by Niki de Saint Phalle. Those with a Minimalist leaning will be particularly struck by the Lee Ufan Museum and Teshima Art Museum as well. To fully immerse yourself in this otherworldly island, visit Chichu Art Museum where you’ll find a spectacular installation by American light artist, James Turrell. 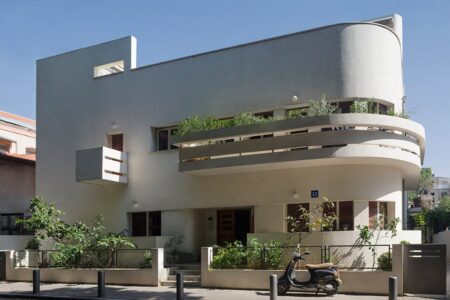 Tel Aviv is home to one of the best-preserved collections of Bauhaus architecture in the world. Its White City is a UNESCO World Heritage Site for this very reason, with over 4,000 examples of the International Style constructed between 1920 and 1940. The city within a city emerged at the hands of German-Jewish architects who relocated to Tel Aviv as the Nazi threat loomed large over Europe. For an immersive trip through the creative fruits of this turbulent time, visit the Bauhaus Center Tel Aviv and soak in the sights of White City, like Zeev Rechter’s beautifully stark Avraham Soskin House. 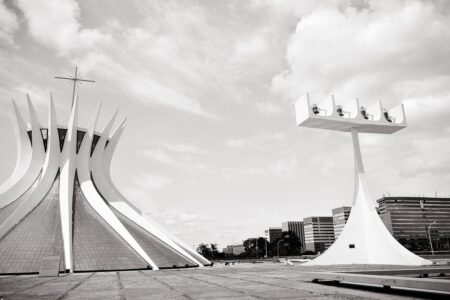 Cathedral of Brasília (1970) by Oscar Niemeyer

Brasília was built from scratch as a future-forward new capitol for Brazil. Lúcio Costa took on the city’s planning while Oscar Niemeyer spearheaded its architectural design, overseeing the project as it was built from nothing over the course of just five years. The city was inaugurated in 1960, stepping forth as a distinctly Futuristic capitol of sinuous white structures. Niemeyer’s famous Cathedral of Brasília holds court, alongside his medley of governmental Palaces: the Planalto, Alvorada, and Itamaraty. The result is along the lines of Le Corbusier’s notion of the ‘machine for living’: an ultra-efficient, fine-tuned system geared toward functionality. Thankfully, a considerable dose of awe-inspiring beauty snuck into the plans, too.