In a world full of commodities that can be designed any number of ways, it can be hard to recognise gems of design. As a designer, Tom seeks them out, examining what it is about particular objects and their design that makes them so covetable. Here we’ve collected ten of Tom’s favourite items – each handpicked by Tom for their unique aesthetic, some with fascinating stories. Library kickstools and gold top guitars, here are a few of Tom’s favourite things. 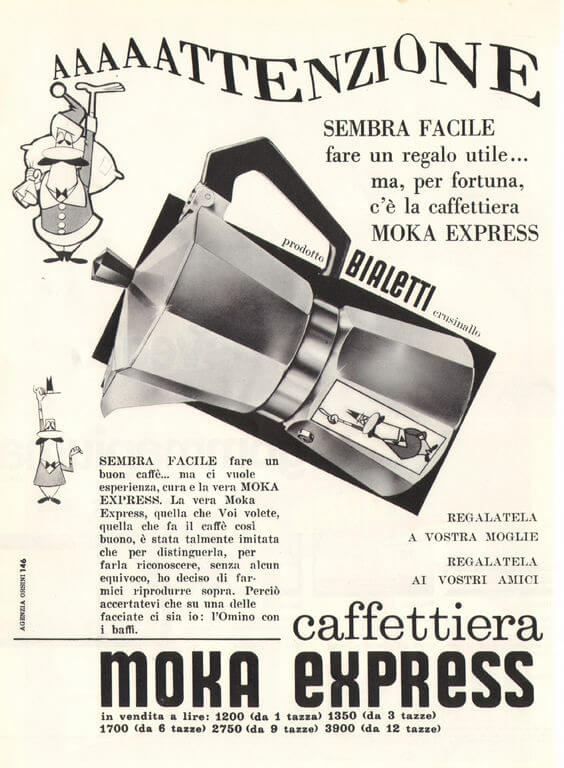 1.Bialetti Moka PotApart from making fantastic (and delightfully strong) coffee, the Bialetti Moka Express has a fascinating place in Italian history. The 1930s saw the rise of social, technological and economic changes, with caffeine and aluminium emerging as symbols of modernity. The combination of aluminium and coffee gave birth to the Moka Express – changing both how Italians brewed coffee, but also contributing to a change in Italian society. Coffee was previously confined to public coffeehouses, and these houses were the realm of men. The introduction of the Moka Express into the home happened at a time when the Italian family were adopting a more egalitarian approach. The Moka Pot gave people a coffee as intense as one you could buy in shops – Papa could make his coffee at home and take a more active role within the family. And with over 90% of Italian homes soon owning one, Mama could now enjoy coffee too. 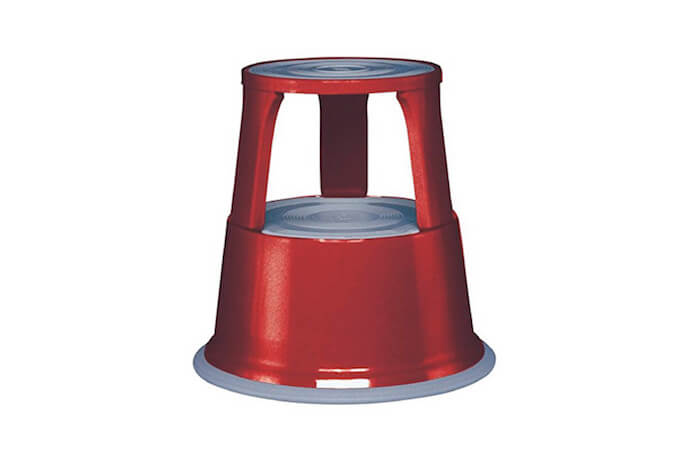 2.KickstoolThe humble kickstool – yes, the one you find in libraries and bookshops – is in Tom’s opinion one of the most overlooked and under-appreciated designs. Totally unassuming, it’s likely you’ll have used one (or we daresay even kicked one) and yet not stopped to consider its aesthetic, or how perfectly it fulfils its very specific purpose. Kick it and it rolls, stand on it and it stops and locks into place. Perfect for reaching what you need and also as a makeshift stool. Aesthetically there is no unnecessary adornment, function rules supreme and yet it’s reassuringly pleasing to look at. You’ll look out for one next time, right? 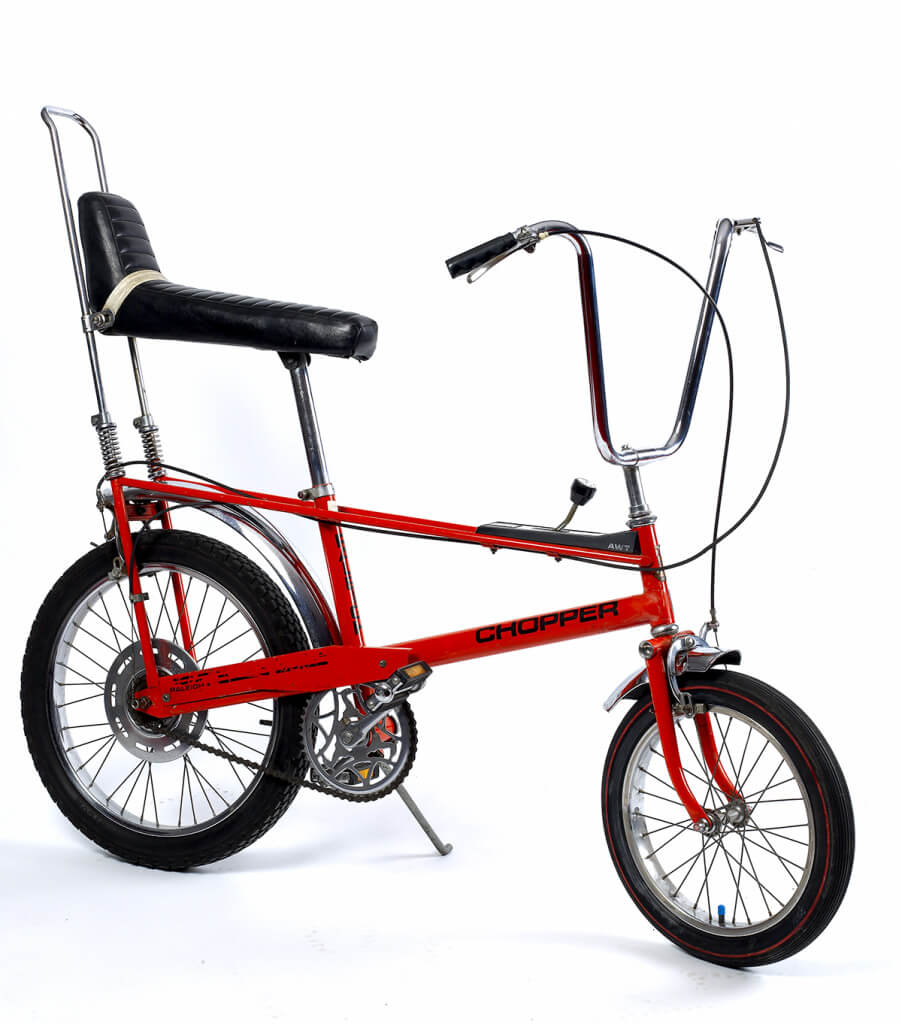 3.Raleigh Chopper BikeThe ultimate nostalgia-evoking toy of the 1970s, the Raleigh chopper bike’s unusual design is not without contention. Despite its seemingly unique design, two men claim it was theirs alone – one being Mr Karen, the designer at the consultancy firm employed by Raleigh, and the other being Raleigh’s Head of Design, Alan Oakley. However both men cite the same inspiration – the dragster cars and bikes of the 1960s – being responsible for two of its defining features, the large wheels at the back and ape hanger handlebars. Production ceased in 1979, but in 2004 a revival model was launched and the most recent model is still being produced today. Next year marks the 50th anniversary of the Raleigh Chopper. Perhaps time for Tom to indulge his lifelong appreciation! 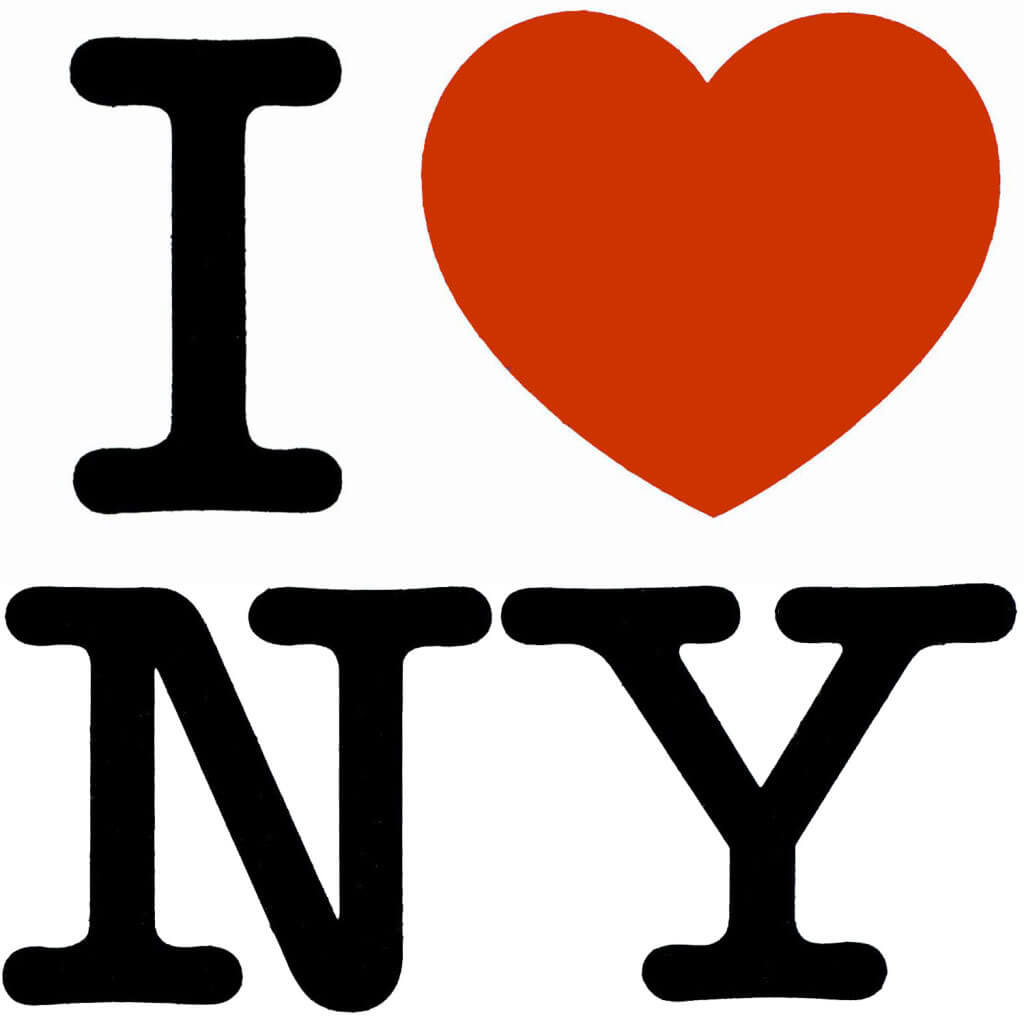 4.I heart NYWho would have known the ubiquitous I heart NY logo was originally sketched on a piece of scrap paper in the back of a taxi? Now emblazoned on merchandise that generates over $30 million a year for the city, it’s especially fascinating when you consider that the freelance designer employed to create the logo did the work pro bono! Milton Glaser arrived at the meeting with The New York State Department for Economic Development in 1977 with the sketch, inspired partly by Robert Indiana’s LOVE pop art image, and resolved to do the work free of charge, in the name of helping the city to regenerate and attract much needed tourism; “That’s what it should be,” he told graphic designer Chip Kidd in an interview in The Believer. “You want to do things like that, where you feel you can actually change things.” The 1970s had been a hard decade for the city. Crime was at a high and tourism at a low. Needless to say, the city’s fate has turned around and Glaser’s logo has since become synonymous with it. 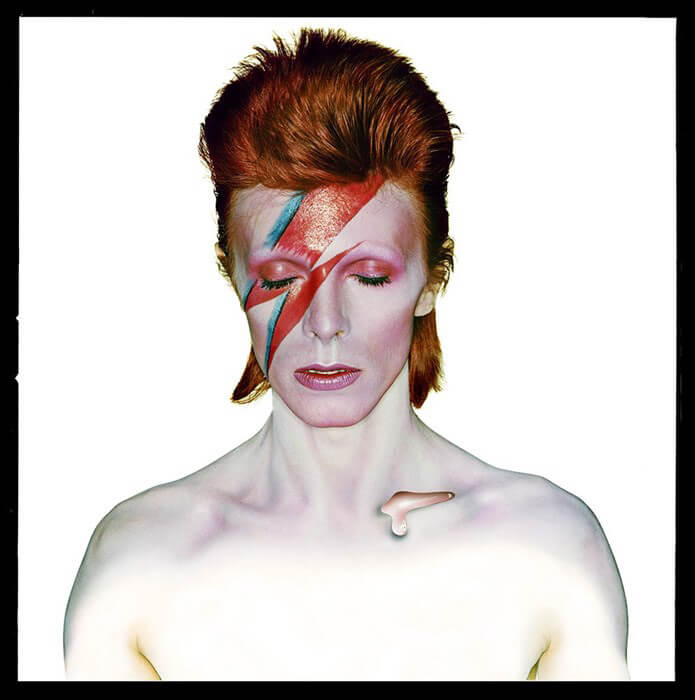 5. Aladdin Sane – David Bowie album coverA great album deserves a great cover, and Aladdin Sane doesn’t disappoint. It’s become ubiquitous, a modern icon of pop culture. Indeed the photographer’s son, Chris Duffy, likes to refer to it as the Mona Lisa of Pop. It came about after inspiration struck in the studio kitchen on set. Bowie was sitting in front of a rice cooker with a bolt logo. Inspired, photographer Duffy grabbed the make-up from the make-up artist and scrawled the initial flash shape directly onto Bowie’s face. After an hour of subsequent careful application the look was ready to be shot, cementing its place in pop culture history. And all in super shiny red lipstick. 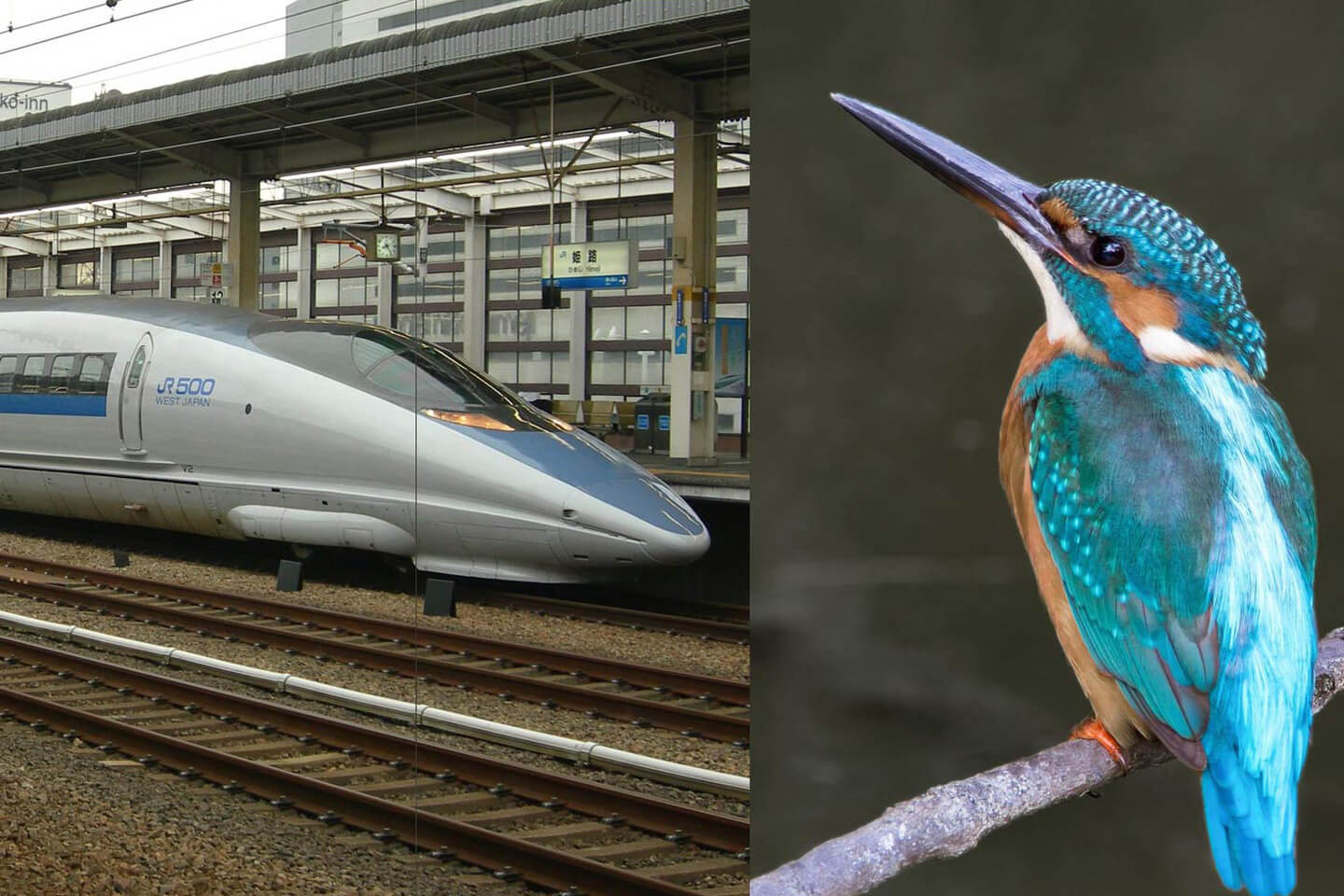 6.Japanese Bullet TrainAn incredible example of biomimicry, the Japanese bullet train, Shinkansen has a fascinating design story. It doesn’t look like your average train, and in fact earlier models were very different and much more recognisable as a train, with rounder noses. They were always fast however – so fast that as earlier models exited tunnels they made the most tremendous sound, the result of compressed area being forced out of the tunnel by the speeding train. Thankfully the man tasked with the redesign, Eiji Nakatsu, was a birdwatcher and sought inspiration from the unlikely source of three specific birds. In particular, the kingfisher’s beak shape was tested and found to best for reducing sound and also increasing speed. The new design was 10% faster, used 15% less electricity and stayed under the 70 decibel noise limit in built up areas. It makes you wonder – what other design problems could be solved by looking to nature? 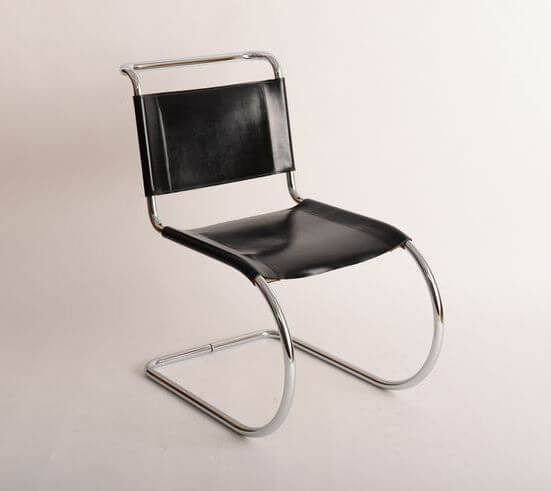 7. MR10The ultimate cantilever chair, Mies van der Rohe’s MR10 is one of Tom’s favourite furniture designs. The story goes that Mies had seen Mart Stam’s revolutionary original design for a cantilevered chair, but found it too angular with awkward and ugly joints. He experimented by bending tubular steel to create the beautifully balanced semi-circular curves of the front legs. This signature ‘less-is-more’ approach earned his cantilever version its enduring fame and acclaim. Learn more about 10 of the most iconic chair designs. 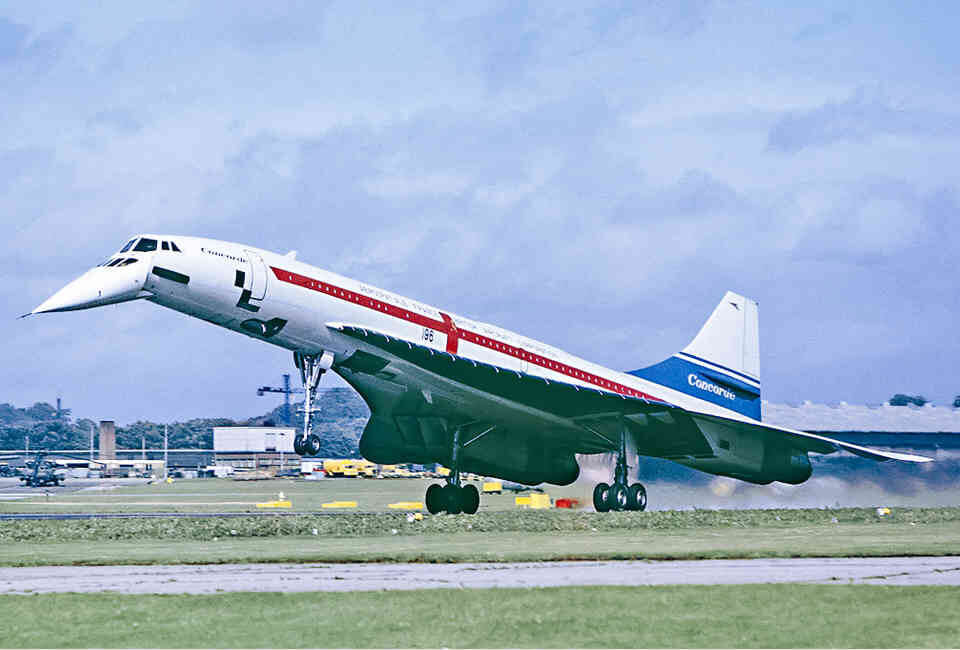 8.Concorde"Concorde more than deserves its place in design’s hall of fame: no passenger aircraft has ever been so fast, so thrilling and so sensationally beautiful, a flying machine imbued with engineering elegance and yet with the enticing visual simplicity of a perfect paper dart." Perfectly summed up by Jonathan Glancey, the Concorde remains as one of the world’s greatest design feats – travelling faster than the speed the Earth rotates, having the crazy effect that passengers were able to say that they landed before they had taken off. There is no end of interesting facts about the graceful airliner that flew for only 27 years, but our favourite concerns its pointy nose cone. It was adjustable, moving up and down to allow pilots to see when taking off and landing. This was because although the pointed nose was great for travelling at supersonic speed, it impeded the pilots view of the runway. Like most people, we just wish we could have flown on one before all models were retired in 2003. 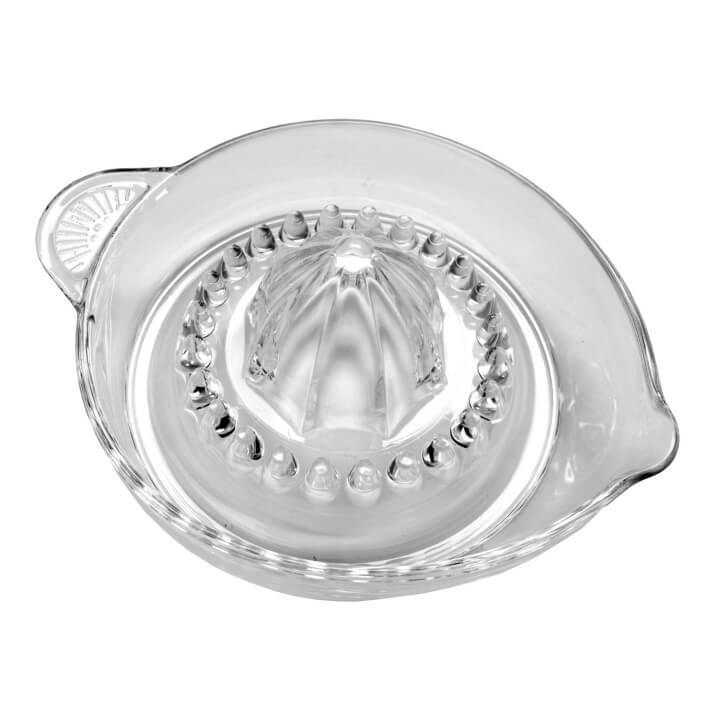 9.Moulded Glass Lemon Squeezer"If it ain’t broke, don’t fix it" – never has a phrase been more apt than when you apply it to this wonderful design. Especially when you consider it alongside Philippe Starck’s infamous and highly impractical ‘Juicy Salif’ version. Found in Turkey and dating to the first quarter of the 18th century, the oldest known lemon squeezers were ceramic presses, however this moulded glass design has become what we think of as the traditional lemon squeezer. Little is known about the original designer (or at least we can’t find anything written about them), but let’s just agree they came up with a winner here. It works for lemons, limes, oranges and grapefruits. It’s simple, like all great design. All you have to do is press half the fruit onto the reamer and twist. The reservoir holds the juice, the glass teeth hold the seeds separate and the modest but sufficient handle means you can pour the juice wherever you need to. Don’t even get us started on why Starck’s doesn’t compare.

10.Gibson Les Paul Gold Top GuitarThe original Les Paul design later came to be known as the Gold Top due to its distinctive finish. It gained its name as early models had a golden maple top, achieved using a bronze powder, whilst the back was left natural. Other aspects of its design history remain slightly contentious, because of its status as a collaboration between Les Paul and Gibson. Gibson maintain that the design was finalised before Les Paul even became involved, whereas Les Paul insisted he had a say in every aspect of its design. A common problem in design collaboration history. Regardless, Tom loves this specific and iconic design due to its vintage aesthetic, golden patina and understated elegance.