As we settle into what looks to be a very British summer, seeking out fresh adventures close to home is at the forefront of many minds. There’s no better time to explore some of the less known cultural gems peppered throughout the country. So, we’ve rounded up a few of our favourite places to delve into the lives, works, and collections of some of Britain’s most prolific artistic figures, where one is bound to leave refreshed and inspired.

Kettle’s Yard is something of a time capsule, left just as Jim and Helen Ede liked it best. Here, the artwork contributes as much to the experience as the expertly curated furniture, objets d’art, and natural treasures. Kettle’s Yard is a profoundly atmospheric adventure, as you wind through some Britain’s most delightful modern artworks and admire the Ede’s careful attention to the most infinitesimal of details.

Charleston House: Home and Playground to the Legendary Bloomsbury Group

Few artist circles inspire greater fascination than the Bloomsbury Group. They were decisively forward-thinking, artistically free-wheeling, and, let’s face it, a whole lot of fun. Their country hideaway is an absolute embodiment of their fluidity in art and life, reflecting a heartening sense of openness, endless possibility, and boundaries flung wide open. Visitors are invited to drink the Bloomsbury spirit in as they wander the house as well as the wondrous gardens surrounding it. The place is especially alive at the moment as it kicks off a year-round cultural calendar of events, from dramatic readings by Helena Bonham Carter and Tobias Menzies, to talks on design with Tom Dixon.

Henry Moore’s biomorphic forms have become a fixture in the British aesthetic lexicon. They are peppered through parks and urban environments alike, though, they are undoubtedly most at home in the artist’s studios and gardens in Hertfordshire. Here, one can explore Moore’s studios, where he lived and worked, as well as over 70 acres of sculpture gardens and the soft, rolling landscapes which envelop the pieces. For a new perspective on the artist’s oeuvre, visit the current exhibition curated by Edmund de Waal, This Living Hand, which addresses the role of touch in Moore’s art (running 19th May – 31st October 2021).

Trewyn Studio: The Home and Studio of Barbara Hepworth and Ben Nicholson

St Ives sits perched on one of the final spindly stretches of British land before it meets the sea. Be that as it may, it once played host to an effervescent community of modern artists, two of the most eminent being Barbara Hepworth and her then husband Ben Nicholson. The duo lived and worked at Trewyn Studio, where they enjoyed a period of immense creativity. Under the stewardship of The Tate, Hepworth’s work remains in its home today, where visitors are encouraged to pass a languid afternoon delighting in her magnificent sculptures.

Red House: The Arts and Crafts Home of William and Jane Morris 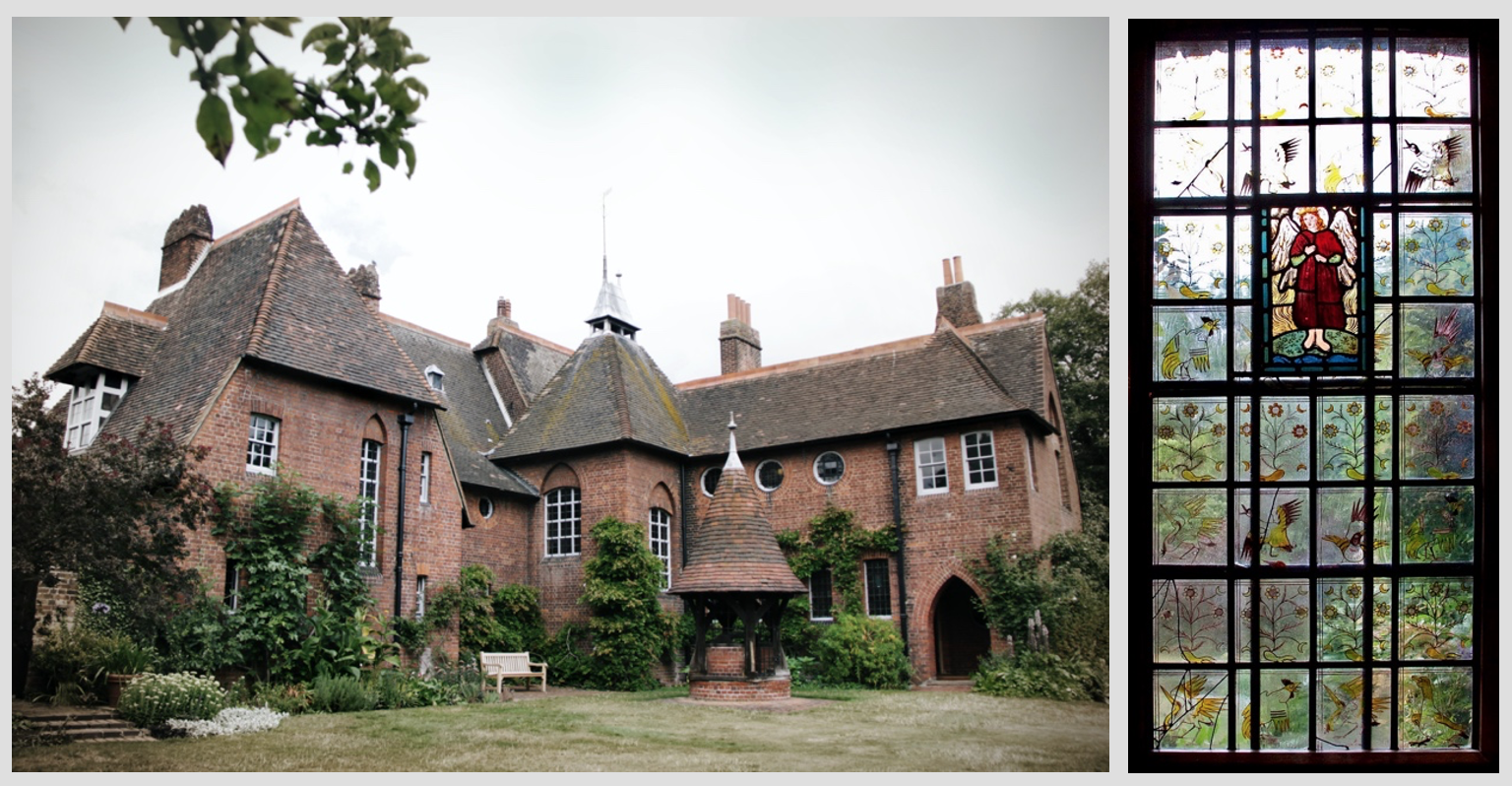 Nowhere do William Morris’s principles ring more clearly than in the walls and furnishings of Red House. Here, he not only made a home for himself and his wife, Jane, but also a statement as to how he proposed society should function. With a socialist bent, glory in nature, and a grand return to craft, Morris got to work setting his beliefs in stone, so that he may truly live by them and inspire others to do the same. Red House was full of life and creativity, playing host to numerous Pre-Raphaelite artists throughout the years, and continues to welcome new visitors so that they may be moved by Morris’s manifestation of idealism.