The Seven Metalwork Wonders of the World

Although our handmade furniture incorporates all kinds of material, from marble to Murano glass, Tom’s first love is metal. He draws inspiration from all kinds of high-quality metalwork, often from contexts far removed from luxury furniture. What attracts him is harmony between beauty, line and function. Here are Tom Faulkner’s Seven Metalwork Wonders of the World: 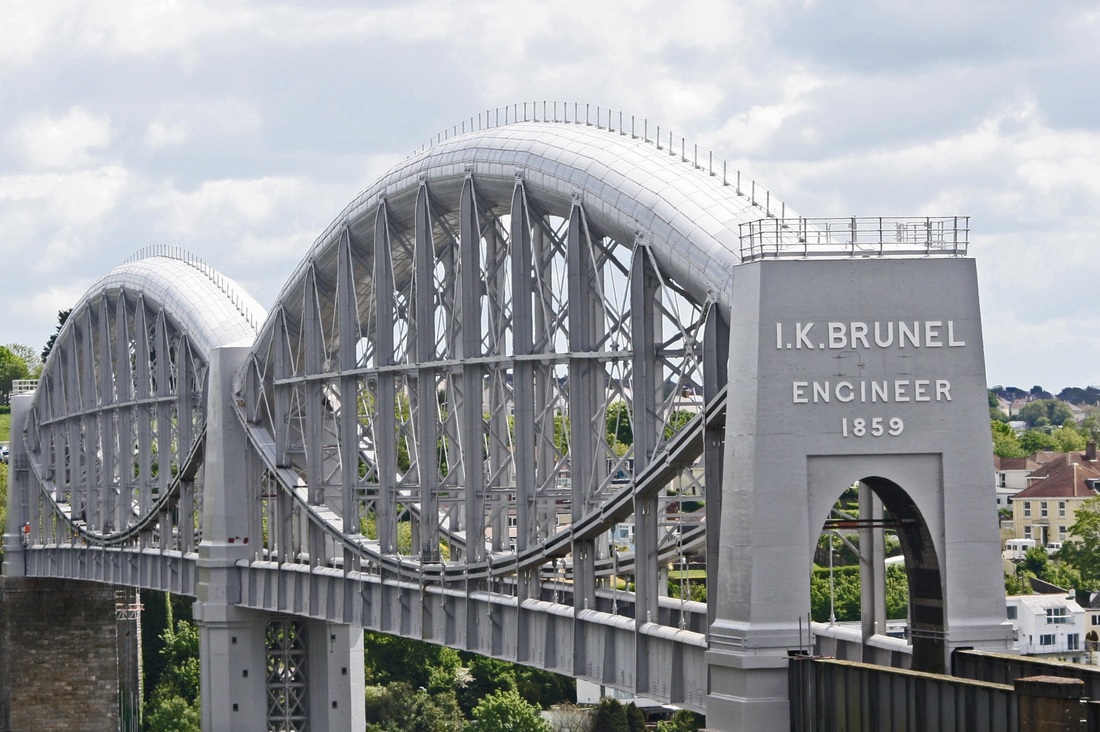 1. The Royal Albert Bridge at Saltash

We simply had to have something built by Isambard Kingdom Brunel, partly because we make our furniture in premises that once formed part of his Swindon Railway Workshops, but mostly because the man was a genius. Described by the civil engineering expert David Blockley as “Brunel’s final masterpiece”, the Royal Albert Bridge was built to a stunningly original design. It consists of two lenticular iron trusses, each weighing over a thousand tons and almost 140 metres in length. It straddles the River Tamar like a giant pair of eyes, linking Devon to Cornwall. An estimated 100,000 spectators watched the first arch lowered into place in 1857. Two years later, the bridge was officially opened by Prince Albert. A guidebook to the region published the same year proclaimed: “It is a labour of Hercules, but Mr Brunel has accomplished the feat”. 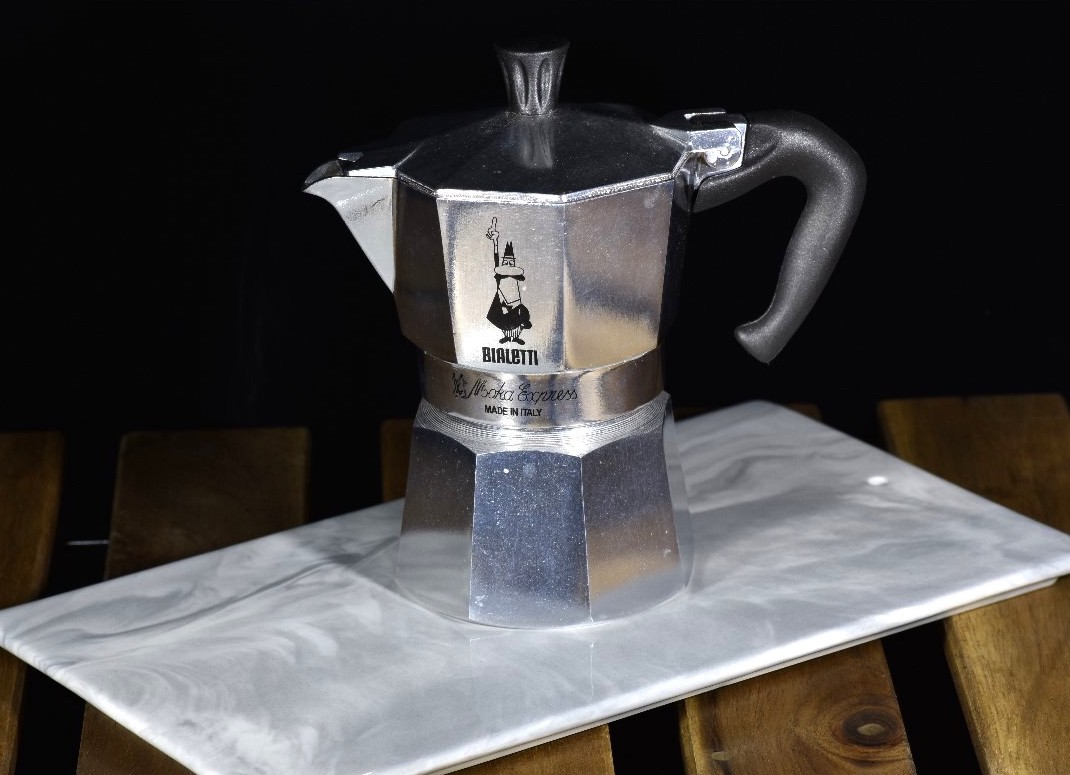 Never mind metalwork, the Bialetti is one of 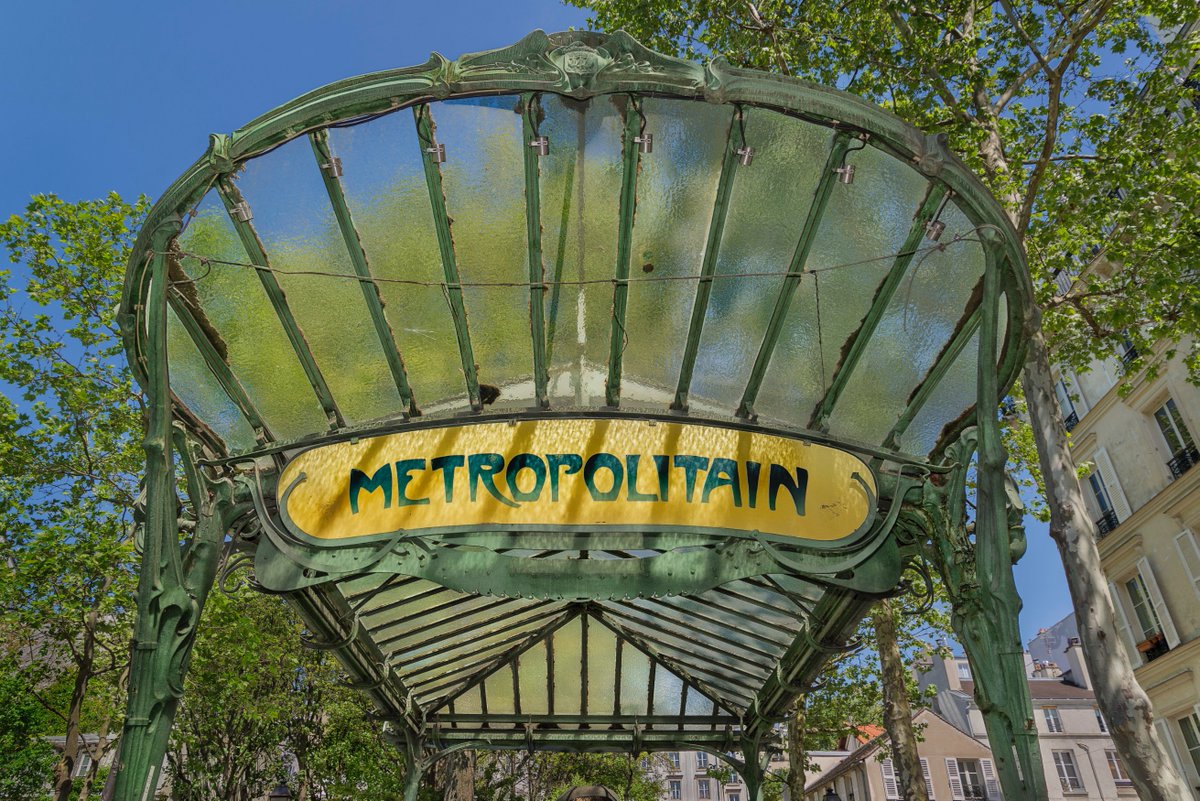 Nothing speaks loader of Belle Époque Paris than the Art Nouveau entrances to the city’s Métro stations. Sinuously constructed of cast iron and glass, they were designed by the Lyonnaise architect Hector Guimard and installed between 1900 and 1913. Not everyone was immediately enamoured of Guimard’s airy, plant form-based creations. Some considered their green colouring too ‘German’, while others objected to the ‘confusing’ and ‘un-French’ lettering. But Salvador Dali knew a good thing when he saw one. He described then as "those divine entrances to the Métro, by grace of which one can descend into the region of the subconscious of the living and monarchical aesthetic of tomorrow”. Today, almost everyone would agree with him, though they might not put it that way. The entrances have become emblematic of Paris. 86 of them survive and are protected national monuments. 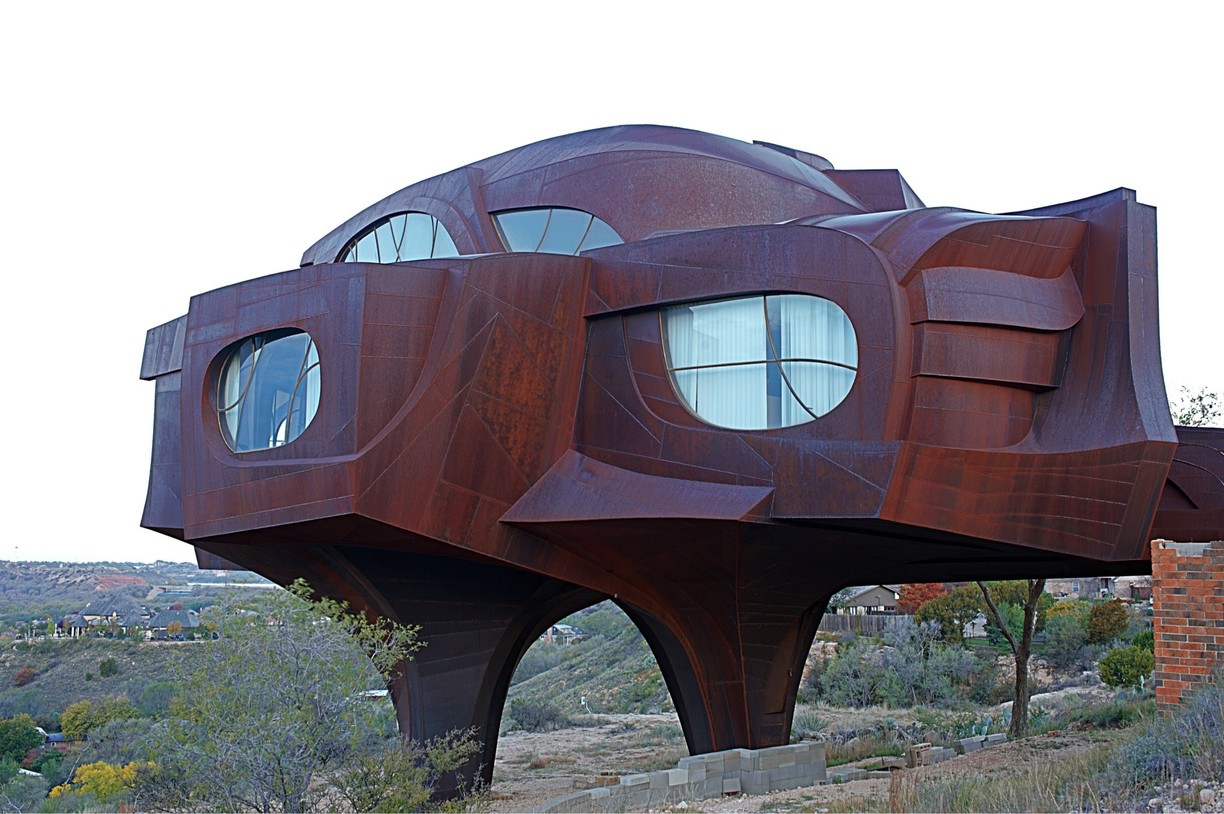 15 minutes outside downtown Lubbock, the sequence of interchangeable suburban houses is interrupted by one of the most extraordinary buildings on the planet. It looks as though it has been beamed down from another one. Describing it is tricky. It is vaguely suggestive of a James Bond villain’s lair, or a mutant robotic sci-fi creature. The one thing we can say for sure is that it made from 150 tons of hand-welded steel. Its creator, Robert Bruno, spent 35 years building it. More of a sculptor than an architect, he did so virtually without assistance and to no apparent plan. He would frequently jettison large portions of the structure, apparently on a whim, after working on them for months. When he died in 2008, the house was unfinished, but finishing it wasn’t really the point. It is a monument to obsession, and quite magnificent. 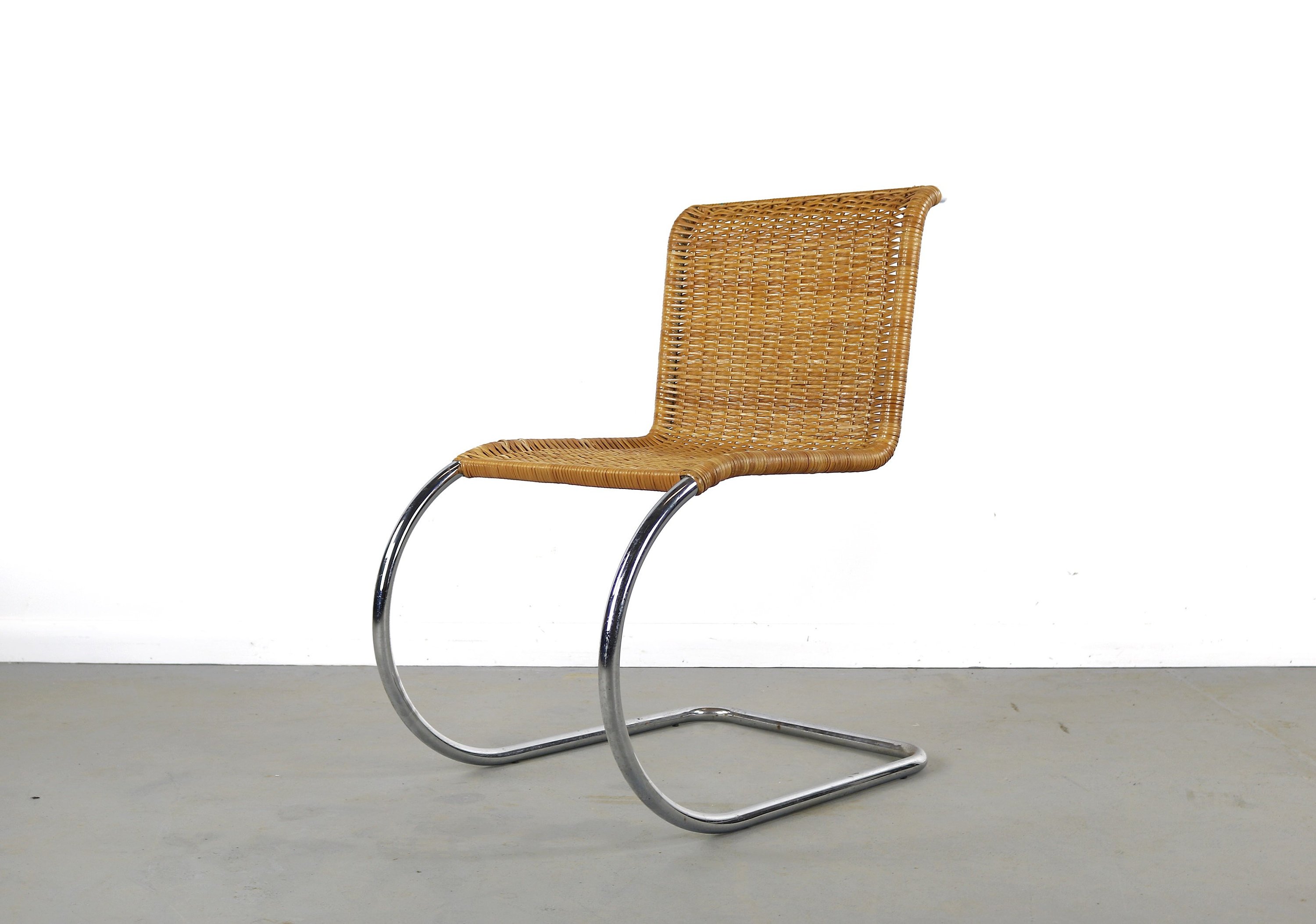 There is some debate about who invented the cantilever chair, a revolutionary piece of furniture that dispensed with legs and appeared to float on air. Marcel Breuer appears to have been the first person to use bent tubular steel (one of Tom’s favourite materials) in the construction of furniture. He was allegedly inspired to use it for his 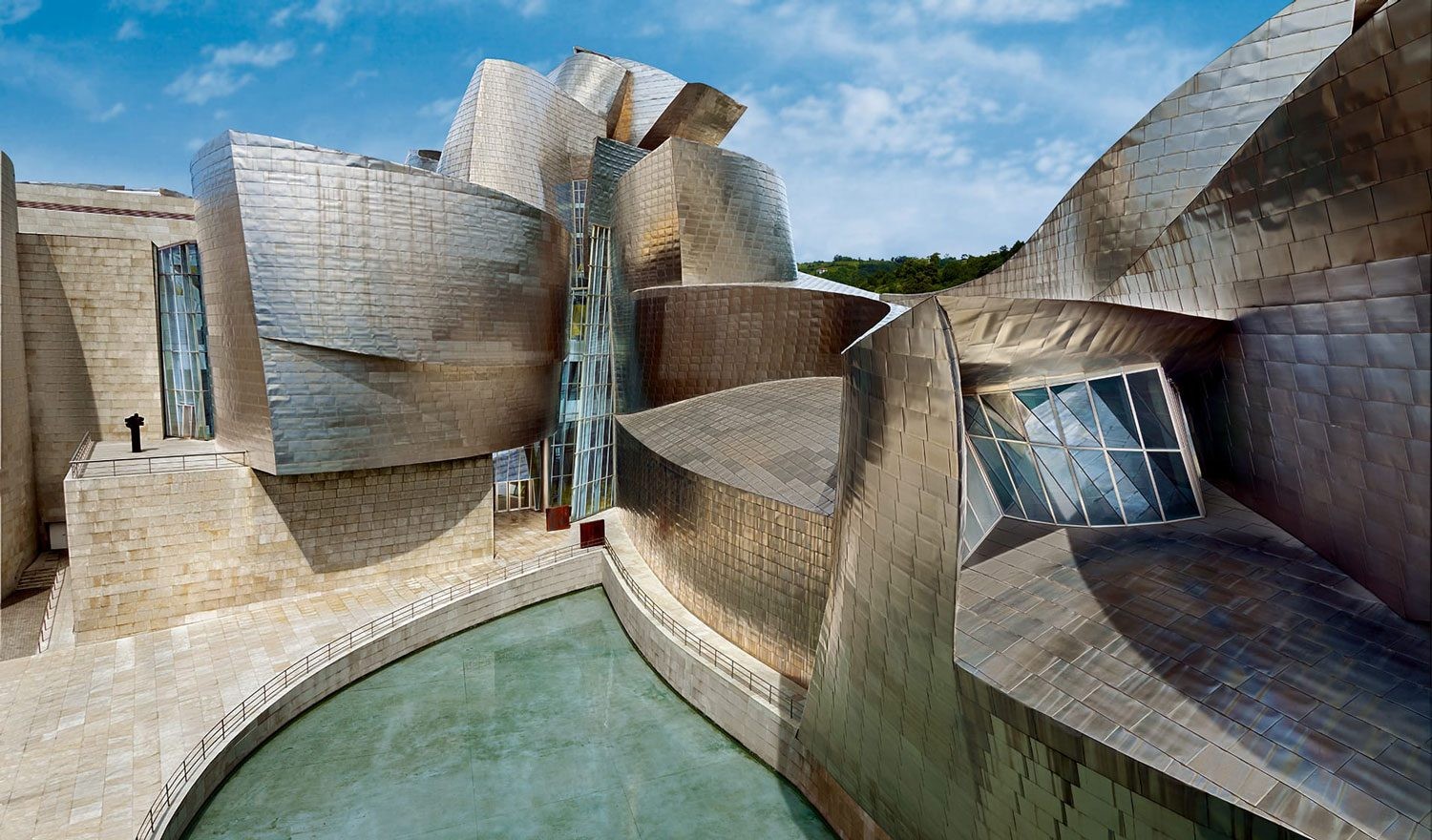 Resembling a cubist battleship, the Guggenheim in Bilbao is clad with 42,875 panels of titanium. Typically used in the aerospace, shipbuilding and medical industries, this light, strong metal is remarkably resistant to corrosion. It is rarely used as an exterior building material, not least because of its cost. But the architects, Frank O. Gehry and Associates, began to give it serious consideration when they realised that polished steel they had initially planned to use was too reflective in the sun and too dull on Bilbao’s cloudy days. They also discovered that titanium, although more than twice as expensive as steel at the time, could be used at half the thickness. The clincher came when they nailed a panel of the metal to a telephone pole in the carpark of their Los Angeles office on a drab day. It glowed a beautiful golden orange. The Guggenheim opened for business in 1997 and is almost universally regarded as one of the most beautiful buildings of the last 50 years. The titanium panels are so thin that they ripple in the wind, adding another dimension to the museum’s mesmerising nautical quality.

7. The Sword of Heavenly Iron

This remarkable katana (traditional Japanese sword) is literally made from a piece of the sky. It was forged by the master swordsmith Yoshindo Yoshiwara (b.1943) from iron extracted from a fragment of a 4 billion-year-old meteorite that fell to Earth in Namibia about 450 million years ago. Many scholars believe that humans first came into contact with the metal through deposits found in meteors, objects that naturally fascinated them. Tentetsuto, as this remarkable sword is called in Japanese, somehow brings the story full circle. It would be a staggeringly beautiful piece of craftsmanship anyway. Given its origins, it is breathtaking. It is on permanent display in Tokyo’s tallest building, the Sky Tower. Tom saw it on a trip to Japan in 2016 and was bowled over.